Dancer's Day is reminiscent of Jorge Donn, a talented unparalleled man who revolutionized contemporary arts: “Dance is done by two, like love,” said Donn and nothing was the same. 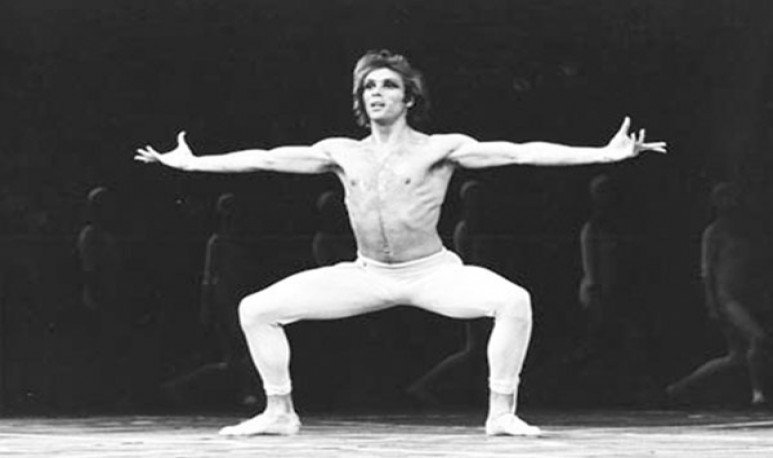 “ For an artist, his country is the one in which he can express himself,” Jorge Donn repeated although he never forgot his classes with teacher of masters Maria Fux, the creator of dance, and her roots that mixed immigrant cultures in the evenings in El Palomar.   Inspiration from the choreographic art of Maurice Bèjart, one of the renovators of last century dance, and partenaire of Russian dancers such as Maya Plisetskaya and Natalia Makarova,  Donn put on the  map to Argentina in the  arts in motion, and opened the  world's way  to Julio Bocca, Maximiliano Guerra and Paloma Herrera.   From the end of the sixties from New York to Bolshoi all fell surrendered at their feet, “ Dancing is dreaming with the feet ” assured the Argentinean who became popular with the Bolero de Ravel included in the film and iacute; French letter “One and the other” An example of life that said to his students,  “I hate comfort. It is a trap, it is an enemy of effort; of the will”

Jorge Donn was born in El Palomar, province of Buenos Aires, on February 29, 1948 (according to his birth certificate although Dancer's Day is celebrated for his 28th anniversary) He was one of the four sons of Mauricio Itovich and Rosa Donn.  In 1955 he entered the Dance School of the  Teatro Colon , one year ahead of the statutory age, and during the next ten years he learned from Aida Mastrazzi, Jorge Tomín, Michel Borowsky, Maria Ruanova, and expanding his knowledge in modern dance, then very poorly seen in the Columbus, with Renate Schottelius.   By 1965 he had some shares in Beatriz Ferrari's company, commercial and television on channel 7, and a role of Puck in “Dream of a Summer Night”, with Esteban Serrador. By then he used the mother's name as a stage name.  Everything was aimed at becoming the first dancer of the elitist Columbus until Maurice Béjart appeared   , the French choreographer who with his 20th Century Ballet brought dance to the masses  “I want to go with you to be part of the ballet,” says a Teenager Jorge, “We're complete. In addition, you're too young,” he restructured a Béjart in the middle of creative fever, behind the scenes of Columbus.  But Donn had already bought the ticket to Le Havre and his destiny, “twenty-five years of my life”  recognized in his memoirs Maurice in love with Donn, his companion and creative instrument to turn up art with choreographies transcending ballet and twinned theatre and cinema “Simplify and clean dance; rediscover and vivify the universal choreographic tradition: that people see a dance and project their own life into it,” wrote the Frenchman the project that Donn made meat.

“Maurice Béjart taught me how to dance in very few words. I must be the disciple with whom I speak least. One day he walked up to where I was practicing and slapped me. He didn't even explain to me why,” said Donn dedicated to teaching in Lausanne, Switzerland, in the mid-1980s, “I really understood what he wanted to say. From that moment I began to learn. That's also my way of teaching. I don't know another,” he ended up on a visit to Buenos Aires where he received the Konex Prize to one of the best Argentine dancers of all times. 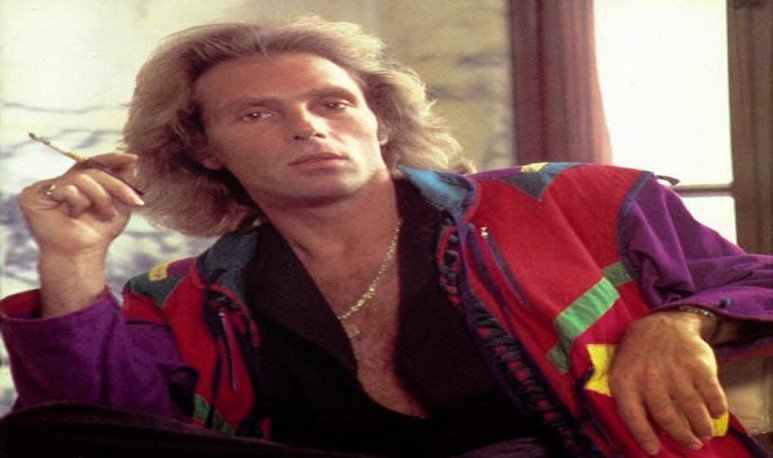 Béjart began to create especially for Donn, his first dancer immediately, and there were more than thirty totally innovative works: “Bhakti” (1968), “Nijinski, Clown de Dios (1971)” -which would have a remembered version in the early nineties with Cipe Liconvsky, “ ; Golestan: The Rose Garden” (1973), “What Love Tells Me” (1974), “Our Faust” (1975), “Leda” (1978), “Adagietto “(1981), among many others.  In 1979 he first performed Bolero de Ravel, a ballet that had originally been intended for a woman, and marveled director Claude Lelouch, who asked him if he was cheering up for his 1981 film, “The One and the Other” Both reached some of the iconic moments of the world cinema at the height of the Marilyn dress scene or the  Apocalypse Now helicopter  .   It was the times that another great creator, George Balanchine, called Donn as the first figure of the New York City Ballet, and already shared with Béjart the artistic direction of the Brussels-based company.

Your latest work for La Compañía del Sig! or XX was “Dibouk” in 1988. Looking for new challenges, perhaps with the certainty of short time on this plane, the dancer tried ephemeral groups in search of a path of his own outside Béjart.

“I spent the last two years of Jorge's exitence with him. It was an indelible period of long talks, lying on the floor of his house in Pasaje de la Piedad, leaving Buenos Aires with friends, being in constant contact. Although in the distance, he was always allied to Béjart,” he remembered in an interview Aldo Itcovich, his older brother in 1997, “Jorge left quiet from this world because he did what he wanted and lived it in full. I suppose Maurice found in him what totally embodied his ideas and Jorge gave himself absolutely to this: his existence was dedicated to giving life to the dance of Béjart.” Donn died in Lausanne on November 30, 1992 due to AIDS complications, in a terrible months for the dance world by the almost simultaneous death of Rudolf Nureyev, another revolutionary like him.  Nijinski, Nureyev and Donn invented the dance we know and enjoy today.

Maurice Béjart with his “Ballet for Life”, Denys Ganio “Tango una rosa para Jorge Donn” and Grazia Galante “Masticando Sueños” are some of the tributes of great creators to the great artist, who lends its name to the Buenos Aires School No. 2 “Jorge Donn” since 2004, and thousands of training centers in dance  “In the background, all I think about, is to give everything I can about me,” Donn confessed before he died, Jorge a natural force that illuminated millions.

“If I have a place in the world it was because I suffered to have it. I'm going to keep having it, even if it costs me more than I anticipate. Prejudice considers that a dancer ends his career at age 40. Who sets that limit? The society. Well, I don't accept it. I feel like I'm just starting. And I'm willing to start”, 1988 interview.

They say about Jorge Donn

“Beings who have lived and who at a given moment and for different reasons reach a mythological point, like Marilyn, like Evita. Or as Jorge Donn” Maurice Béjart in a report by Fernando López in  www.lanacion.com.ar , 1997