The Argentine creator, brilliant illustrator, exquisite music, revolutionizes the arts in how to tell us about the innocence of the child who does not stop asking. Let it be. 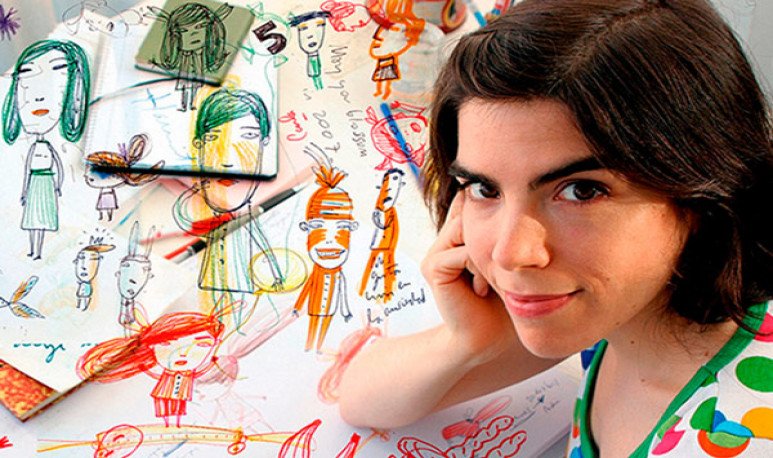 In Isol ducklings can turn up a world and piñatas discover their potentialities without prejudice. Or geniuses that pass and teach us to be and not seem. Like beautiful Griselda, “things don't have to be as they say”  This original visual narrator, in children's albumens, consecrated illustrations and rupturist comics, expanded what you could draw, color and say on the path of  Maria Elena Walsh ,  Elsa Bornemann but also a friend of Carlos Nine,  Quino  and Liniers “ Those psychotic media drawings”, who awarded her in Mexico with “Vida de perros”, are lightning rods of fears and desires that have no age limit  . “I thought in the newspaper La Nacion, “It's not like I think about children. I think of the child as a character. I have a lot of empathy with a look: that of the child who is still out of culture. It is a purer, more decontaminated look: why is this right and this is another wrong? Adults anesthetize ourselves. There are many things we do alienated, the system is like that "Isol takes us in the footsteps of those petit sleeping children, in the impossible? return to childhood that is the first homeland, and see the world for the first time.

Marisol Misenta, aka Isol, was born in Buenos Aires on March 6, 1972. Daughter of parents with strong artistic interests, freedom of expression marked her way to Fine Arts, graduated from the Rogelio Yrurtia National School, “as a girl I read a Chinese story where a man had to cross a place with a ghost on top. He laughed and the ghost left. It's a very real metaphor.  When you manage to laugh at your ghosts you're no longer stuck in the middle, you can move forward. It is very liberating”  he told Cecilia Alemano de Almagro Magazine. Another great influence as a child was the reading of the remembered series Cuentos de Polidoro, a collection of children's stories -and not so much-, with the illustrations of great masters such as Hermenegildo Sábat, Ayax Barnes, Napoleon, Grillo, Alba Ponce and others — and that some time ago Isol managed to make it included in the Argentina Reading Plan. The best of the Argentine school of drawing from the seventies influenced the diversity of techniques and freedom of the stroke that would accompany the artist later.

After participating in the fanzine movement in the late eighties and incorporating engraving tools, he gets collaborations in “Humor”  and makes a trip to Europe that radically changes his idea about what could be told and shown in children's books. And he decided in 1997 to participate with “Vida de perros” in the call “On the shore of the Wind” of the Mexican Fondo de Cultura Económica, editorial with a long tradition in that area, “They answered me that my drawings were medium psychotic. But they decided to publish it the same, with an honorable mention. And once they started selling, they called me to tell me, “I made more of those psychotic drawings ,” recalls the artist from that big door that opened for worldwide recognition. A year later he published two more books, “Things that pass” and “A gift surprise” At the turn of the two thousand he was already illustrating for the famous American writer Paul Auster and making difficult decisions, such as leaving the hit pop band Entre Ríos, and starting the performances with SIMA, electronic music with his brother Federico. 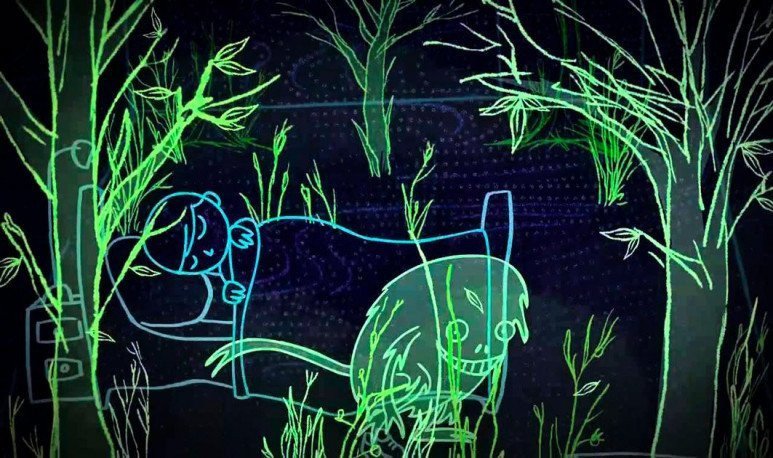 The syllabary of Isol

In 2007, the American Institute of Graphic Arts (AIGA), the most important design association in the United States, and perhaps in the world, selected among 920 works their book “Having a duckling is useful”, as part of the yearbook AIGA 50 Books/50 Covers   .   Twice finalist of the  Hans Christian Andersen  , the Nobel Prize for the authors for boys in 2006 and 2007, among the national awards stands out the ALIJA Prize (Argentine Children's and Youth Book Association) for “Piñatas ” Although his giant stature among the best in the world won it with the Astrid Lindgren Memorial Award 2013 ALMA (Swedish National Council of Culture) for all his work.

“Petit, the Monster”, a great story where a child most commonly questions conventions, is a  best seller  of the first decade of the millennium, and had its version animated by  Paka Paka  in 2018  . Among his notable collaborations with writers are Graciela Montes and Jorge Luján,  “Working with Luján was a very rich experience because his texts are sometimes abstract and that posed a challenge when it comes to drawing,” Isol said in 2014 about a communion that illuminated the wonderful “Tic Tac”, Golden Apple Award at the Illustration Biennial in Bratislava, Slovakia.

“If they follow me — my readers — it's because they like books and drawings, so I would encourage them to entertain themselves with such fantastic activities as reading, drawing, writing. Books helped me a lot to spend moments of boredom or loneliness, turning a bland afternoon into adventure, new friends and desire to do things. I think it's also good not to fear boredom, to have a moment of silence, calm, to find new ideas, new games”, confessed Isol on  www.cultura.gob.ar , that with more than twenty illustrated books, the last “Impossible” (FCE, 2018), translations from the United States to Korea, and several musical productions,  the artist sows innocence and luminosity in Argentine culture  “My wish is that what I do can evoke that kind of pleasure as I feel when I see those works I enjoy so much, those books. A pleasure that excites you and makes you want to do and think things that you hadn't foreseen - Roberto Sotelo said at  www.imaginaria.com.ar-  The same happens to me with texts, that I work from my love for certain absurd poetry, trying to make powerful texts and intelligent, and never solemn.  When I imagine who the book will come to, I like to think of a restless and playful mind more than a reader of a certain age. In a pair” No voice is left out in Isol's syllabary.

“It seems to me that you can reflect much better from humor than from a more rigid or solemn thing. Much more than from a closed thought. In humor there is always thought, there is intelligence. Except for the one who makes fun of someone who fell. Although in that there is also a lot of our fears. Humor always speaks about us” in  Opus Risa.  Micros with graphic comedians and illustrators of the Museum of Humor for the Canal de la Ciudad 2009-2015.  https://www.youtube.com/watch?v=KMAFVKhtfHs

They say about Isol

“Isol creates picture books at the height of the child's eyes. His images vibrate with energy and explosive emotions. With a moderate palette and always innovative pictorial solutions, it changes entrenched perspectives and pushes the boundaries of the middle of picture books. Taking as a starting point the clear vision that children have in the world, he answers their questions with a strong artistic expression and offers open answers. With liberating humor and lightness, he also deals with the darkest aspects of existence”  Fundamentals for the Astrid Lindgren Memorial Award 2013 ALMA (Swedish National Council of Culture)