Argentinian artist who, with his photos, generates awareness of social and environmental problems. Also recognized innovator in fashion and advertising. 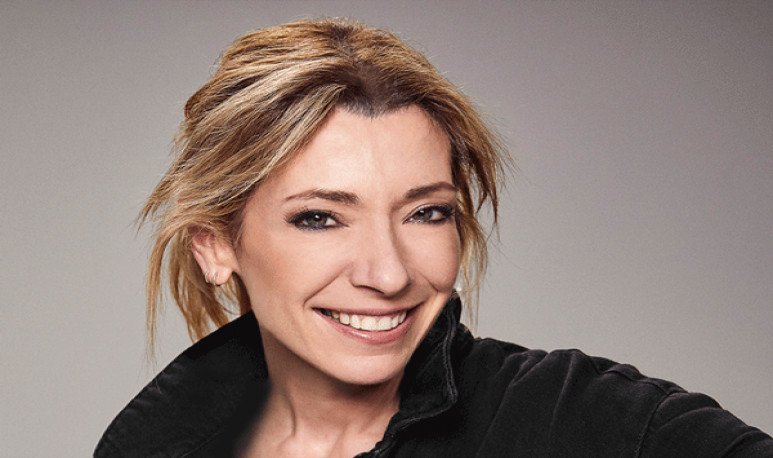 Capture each other's essence. In this way is Gaby Herbstein, who in recent years traveled the r etrato  in its most diverse aspects . Sometimes dreamlike, other times indicative, the artist's intimate path is consolidated with her recent step as a documentary filmmaker, with the support of the United Nations, and on the screen of the global platform  National Geographic .  New stations to discover the beauty of this world in the sensitive eye of Gaby, one who cares about traveling to the spiritual worlds without borders, and tell us about new subjectivities, new horizons, be it the devil of the Carnival of the Puna, or a guru of India , “for a long time I was a follower of the Beauty concept that has to do more with a mathematical formula, which has to do with what is PI, perfection. A numerical sequence that we find in nature and in manifestations of man. And with all this search I was expanding it and found beauty elsewhere . I think it has to do directly with starting to see. When you widen your consciousness you start to discover miracles in places where you didn't see before, and that's exciting and you start to see beauty in a lot of places where you didn't see her before, where you used to pass by” What do you see when you see me?

From her almost accidental beginnings in the profession, which she started accompanying a friend in the time she studied tourism, Gaby always remembers with love that her first photograph revealed was a palm tree. It was the days he took pictures anywhere, even in the dining room of his house, and flooded the walls with instantanes. Until that time in her dreams they were becoming an Egyptologist and, because of this, she also approached anthropology.  And he would never again abandon the desire to go into humanity represented in a character .  Nor is his vital drive to document the world in change . During the late 1980s and, much of the 1990s, she became the most sought-after photographer in the local media, and quickly jumps to international magazines of the calibre of Elle, Vogue Latinoamérica and Cosmopolitan. Something similar happens with the big brands, L'Oréal, Avon, Dove, Puma, Sony and Samsung - who appointed her ambassador-, and which require a new alternative in product promotion, which does not leave aside an artistic flight, nor a revaluation of the human figure as a field of trends -and differences.  Herbstein's huge posters that populate Buenos Aires, with their challenging but enigmatic faces, are a registered trademark of Buenos Aires culture at the end of the century.

“I'm from Taurus. It is a sign that is hard to get out of the comfort zone. I fought a lot in different stages and with different jobs, in breaking my comfort zone — to Maximiliano Sardi at  www.noticias.perfil.com -  It is a constant of my entire career.  When I was doing well the commercial, I went to artistic.   When I started to do well in the art, the gallery owners said to me 'You kept this way, 'but I got bored... “. In the mid-nineties Gaby was a fashion photographer, in the middle of the two thousand she was an artist. This leap takes place from the famous calendars, climate change, women in history, our roots as a country, among several of its themes, and which start with a campaign against HIV by Fundación Huéspedo in 1995. It was a solidarity continuation of the first works of Herbstein,  Pin-up girls , carried out with the agency Dotto Models, and the remembered Zodiac, in which 12 models represented each sign.  Gaby understands that the best way to conviculate a message resulted in twinning celebrities with good causes, such as that of a Jorge Lanata in a style of art povera -art pobre-, another for the Guest Foundation, or actress Ana María Giunta, in a doll box with the legend fra gil, against discrimination. 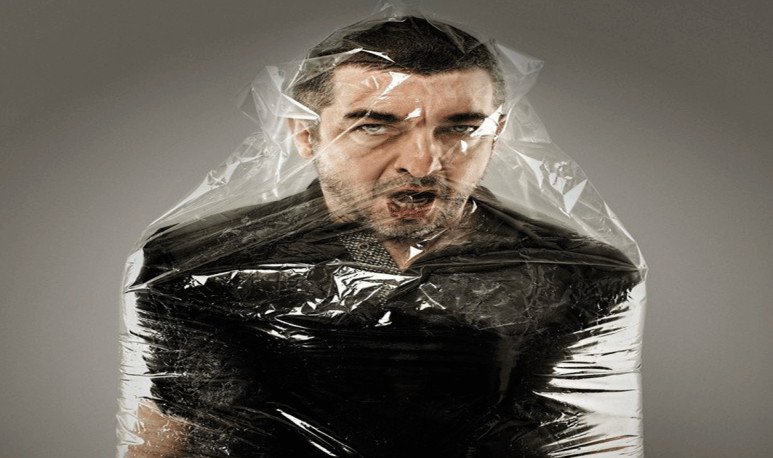 Leaving the traces that are not seen

“ That my work is not the simple ego of having taken a beautiful picture” ,  stands in Herbstein's premise of the new millennium, which reaches his first exhibition in 1998 at the Eduardo S Museum of Fine Arts ivori with a series of environmental echoes. “ Footprints” (1999), a series based on a profound research into the history of women of indigenous peoples, places its work in national and world art institutions. Simultaneously, the famous cover of “Bocanada” by Gustavo  Cerati,  one of her favorite portrayed, project the photographer to the rock world because she accurately records the reinvention of the singer Soda Stéreo  “Our idea was to tattoo it,” Herbstein would say to Laura Mafud- But  Charly -Garcia , who came with a purse, told us, “I hate tattoos. I don't feel like doing this. I brought my clothes.” And she dressed as a woman. He put on a red dress with sequins, black stockings and asked to be make-up and painted his lips red. Suddenly, he started singing. Then he began to undress and began to draw on his skin and clothes. Then he dressed as a man, very glamorous, until the  shooting ended.  Before he left, he said, 'Did you see, Gaby? With music everything is better'”, he closed.

After “Heroines” (2000), which made visible notable women in national history, would be the incadescent “Birds of Paradise” (2008), “visual metaphor in which humans merge with birds, a wake-up call to the environmental imbalance that is leading to extinction so many species. This intensive project was developed over three years and involved more than 130 professionals from different fields of Argentine image and design.” In 2009 Herbstein published his first photography book, “Aves del Paraíso”

The organization  Prix de la Photographie , Paris 2015, awards five works that make up “States of Consciousness” (2015), with a gold medal in the category  Fine Art (People), Concept and Photography  “States of Consciousness transcends the aesthetic, the photographic. Inspired by the work of the great masters of surrealism, this project is a tribute to those who could count on images what is not seen, the metaphysical, what is beyond, what is inside us, what dreams tell us,” said the artist. Herbstein has worked and participated in individual and group exhibitions in Argentina, Mexico, Brazil, Chile, Peru, United States, Russia, China and Japan.

“ La Diablada” (2017) is a challenge for the photographer because she leaves “the comfort zone” of the studios, and throws herself to portray Andean traditions and culture in her natural environment , in a work that was exhibited at Red Square in Moscow, and obtained the  Latin American Photography and Illustration  “I remember that day as if it was today, I woke up and immediately remembered perfectly every detail of the dream where I was visualizing myself doing this program, traveling and interviewing spiritual leaders from all over the world,” he confessed at the press  “Believe para ver”, an eight-chapter documentary miniseries aired in 2020 by NatGeo, and under the auspices of the United Nations High Commissioner for Human Rights. Ravi Shankar in India, the shaman Abuela Margarita in Mexico or Mongolian leader Nikolay Oorzhak in Siberia, deepened Herbstein's immersion into the thousand faces of humanity, and its new realities, “And the  same thing I understood in Greenland, where the great Eskimo shaman, Angaangaq Angakkorsuaq, told me that his people chose him to explain to the world about the melting of glaciers, which they have been noticing decades ago - he pointed out Diego Curubeto for www.ambito.com- And he says he gave speeches around the world, that managed even NASA to examine the problem of ice, And yet the conclusion is that there is nothing you can, that the ice already began to melt, that Greenland will again be the green earth as its name indicates, but its culture will disappear as it is known,” he concluded from a spiritual project blessed by Pope Francis.

“I think it has to do with believing in oneself -interview Maria Paz Moltedo on www.planetaurbano.com- This project is to believe in a dream and carry it out, believing that it is possible and suddenly, magically, the doors are opening. Everything I saw opened up a lot to different ways of seeing reality, to believe. But this is a way; you have to walk it every day. It's a bit the pursuit of happiness. As Admor says,  “Why did we come to this world? To be happy.” It's about looking for happiness, but it's a journey, and making a mistake, and realizing it, and remediating it. No one can teach you anything. You have to experience it.” And, in that experience, Gaby opens the focus of the soul. 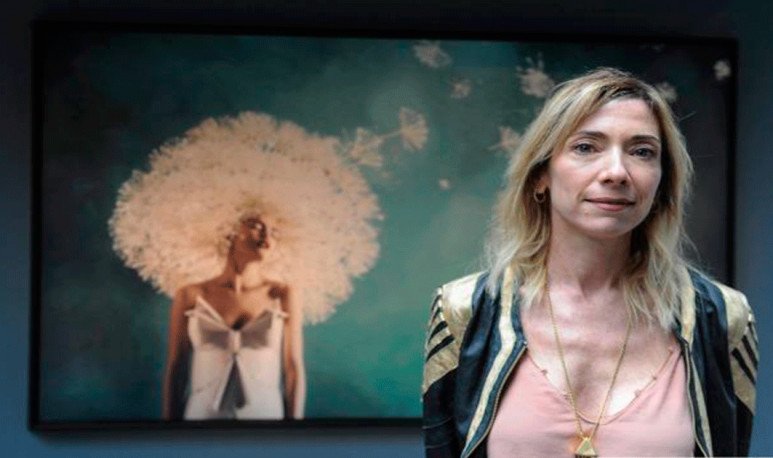 “The one who debuted in digital missed a lot of amazing things about photography. I think it should be shown on a roll. There is a halo of mystery that no longer exists. Time was lost to take the picture. Today it is much easier, errors are corrected at the moment and not so much technical knowledge is needed. That's the support, not the idea: because, using the support you use, it has to happen to you what to photograph. And the value of the image is in what you can transmit”, to Laura Mafud at  www.cronista.com .

They say about Gaby Herbstein

“Gaby proposes to make these moments aware of the daily evolution that are going through us permanently, invites them to shift them from thought to action to help us build a better future” catalog of “States of consciousness”. Text by Vicky Saldías. Sivori Museum of Buenos Aires. 2015.