Home People Art and Literature From Villa Pueyrredón to the world

Mordillo is a registered trademark of Argentines. And his white little men and round women continue to teach us how to be better. 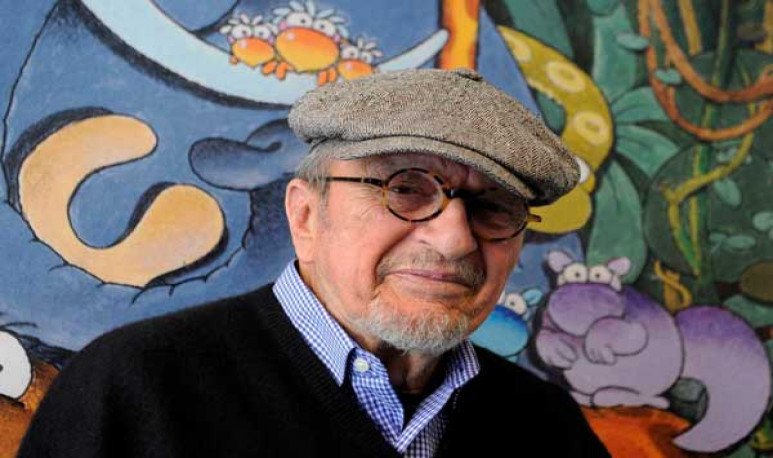 Guillermo Mordillo (Buenos Aires, 1932 - Mallorca, 2019) is one of the  Argentine graphic comedians  with the greatest international projection. His famous Little White Man is an icon for millions of readers and his vignettes overflowing with humanism an optimistic message that will continue in popular memory.

Impacted in 1938 with Snow White  Walt Disney , one of his influences, with only five years he decided a career that with less than twenty already had illustrating children's books in the publishing house Códex and drawing the endearing Phosforito with Aldo Cammarota. Attempts in Peru and the United States, where he pursues his dream in animation, even gets to work at Popeye while drawing humorous cards, take him to France in need of a job and, then, “I chose to throw the slap of drowned and do something else: mute drawings for magazines and periphies. oacute; dicos. I went well. 'Your hand went, 'Carlos Garaycochea told me,” the cartoonist wrote in an autobiography.

In addition to thousands books sold with his love, sports and animal stories in surrealist jungles,  Mordillo  illustrated for big brands such as Mont Blanc or Swatch. In his last years he continued to experiment with acrylics and colored pencils and multiplied his illustrations for charitable purposes.

They say about Mordillo

“ That's why your world, which is apparently so absurd, is also ours. And we are grateful to him, because he never ceases to remind us how colorful and happy this world of ours is, despite everything. This is also confirmed by a famous cartoon he designed for Amnesty International a few years ago: in a completely gray city, a small man who dared to paint his house imaginatively is immediately arrested and locked in prison. Hence the artist's belief in freedom of color, thought, expression, imagination and creativity. This is in the heart of Mordillo's world.”

“ It costs a lot to draw. You have to feel like doing it. This is what  Oski said it,  Sempé says it,  Quino  says it, I say it... We don't have ease to draw, what we feel like. Because without winning nothing works respectably well.”