Home People Art and Literature From poet to playwright

Gabriel Jimenez went from poet to playwright. With his play, “Sirenas”, he won the competition of the Cervantes National Theater, between 1548 proposals. 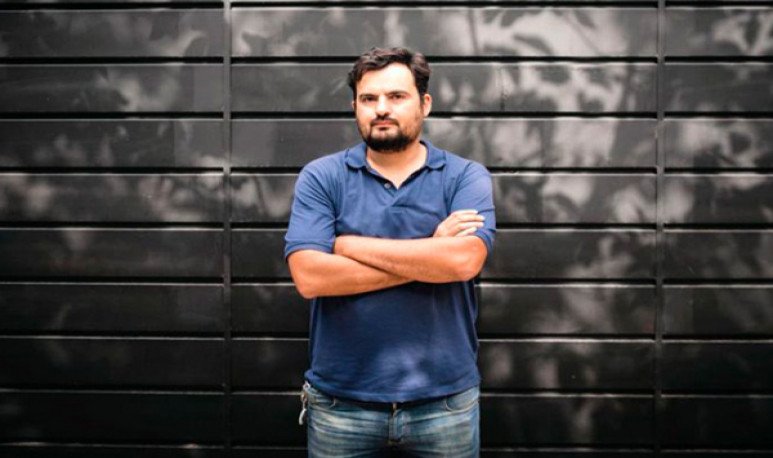 With his work Sirenas ,  the writer from Mendoza, Gabriel Jimenez represented the Nuevo  Cuyo region  . It was the winner and, now,  the piece will be mounted and filmed with cast and local director, in collaboration with the  Instituto Nacional del Teatro, for later presentation at Cervantes Online. We talked to him, now, playwright, who told us his feelings.

“It is a national call, very important in terms of dramaturgy. In the current quarantine context, where no rooms can be used, the contest has some variants such as the filming of the play,” says Gabriel, who went from poet to playwright. “ He's going to ride in Mendoza, with local actors and actresses. The broadcast will also be on the site of   Teatro Cervantes ”.

Jimenez is an outstanding writer from Mendoza, but, until now, he has performed in poetry. “I have a tour in  poetry, most of all, where I have published books before. This is my first play. It emerges from a workshop that I take with Osjar Navarro Correas, who won the competition  Harvest  Dramaturgy. This was last year and we were working on this text, which then took the form of work.”

“ It is a work that takes place in a local supermarket, located in Las Heras. One of the characters begins to vary the established order of things, to alter the normality a little. It unleashes a series of acts that are unleashed in crescendo , which then resolves the work, finally,” says the author about the plot of the work. Where, we see, resort to simple, everyday and local topics.

“There is a distance between the text and the role of playwright, in terms of the play. And what is going to be later the staging.  There is a distance because of the interference that the actors and the director are going to have. And then this particularity of the filmed work. There are other types of approaches that may be more or less close to the text.  I am very intrigued to see how that is resolved and what the final result will be,” says Gabriel, a little skeptical about how his material might turn out.

The playwright feels how in his new role: “There is a lot of desire to continue in the dramaturgy.  This is my first play and you've had this answer. But I'm also very anxious to see what the answer is going to be in rooms, to be able to see it on stage . This is extremely motivating to continue writing and experimenting in dramaturgy and other genres as well.”

“It's thought like a play. And  a work is a live act, which is irreproducible and there is no technical mediation possible . We're all waiting for the  theater to come back, for the music to come back. There are very good live formats, mediation, but theatre, particularly, is live. So my anxiety goes on that side, to see the play.”

With Gabriel Jimenez's participation in the national competition, Mendoza is once again among the feathers highlighted in the present of our country.  The final selection jury was composed of Romina Chepe, Mónica J. Paixao and by the authorities of Teatro Cervantes itself, Rubén D'Audia and Sebastián Blutrach.

In the coming weeks, the pre-production process of each work will begin, with the call for directors and conformation of artistic and technical cast.  The rehearsal stage will begin once the protocol of the corresponding theatrical activity is approved.