The International Meeting of Muralism and Public Art concentrates dozens of artists from the region to convert Formoseño walls into works of art. 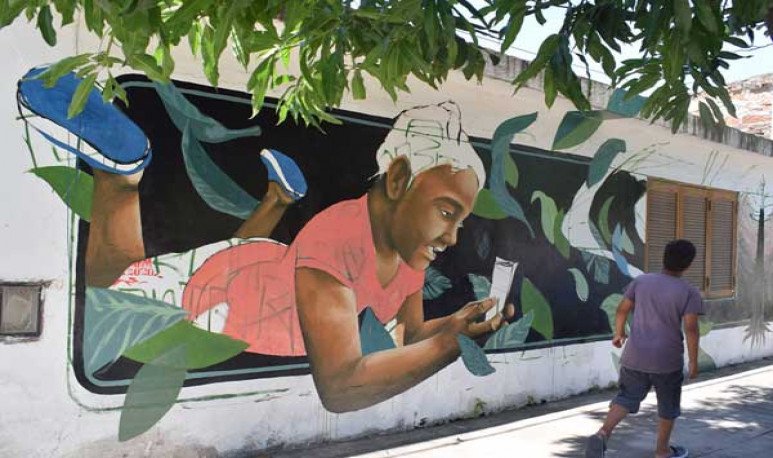 Formosa  hosted the International Meeting of Muralism and Public Art, where more than 70 artists participated. The event transformed a total of 30 walls into a work of art.

Each  artist  has their style and culture, but there is a general slogan that guides artists in building the message. “Latin American, united by the earth” is the idea that crosses all Formoseño walls.

Formosa, “La hermosa”, received artists from Argentina and several countries in the region. The meeting was organized by the Formoseño Movement of Muralists. This  transformation  seeks to give a better image to the city and transmit a message of culture and belonging.

María José Argañaraz is a form that lives in Rosario, and she was invited to put her sketch on the wall. “She is a woman surrounded by the vegetation of the area, the typical fauna and flora, who joined with my partner's work,” she explained. The young woman explains that, in order to transform the Formoseño walls, the necessary permits have been requested. The owners, in addition to giving their consent, were happy and optimistic about this transformation.

Camilo Nievas is a teacher of visual arts in Pirané and was also part of the meeting. The teacher highlights the importance of this meeting, which places art at a higher level in  Formosa . Art on walls generates a new perception of muralism and  public art . In his case, the work seeks to raise awareness about environmental pollution and the consequences.

Formoseño walls are filled with Latin American art.  Where can you see these artistic walls?

In the  tourist village  La Herradura, the artists transformed the municipality and access to the National Festival of La Corvina. Tourists arriving in the province can enjoy the art of Formoseño walls.