Martín Fierro is a book that does not require introduction: we all know what it is. 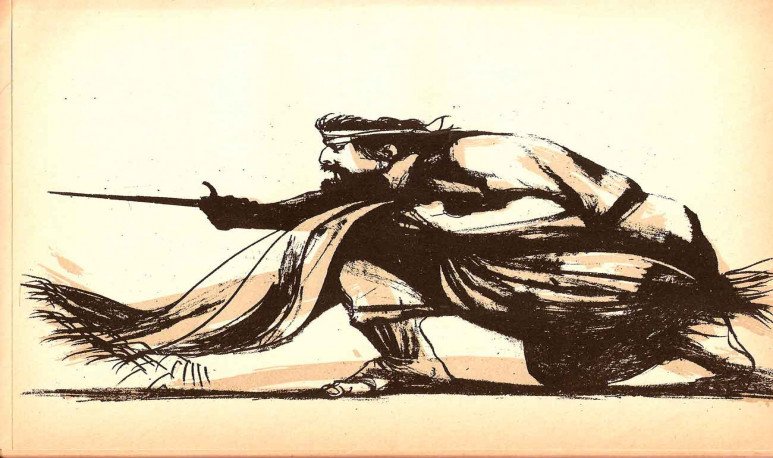 It is said that  José Hernández  's goal in writing Martín Fierro's poem in 1872 was to portray a being authentic national  , an Argentine gaucho of pure strain; and, in the process, denounce the arduous and unjust living conditions to which the gauchos were subjected. In fact, Leopoldo Lugones in his essay  El payador  (1916) considers it the epic poem of Argentinity par excellence. It was so successful that his verses were heard in the pulperías (those bars that once orchestrated life in rural villages), from the mouth of those lucky few who knew how to read; as well as in the upper-class neighborhoods of the city of Buenos Aires, to which the author had access. While the language in which it is written is a faithful portrait of gauchaje, it is adapted so that we can all understand it without difficulty, and be moved by the epic story of Fierro.

With his pen, Hernández achieved something indescribably difficult: his stanzas became popular at the level that they are recognized even by those who did not read the text. We must not forget that on November 10 of each year the Day of Tradition is celebrated in commemoration of the author's birth.

Enough of prologues, with you, five key stanzas of  Martín Fierro , the poem that never goes out of style.

There I spent the hours/without naides with me/having God as a witness,/and my thoughts fixed/on my wife and children, /on my payment and on my friend.

One of those that best demonstrates the condition to which Fierro has been pushed by the State: he lost his family, friends and place of belonging, and what causes him most regret, lost his great and almost only faithful friend, Cruz. Indeed, these verses are inscribed in a painful and beautiful passage that the protagonist devotes to his mourning for the early death of his partner, who was defeated by smallpox. All that, said with a beauty rarely seen.

If one endures, he is gaucho gross;/if he can't hold it is gaucho bad./Scourge him, give him a stick,/because that is what he needs! /Of everyone who was born gaucho/this is the damn luck.

Little to add. The  ethos  of the poem summarized in six verses. It is evident in an honest and indelible way the cruelty with which those who were carried by the cam were treated. This is one of several stanzas dedicated to the loneliness and bad fortune of gaucho. Wonder.

Dende little I won/my life with my job,/and although I was always down/ and I don't know what it is like to climb/also the much suffering/tends to get tired, shuffling!

Why does Fierro become a deserter and is going to live with the Indians? Why are you turning your back on the state? Exactly because of this. It is shown that even the strong spirit of Fierro suffers the misfortunes inflicted by judges of the peace and bosses in his class A summary of the daily injustice that gauchaje lived.

I can't think of any more accurate (let alone more poetic) way of explaining something as complex as law in a single stanza. By texts like this Hernández is who he is.

They have a full head;/there are sages of all minas,/but I say without being too shower/it is better than learning much/learning good things.

I don't add anything. Stay with that beauty.

Let's talk about smoothies for athletes

Where does “horn” come from?

Crazier than a goat