Home People Art and Literature Federico Manuel Peralta Ramos: you will be what you have to be and stop screwing

The artist was much more than a “crazy” of the Manzana Loca Buenos Aires. It is time for Federico to leave the shadow of Di Tella and recognize one of the greatest Latin American conceptualists. 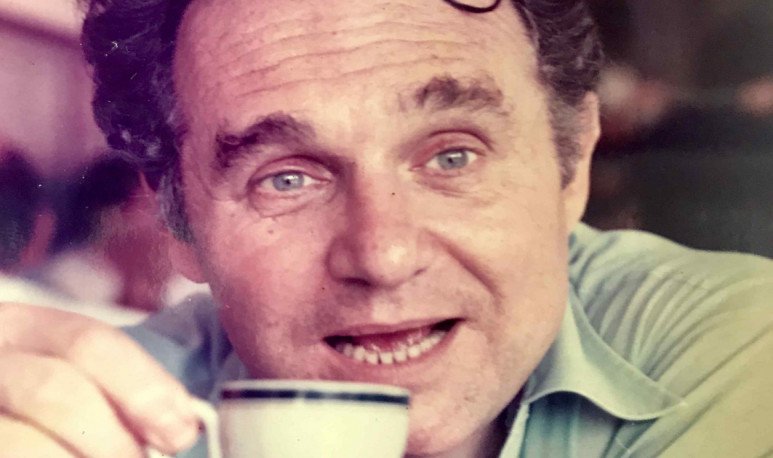 Federico Manuel Peralta Ramos (Mar del Plata, 1939 - Buenos Aires, 1992) is an artist who broke the molds of the artistic field, and class, with an unfortunate imagination transformed into “my life is a work of art”  From the first informalisms to the performative explosion in the Instituto Di Tella, and its approach to the “pagan temples” of the Buenos Aires night, until his interventions in unclassifiable shows and appearances in the media,  Peralta Ramos condensed the forces of his time, “we must go from denouncing when proposing”, he repeated, in existential coordernadas, “only those who bank the desert get an oasis,” and political, “Silver Mal” in the middle of dictatorship.   But above all this artist “psychodifferent”, in the words of his analyst, was a demiurgo bufo of the “who banked despair” porteña and argentina, an evil national endemic, “I don't want to go to the luna/I like it here /I want to walk the streets of Buenos Aires/I like it acá/I want to walk the streets of Buenos Aires aacute; /I want to take a picture in San Martín/ I like it here/I want to be friends with the Obelisco/ I like it her/I love the sunset in the Argentinean country/ I like it here”  Peralta Ramos, the last of the Buenos Aires Bohemians, founder of the Ganic religion, & live poetically/Float” more “  You will be what you had to be and stop screwing” Close me the eight.

Great-grandson of the founder of Mar del Plata,  Federico, Federico, for his nanny who worked for decades in his family, so also said Jorge Luis Borges, grew up without needs between the fields of the Peralta Ramos, polo matches and exclusive schools. In fact, he never left the apartment on avenue Alvear, and survived with a hundred dollars a month, Federico Manuel (water in La Biela), strambotic shows in fashion  boites  (“Work, vagos” came to hang on the door of Mau Mau) and, only in the sixties, some paintings and prizes. After a trip to Machu Pichu, “I think Latin American immanence is a deposit of Fe for the whole universe... Europe is finished and the best is clothes, it should be called Enropa,” he recalled in 1978, with the  concept of “internal firmament” started a promising career in the plastic arts, some “sculpt-paintings”, full of material informalism, encouraged by critics Rafael Squirru and Jorge Romero Bres t. The large works, which had to be cut into pieces to fit in the Witcomb Gallery, anticipated the gigantic egg “We Outside”, presented at the National Prize of the Instituto Di Tella in 1965.  Broken to blows by Peralta Ramos himself, the performance led to a series of actions that inaugurated an  ironic and critical conceptualism  with the famous purchase of a bull in an auction in 1967, which the father had to return and Federico ended up in a neuropsychiatric - several years later a European artist would repeat, without knowing the Argentine background, the disruptive operation of art in the economy and would arrive at the Venice Biennale -  Other, the famous legal dispute after “skate” the Guggenheim scholarship in 1968 at an exclusive party at the Hotel Alvear, with vagabonds, prostitutes and friends, several exclusive costumes, Peralta Ramos that seemed out of a vignette of Divito, and paintings for his parents of Ernesto Deira and Jorge de la Vega  -the latter artist also singer-songwriter, Peralta Ramos played “El gusanito” and “La hora de los magos” before closing with the unfailing “A mi way”, to the cries. Only in 1971 he responds to the angry Americans about this real slap to his class, “One of the reasons that prompted me to this kind of demonstration is the conviction that “life is a work of art,” so instead of “painting” a meal, I gave a meal” Operation Ha Ha.

In 1968 the definitive abandonment of the artist's painting to conceptual strategies occurred, with the exhibition in the Galería del Este, that was flooded with everyday objects “bought in the Eleven and warehouses”, thermos, mattes, Chubut cheese in a bell and more, in what could be one  of the first kitsch exhibitions in Argentina - and we would have to wait until the eighties, and nineties, in the guaranga aesthetic of the Centro Cultural Rojas “I suffer a proliferation of ideas and I am confirming the doubts we all have ” pointed out in 1972 and was a machine of unspecified projects, “El Gordo y el Tao” or the book “From Infinity to Bife” are some of its most anticipated, in a gesture that anticipates the projectual conceptualisms of the two thousand. His artistic star turns off as he gains public notoriety in his bizarre interventions on the programs of Tato Bores (1969, 1973, 1983 and 1992. Tato considered him a misunderstood genius) Edits the artist a simple with two themes of his, “I am a piece of atmosphere” and “I have something inside that is called the thing”, and performs sporadic samples, one of them when he sold a mailbox to the vedette Egle Martín. In 1976 he exhibited with  Antonio Berni  in the Carmen Waugh Gallery, “Beliefs and Superstitions de Siempre” -the Rosarino artist also estimated subversion in the attitudes of Peralta Ramos-  At that time Peralta Ramos would present “Tumba de Tut ank amon”, an installation consisting of a golden paper room and a mattress on which a mummy rested, who woke up every time and answered questions from the hazy spectators. “I have a phrase  of my favorite: one way to argentinize an idea is not to realize it.   And I think that at this moment we are living the time has come to realize,” wrote Peralta Ramos in the magazine “La Semana” in 1983, in the hours before the return of democracy “I prefer to be accused of unjust than selling democratic illusion”, in a look at the end of the decade , where he performed at La Capilla and Café Mozart, while working in film with Alejandro Agresti. He continued his eternal pilgrimage in the bars, Florida Garden, which he intended to turn into a “temple of tenderness” that loosened people who “speak only of twine”, and the Bar Carlitos de Montevideo and Mitre, who hung an autographed photo of Peralta Ramos as if it were a saint, in exchange for a consumició n free of a cut for the artist. In 1989 it will be the last exhibition at the Galería Altos de Sarmiento, in which he exhibits himself in an empty room painted in white, and lasting ten days.

“ I am infinite. I'm not going to die. I'm going to transform. I'm going to transform into a piece of atmosphere. Air, I'll be a piece of air. Everyone will have me at your fingertips: in a Buenos Aires bar, on the street, in any square ” I imagined in 1983 his departure time in the magazine “El Porteño”, something that happened on August 30, 1992. Every time someone gets into the mother night of Buenos Aires, using her amulets and talismans, to sow the right and left the riddles that amaze and make you think, he will be a disciple of Federico Manuel Peralta Ramos Welcome, Ganics!

“ In this time that Latin Americans, Indo-Americans, Ibero-Americans, Italian-Americans are going to destroy all the solar systems of the Universe by our energy... Argentina is in a state of genesis... what I recommend is that we have faith in ourselves, that we have something that people need a lot to live”  Federico Manuel Peralta Ramos in La Semana magazine , year VI, No. 334. 1983. Buenos Aires.

“Federico was re great. I was really surprised he died. I thought I was going to live forever because he was like a being from another planet. It was a piece of atmosphere... it was supernatural, from another world... he said great things... he cared a lot about going out in magazines. It was his response... to a recollected and conventional environment... one of his goals was to move the floor to all those people.”  Marta Minujin in the daily Página/12.   1992. Buenos Aires.