Lighthouse of Cabo Blanco, is a place you should know 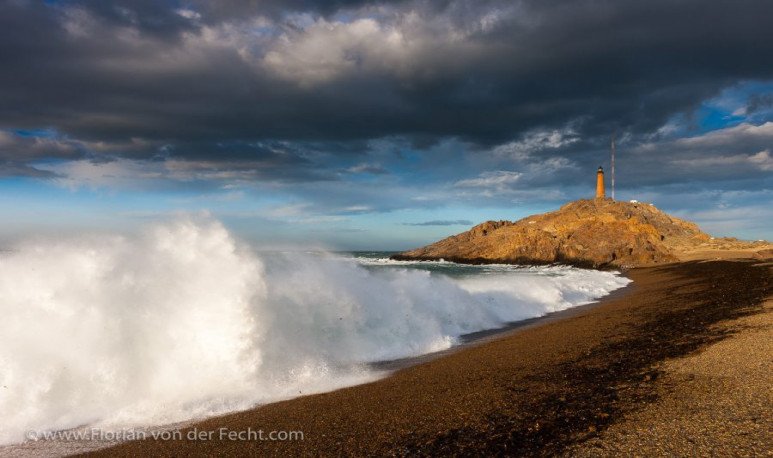 The   Cape Blanco Lighthouse   is an inhabited lighthouse in the Argentine Marina that is located at the southern end of the San Jorge Gulf, in the Province of Santa Cruz, Patagonia Argentina.

The lighthouse tower has a total height of 27 meters, and a trunk-conical shape that is located on a rocky rock reaches a total height of 67 meters. It began operating on November 11, 1917. The construction is brick, with cement floors, while the tower floor and guard room made of wrought iron veneers with oak door of 1.50 by 0.70 with marble threshold and three windows. The stairs were made of striped sheet 5mm thick and iron handrails. The checkbox had exit to the outer platform, cylindrical in shape crowned with a spherical copper dome with lightning rods at the top. In addition, a 251 m² house was built approximately 30 meters at the foot of the tower, which was also made of bricks, as well as other facilities linked to the operation of the lighthouse (cisterns, sheds, etc.).

The name of the lighthouse comes from Cabo Blanco, on which it is built, which was baptized by the Spanish sailors of the 16th century, due to the color given by the reservoirs of guano of the birds.

The Cabo Blanco Lighthouse is located at the top of a rocky outcrop that forms part of a larger North-South system of rhyolithic porphyries measuring approximately 1.1 x 0.7 km. These are linked to the mainland by a holocenic earth tombola. Two large rocky promontories are distinguished, one to the North (where there is a lighthouse of the Argentine Navy) and the other to the South.

A week to the pineapples

Is the Virgin the antidote?

5 steps to speak Cordovan without errors

We make the saints endurance!