Home People Art and Literature Fader Museum: a treasure of Mendoza that comes back to life

After seven years closed, the iconic site was reopened to a large audience. The House of Fader collects works for $105 million. 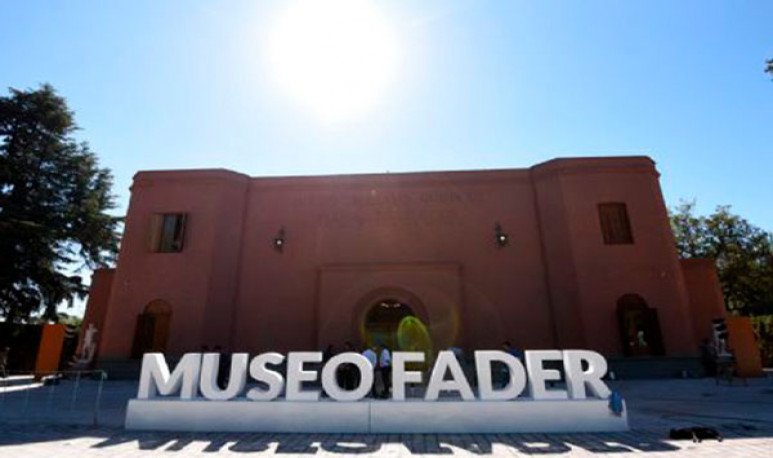 After seven years, the Emiliano Guiñazú Provincial Museum of Fine Arts - Casa de Fader reopened its doors, in a historical event commensurate with the relevance of this place to Mendoza's cultural life. The opening included a special activity, which began with a show starring live artists, an imposing mapping projected on the façade and a large white corporeal poster with the phrase “Fader Museum”.

The opening ceremony was attended by a striking and massive audience, eager to tour the place and appreciate the exhibition. He also gathered officials. Also present were descendants of  Fader , Harvest Queen Maria Laura Micames (and her viceroy, Luz Martina Mercol) and figures of the local culture.

Let us remember that the Fader is probably the most important museum in the province, because it was the home of the artist between 1903 and 1913 and stands out for its architecture and gardens.

The house was able to house large murals with Fader's impressionist paintings and has a collection of works by outstanding  artists  , but it had to go through a meticulous process of restoration that led to a long period of no activity. “As we set out when we took over, we recovered the Fader Museum for all Mendoza people,” Diego Gareca proudly said about it.

The goal of those responsible for the reconstruction was to leave this property in a state similar to that it was at the time when Fader lived in it. “ Today this house is another  museum , because important aspects have been discovered,” said Gareca when he participated in a tour of the work with Governor Cornejo and the two restaurateurs who have been working on the site since 2016: Cristina Sonego and Italian Valentina Ruggiero.

This specialist said at the opening that this has been “one of the most important jobs” of her career, as she chose to leave her country to take on the challenge. Installed here and embarked on the  restoration , she said, she could realize “how important the Fader is for the lives of Mendoza people.”

In the works, $105,000,000 has been invested and, as anticipated by the authorities, for its reopening and during the following days the imposing gardens will not be enabled, since the replanting of the lawn has to be done.
In this patrimonial inauguration, the exhibition that will be available for public visits is from a collection of works that already belonged to the museum. In addition to the ten murals painted by Fader (which were cleaned, reviewed and retouched), the institution has 1,725 works by various artists (such as Antonio Berni, Benito  Quinquela Martín , among others others).

The restoration team that took care of this difficult heritage task (not only repairing the structure of the house, but also respecting materials and construction techniques from 1895 and reconditioning the Fader murals that were shown in the different rooms).

The one who coordinated these special works was Cristina Sonego and she herself told her that “the process had two stages. The first was in 2017 and consisted of preventive training. The second was restoration, with a revised and contested project that turns the page of the history of the restoration.”

“For the first time the  wall  and decorative paintings were thoroughly studied and researched. A diagnosis was also made that allowed to establish the bases for restoration in Mendoza,” concluded the specialist.

Damage after an earthquake

The strong earthquake recorded on June 18, 2012 left marked consequences in the museum located in San Martín at 3,651  in Lujan de Cuyo . The walls of the different rooms suffered structural damage that caused the closure to the public months later.

And work began at that time to recover it, even if you consider that the structure already carried the consequences of the telluric movements of 1985 - the last major earthquake in Mendoza - and 2005, when a strong earthquake hit Luján.

In 2016, the Mendoza government announced the works and carried forward the bidding process, while recent structural reforms began on September 1, 2019.

Sebastian: the Dakar in Cordoba