The Argentine writer and diplomat who, in his novel “La Gloria de Don Ramiro”, sought Argentine roots in the eternal Spanish soul. Reference of Latin American modernism, little is reminded of this gentleman of lyrics. 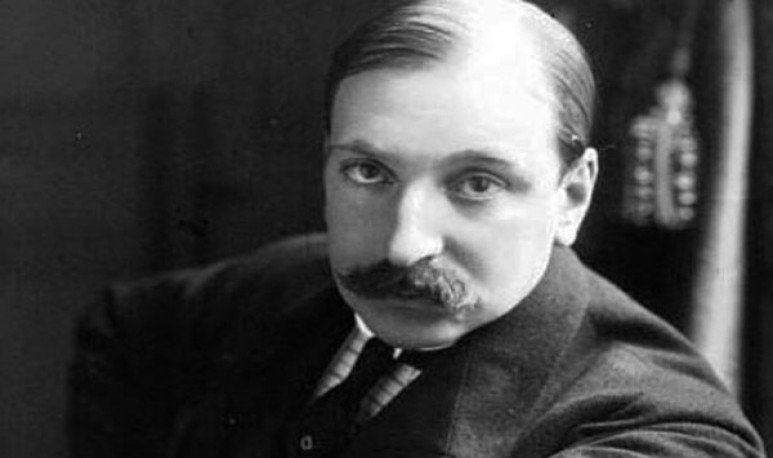 “ We have the pride of Larreta, as we have the pride of Lugones, and some other,” the Nicaraguan poet Rubén Darío, the Pope of Modernism, synthesized 1909 in the zenith of the movement that reformulated symbolism and decadentism in a continental key, in the rematch of the espr... iacute; ritu on the matter that characterized the arielist generation. Tremendous praise in the canonical newspaper La Nación was destined first to an unknown novelist, far from the fame of  Leopoldo Lugones . Darío hierarchized Enrique Larreta's first book,  “La Gloria de Don Ramiro”, published in 1908 in Madrid, “was awarded for an almost unprecedented success in Latin American letters : successive editions sold out quickly, and soon it was translated into English and French,” said Dominican writer Max Henríquez Ureña.  Whoever reads this virtually forgotten novel today will be amazed with a magical Spanish world of the Golden Age, with no apparent connection with Argentina. However scraping those flowery words, those textual scenarios of plastic patina, it will be discovered that the concerns of the Centennial generation appear , the defense of ancestral values, now Hispanic, and the violent clash of cultures. The originality of Larreta, master of Manuel Mujica Láinez, lies in experiencing the resources of modernism, imported from Europe, and seeking a national re-reading, as shown in the second novel, set in the pampas, “Zogoibi” (1926). Or in his first and only film as a director, “El linyera” from 1933.  In Larreta, like  Ricardo Güiraldes,  honor and nobility, dignity and chivalry, tradition versus modernity, are watchtowers that reach the subsoil of the national conscience.

Enrique Rodríguez Larreta was born in Buenos Aires on March 4, 1875, the son of a wealthy Uruguayan family related to Eastern President Manuel Oribe. Graduated from the National College and the Faculty of Law UBA, he began his teaching career as a professor of history, and alternates with collaborations in some media linked the stylistic renewal of the end of the century, which tries to overcome naturalism and gauchesca.  Paul Groussac accepted his story “Artemis” in 1896 in the prestigious magazine La Biblioteca, a long story of precise setting in ancient Greece, and which demonstrates Larreta's solid Hellenic knowledge — and the exaltation of symbolisms that also permeates his work.  He began his diplomatic functions in France and Spain at the beginning of the new century without neglecting his artistic work, which is actually based on the historical research carried out in Avila itself, to adequately set “La Gloria de Don Ramiro”, and then in Italy, the first play, “Passion of Rome” (1917) —which appeared in French and would only be translated in 1934. “La fiernaga” (1923), premiered by the Spanish Compañía de María Guerrero at Teatro Cervantes, and “Santa María del Buen Ayre” (1936), premiered earlier in Madrid than the Teatro Colón on the occasion of the 4th Centenary of the city,  deepen a work that does montage meticulous history of the past a value, sometimes, about the plot and characters.  In 1918 he inaugurated the Luján Museum, in a pioneering recreation of Gauchesca culture similar to his residence, it was decorated as in the time of the Spanish monarch Philip II.

The dramatic novel “I had to happen” (1943) consolidates a new novelistic cycle closer to the naturalist elements, already deployed in “Zogoibi” (1926), and which has a thematic continuity in Larreta's last two Creolist proses, “Gerardo or la torre de las damas” (1953) and “En la pampa” (1955)  His last theatrical pieces were also intended for the nascent television, “Clamor”, “Don Telmo” and “Alberta” “Enlightened Times” (1939) was the biography that allows more than anything else delve into the creation processes of the writer, whose house of Castilian Renaissance inspiration is today the headquarters of the Museo de Arte Español Enrique Larreta, “ I am one of those who think that in the study of every writer, every artist, should be examined above all his impressions of childhood —Pedro Barcia collects from these referential writings that would be completed with “La Naranja” (1947) - That age almost always holds the secret of future inspirations. Childhood is still to prevail divine Who knows if there was ever any book that left in my spirit groove as deep and as facunda seed as that trebejo of my childhood, with the alternating apparitions of his hermit (monk) and his soldier, according to the tempera of the air”, recalled Larreta de a particular barometer . Nominated for the Nobel Prize on a couple of occasions, an academic number in Spain and Argentina, Larreta died on July 6, 1961.

Faith and Arms, knights in decay and dangerous new worlds, hierarchies in tension, old stereotypes that stress between the sexes in untimely, converge in their literary and dramaturgical productions, which when more anachronistic become, even among their contemporaries, they become more anachronistic, even among their contemporaries, Aacute; s win in archaeological documentation of disputes over national identity “ The double color of glory and ash in my work”, Larreta keeps telling us things about our past.

The Glory of Don Ramiro, or I don't know if it's me who is dreaming or it is Ávila who dreams

“ His novel is the work in prose that in America has come closer to literary perfection” continued to praise Rubén Darío in 1909 although he cemented a further lines for criticism, and rapid oblivion, of the magma work of Larreta, he was an aristocrat, was immensely rich and he was an artist who wrote as “if all his readers were men of genius” “ Don Ramiro is a work, which in a way has nothing to do with us,”  said the angry Ismael Viñas and Noah Jitrik in the magazine Contorno (1955), “May represent a moment of Spanish language, not a minute of our language” “La Gloria de Don Ramiro is a transposition of the fervent Hispanism of its author who, as the most retrograde members of the Centennial Generation,  found in the Spanish tradition the reinsurance of a nationality threatened — and weakened — by the massive presence of non-Spanish immigration,”  Martín Prieto said in his “Brief history of Argentine literature” (2006), “says Larreta in a lecture ፦up to Buenos Aires- less valuable part of Europe; they bring ignorance and the dwarf weakness of an ancestral poverty” New readings of his extensive work, including literature, theater, essays and unpublished writings, will have the difficult task of pondering a politician and writer who celebrated the Day of the Raza with the phalangist Primo de Rivera, who believed in the profits of English imperialism in Argentina and who in 1934 did not have enough to point out that “entrust to an Argentine company (sic)  the interpretation of “Passion of Rome”, so high in affair, so ambitious of intention and of such a refined atmosphere, is I believe to serve the culture of my country”

“ The Glory of Don Ramiro. Una vida en tiempos de Felipe II” is a historical novel of modernist cleavage,  which shares other Latin American summits with “Sangre patricia” (1902) by Venezuelan Manuel Díaz Rodríguez or “El terroño” (1916) by Uruguayan Carlos Reyles, which explains his prompt diffusion — and fall in disgrace with the advancement of the avant-garde, for example martinfierristism in the twenty Argentines, “Larreta has just published an Argentine novel” was one of  Borge 's humorous humorations s and Girondo.   But it surpasses the others because of its archaeological and monumental character, which would so well capture Sirius's illustrations in the definitive edition of 1929 “ A true wellsiantime machine,” criticism would exclaim, which allows us to enter the Spain and America between 1556 and 1598, the reign of Philip II, beginning of the Spanish imperial decay, as one could do it if you walk through the rooms that are preserved in the Larreta Museum,  “to notarial papelots found in the secret drawers of the counters or bargueños that sold antique dealers”, writes the writer of the furniture that is preserved in the beautiful neocolonial palace of Belgrano — inspired by the Old Customs of Buenos Aires. Larreta spends several years in Europe, with frequent trips to Ávila, city of saints and knights, the plot setting with unreal visos, mythical point of contact between Hispanic and Moorish cultures, and compiles a huge amount of bibliography, picaresque novels color their own novel, and original documents, which allow you to recreate from the language of the time, without falling into excessive archaisms, to incredible details of everyday life.

Ramiro is the antihero of an adventure novel where he can do little, tied to a mood imbalance, wanders between the cross and the sword, between ideal and reality, sensuality and will, flesh and skull.  In these agonic lights and shadows of the counter-reform there is a tragic destination that will take him to Peru, and that was  indeed the scene of Larreta's first project, a novel about Santa Rosa de Lima. Combined with another idea, a book referring to the masters of Spanish painting, would light the germ of “La Gloria de Don Ramiro”, and that would begin work in 1903 in Spain . With Ramiro's arrival to the New Continent, and the prayer before his death for Santa Rosa, the transfer of cultural heritage is symbolically fulfilled and transmuted into a Tragic Knight, perhaps not so distant in his blood —and destiny—to the Spanish-American, Creole, and Latin American blood  Martin Fierro.

“The ideal and the world, Ormuzd and Ahrima, God and the Devil. We should not confuse duality with separation. Saints live with the Devil and have to do more with him than with God” in “La Naranja”, quoted in “ La Gloria de Don Ramiro. Scenarios of a novel. 1908-2008”  Museo de Arte Español Enrique Larreta. Buenos Aires. 2008.

They say about Enrique Larreta

“The soul of Spain everywhere shows us also Larreta in his “La gloria de Don Ramiro” And it is clear that in saying this I was thinking about the native homeland of the author of the novel, in Argentina, which is also Spain, despite who weighs, and much more Spain than the same Argentines imagine... once again I have to repeat what language is the blood of the spirit and that in a language there is implicit a certain philosophy, a certain way of conceiving... of feeling life. Whatever the race crosses, whatever the blood, that primitiva is mixed, while a people speak Spanish, they will think and feel in Spanish as well,” Miguel de Unamuno in the newspaper La Nación, 1909.