Home People Art and Literature Elsa Bornemann: bridges for you to find me

Writer for all ages who knew boldly and intelligently to renew the so-called children's literature. “Beautiful, beautiful bridges/for you to find me,” Elsa built. 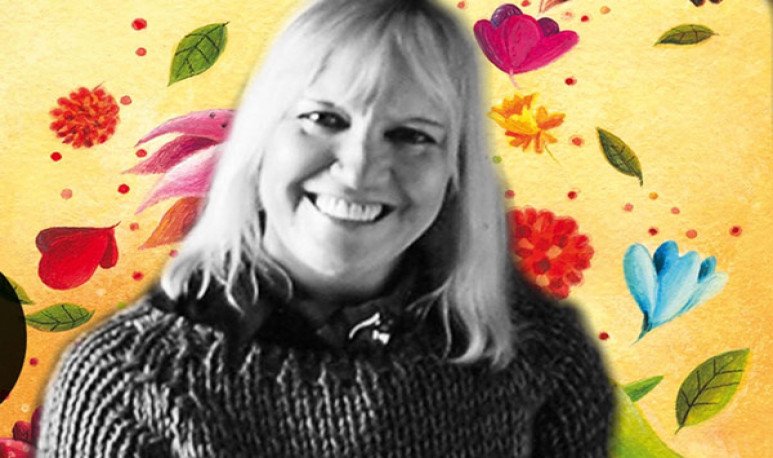 In the Argentine letters two women put their  long pants to literature,  one the great  Maria Elena Walsh,  and the other undoubtedly Elsa Bornemann.  Elsy, as her readers and friends said to her, consolidated in her extensive work of poems, narrative and dramaturgy those words that appeared in the prologue to the indispensable “The book of boys in love, “Because although many poets wrote and write beautiful Loving compositions that almost all lovers of the world copied to give to their love, were missing those created especially for boys, inspired by their emotions, their attitudes, in their games and words. Here they are”  And there were their elephants, monsters and rarest orchestras in the world making Argentine families and families laugh and think. With more than two million books sold, or being the first Argentine in the Draw of the International Prize “Hans Christian Andersen”, Bornemann made childhood the first stop of the caring adult, and committed, who does not give up his voice as a dreamer boy.

Elsa Bornemann was born in Buenos Aires on February 20, 1952, the daughter of a German immigrant, Wilhelm, who installed several giant watches in Buenos Aires, including Harrod's on Florida Street.  With a mother named Snow White it seemed that her fantasy path was marked and, as a child, it was already showing an overflowing and unabated imagination  “ For girls we lived on the corner of Penna Hospital -the neighborhood of Parque de los Patricios-, the one that give the morgue. When Elsy played in the hospital square with her little friends, all boys, they jumped the wall to spy. She was always attentive to the bodies of the deceased who took out and returned to the house with the news of how many men and women had died. We asked her how she knew it and she replied that because of the cards that hung on the big toe of the corpses,” says her sister, on the site dedicated to the writer.

Graduated from Maestra Normal Nacional at Escuela Normal No. 11, and in Letters from the University of Buenos Aires, she specializes in several languages, and begins to work as a teacher, teacher and literary advisor for important publishers.  Her first book “El espejo distracted” (1971) was distinguished with the Faja de Honor de la Sade (Argentine Society of Writers), and in her poems, songs, sinsentos and versicuales she presented in society a writer who wrote for “little children, for the greatest and for almost big boys”, “That's how, then, everyone/ in the Chess Realm work—one and a thousand ways—/ with a salary at the end of the month”

Bornemann's irreverence, his writing did not elude reality, sometimes sad and painful, which is also part of children's life, is perfected in “ An elephant takes up a   lot of space”, fifteen atypical tales where characters seek alternatives to situations supposedly & normal” . Originally published in 1975, he was included in the International Prize “ Hans Christian Andersen ”, an equivalent of the Nobel Children, and IBBY ( International Board on Books for Young People ) recommended it as “an outstanding example of literature with international importance.”  In 1977, the coup military did not share these compliments, made for the first time to a national writer, and he   prohibited by Decree 3155, “ stories intended for children with an intent of indoctrination that is preparatory to the task of ideological capture of subversive action” Several copies were burned and a book was read clandestinely until the return of the democracy in 1984.

“Victor, a circus elephant, decided once to think about elephant, that is, to have an idea as huge as his body... ah... that some don't know and that's why I tell them” he said in the story that gives name to the compilation, in the face of authoritarianism and silencing, and he closed the selection with “I count on caress” where animals are dying to spread love. More subversive than that in 1977, impossible. From those years it is also the novel “The Last Magician or Bilembambudín” (1979), chosen by The White Ravens , the most important list in the world in children's and youth literature. Also “The book of boys in love (1977), “And for you I dreamed, imagined, wanted and wrote this book, where you will find poems that sing or cry the different sensations that love-child produces, grouped so that you can easily choose one, depending on your desire to to declare, to be angry, to be friends”,  prologated Elsa, in an unprecedented, lucid and unprejudiced approach to youthful feelings, and to that period that many time later would be called pre-adolescence. If you have children at this age, infaltable in the company of “Amorcitos sub-14” (2003).

He continues in the eighties his prolific artistic task, standing out as a lecturer of the specialty, Elsa a current reference in education and the promotion of reading, and surprises with the fifty hallucinated poems of “Disparatario” (1983), which are only read with a mirror, he .  The next step was simply revolutionizing national terror without documents, “Socorro (1988), Dear Monsters (1991) and Socorro Diez (1994 ) excels with its own brightness. A sinister grandmother who reincarnates in household appliances, ghostly hands that cling to those of a group of creatures, paintings that come to life, feet that fall off to go out to kill, a lobizona that breaks the tranquility of a private neighborhood and millennial marine spirits that use plumbers to feed are scarce and short samples of his uniqueness and the novelties he gave us ... Bornemann exploits the quintessence of terror (its pessimistic character) and thus manages to tear off the warning label ,” said the writer Celso Lunghi on pagina12.com.ar  .

After the event in the mid-nineties, Bornemann becomes a long seller, with translations quickly sold out in Japan, Israel, the United States and various Latin American and European countries, and more awards such as Konex, opens a hiatus  that is cut in the two thousand with publications that in truth, many are re-issues and new anthologies. “He had been in bad mood for a long time, several years he no longer attended the children's book fairs, and a couple of years he didn't even leave his house. To his family environment he had added his dogs and some cats that were his great companions,” said editor Guillermo Schavelzon at  elpais.com,  in a tribute after his death on May 24, 2013, “It had been too long full of sadness, extinguished. No desire to move on. His death is desolate. Several generations of readers will feel a real orphan”  Those who will never forget it are the children, parents and teachers for whom Elsa Bornemann was, is and will be a compass towards a better world.

“ At the age of five I planted a name. I didn't know how to write yet, and the home garden reserved me a magical place, under Dad's grown azaleas. There I pronounced it for the first time: Pa-blo. The sounds jumped over my left hand, which crossed my mouth to pick them up one by one. I was afraid I'd drop some of them. That way, bout! Broken magic and Paul would be lost forever. But no. The goblins loved me then: I felt them crashing into my skin and closed my hand tightly. It was already mine” in “One plus One (Story for boys in love)”. Published in the anthology  “Assorted candies. To taste between the ages of eight and three .” Buenos Aires: Editorial Orion. 1993. First edition 1984.

“ What would people say/-that in everything you get in-/if in the subway/jump the windlass, /if I drop your name/from a bell arrey/and that I love you/publish in the diary” in “Song to know what people are like”. Published in  “One day, a compass.”  Buenos Aires: Loqueleo. 2015.