We tell you the story of a dancer who takes advantage of the explosion of the season of Carlos Paz to offer her dances to tourists... 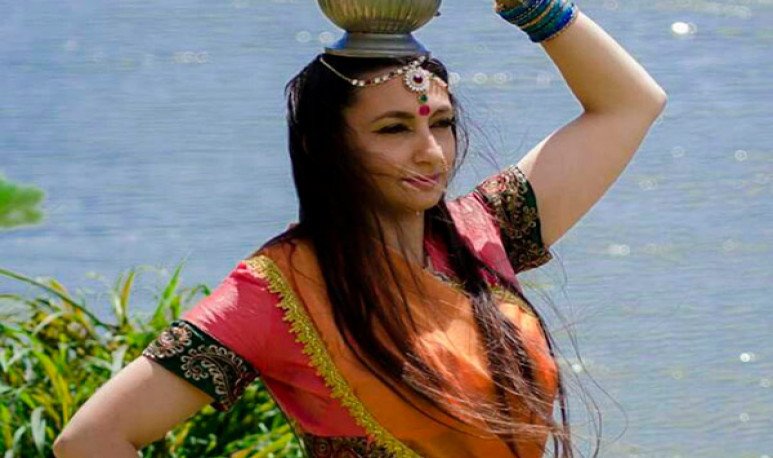 She is a talented dancer  who in  this summer season  surprised everyone on the waterfront. As if it were a dreamy from an oriental legend or a film by Emir Kusturica, this gypsy dancer  unfolds her beauty on the shores of Lake San Roque  and captivates neighbors and tourists who travel the waterfront of Villa Carlos Paz. Her name is Elizabeth Zuzaya, she is Carlospacense and is part of  an international group that performs an ancient dance from Rajasthan  (Land of Kings), one of the twenty-eight states that make up the Republic of India.

Origins of an imminent talent

The talented dancer  belongs to a traditional family  of the city and had the possibility not only to train at the National University of Córdoba, but also to take his steps through  Buenos Aires, Chile and India itself.   With her interculturality to the skin, and the rhythm in her blood,  Elizabeth embodies in her movements the life stories that constitute her.

Zuzaya has a vast career that began when he was 18 years old and began dancing at  the Society of Relief and Mutual Aid Arab Muslim in Cordoba.  At the age of 20, he took courses and seminars with different professors from Argentina and abroad, until, in 2009, he conducted  the Arab Dance faculty of Maestro Amir Thaleb in Buenos Aires.   Those experiences brought her closer to the  eight styles of Indian classical dances and about 250 folk or folk and tribal  dances, as well as  a fusion dance    called Bollywood.  After completing his training, he devoted himself to teaching at Villa Carlos Paz and continued his studies, and even participated in important shows and had a participation in  the work “Mahatma” by Flavio Mendoza.

Show yourself to the world

His career is surprising  and obviously he is in constant formation to overcome himself day by day. That's why the media interviewed her to find out what her current situation is, to which she told:  “I'm doing a production of photos and videos to send to Chile, because we have an international group where we joined many dancers during the pandemic . I'm recording a video about what we've been doing for the last six months and it's  a production showing a little bit of my landscape,  but looking for it to have some similarity with Pushkar, which is the city. from Rajasthan where I was training.”

And he goes on:  “I was looking for a similar landscape and   Carlos Paz has many similarities to that region of India.   I'm from here, my family too, and my paternal grandfather was one of the first to settle around here. I studied here, primary and secondary, then at the UNC and then had the possibility to study dancing in several cities.  And  I came to India, where I was two and a half months of deep study    and a great experience .” 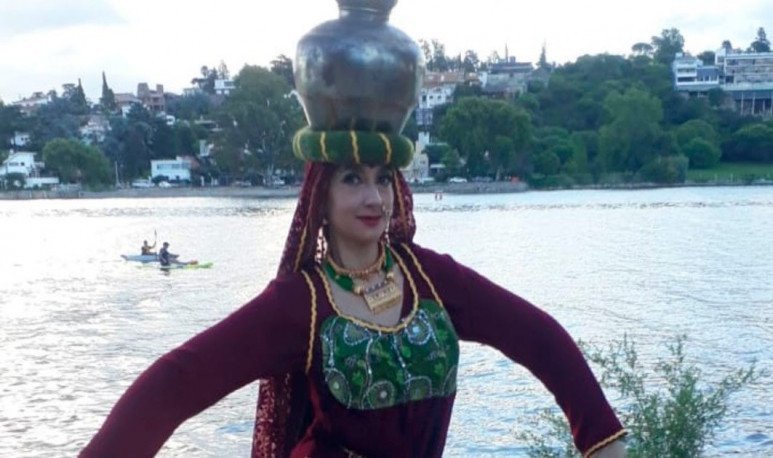 The dancer disseminates her practices through her social networks , and also has a dance academy where she shares her knowledge about India, yoga, dance and meditation.    Its goal is to learn , research and spread the dances of India,  always betting on the collective  . His passage through the academy left him extensive knowledge in architecture, and a Magister (UTDT). In her networks she defines herself as a dancer and dance teacher from India, as well as  yogini  or teacher. In addition, it offers its  studies and presentations services in Argentina, Chile and India.   Her interdisciplinary and intercultural training  enables her to connect with people from the deepest.

Applause for her, the gypsy of San Roque!

“If it hadn't been dance, I could have worked in a circus.”