Home People Art and Literature Cordobés by adoption: this writer is feró

“It is feró” is the headline expression to say something or someone is very good. This writer is one of those examples, that's why we tell you his story. 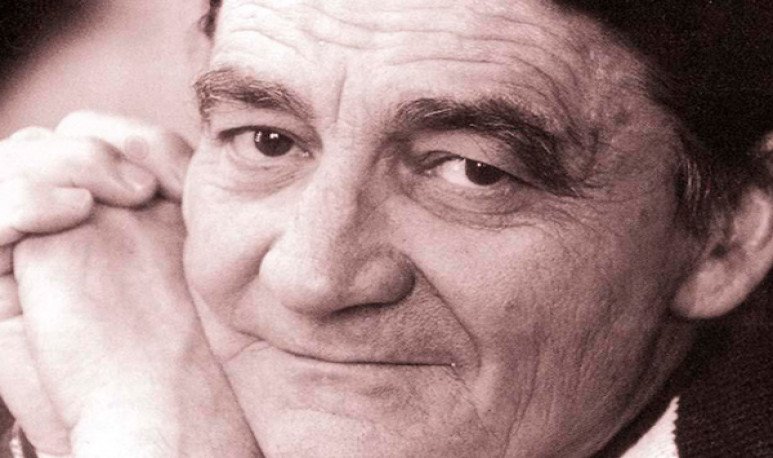 Daniel Moyano was born in Buenos Aires on October 6, 1930.  He was an  outstanding Argentine writer who, despite being born in the Argentine capital,  lived his history in many provinces and countries.   One of the provinces  that marked his life was Córdoba. That's why he became a  Cordovan by adoption.  In addition to being  a reference in Argentine literature. This excellent writer was recognized in life for his  great works and his unmistakable prose.  Although, after his death in Madrid on July 1, 1992, his memory is still alive.

The best and the worst

Moyano also lived in La Rioja. But  he always kept his cordovan tone  . In the province of Rioja he spent his  best and worst moments.  There he worked as a  music teacher and joined the String Quartet of the Directorate of Culture of that province.  He also formed his family and wrote much of his literary work  . But it was also the place  where he was imprisoned during the military dictatorship.

The terror in his words

On the day of the 1976 coup I was in Córdoba,  trying to enroll in the Faculty of Philosophy, because it had occurred to me to study. When I returned  to La Rioja  there were controls like a busy city. I came home... They told me they had arrested almost all the intellectuals. Many were from the newspaper El Independiente. Ramón Eloy López, a poet, a priest, one of the three members of the Communist Party, some of the JP and the architect who planned the prison, was also detained. They put him in the punishment cell.  I slept at home that night, I knew they could stop me.  He had been threatened by Triple A, and LV14, the local station. One broadcaster was reading a chapter per day of 'The Devil's Trill, 'and they told her that if she kept reading, they would blow the radio.  They threatened me , I turned to Governor Carlos Menem, and I had taken police custody at home. I got up early, I was preparing my college entrance with that pleasure of entering those disciplines for the first time. I opened a book and saw a car stopped: there were four, three walked slowly home. My daughter Maria Inés, seven years old, slept. My son Ricardo, who was fourteen, was raised next to two children from a  friendly family , and there was my wife. I rushed to open the door for them before they knocked it down. It was 25. I asked if I could change my clothes. They said, 'Yes, but soon', and they escorted me to the bedroom. 'Do I carry documents?“'He won't need them, 'one said.  That scared me. But I didn't have time to be afraid. I was unable to react because that was unusual.  I was a journalist, as well as a writer, worked for Clarín, and musician and plumber. They took me from home to the barracks, quietly. It was close. I went into the barracks. In a huge living room  there was half La Rioja   standing, against the wall (we were not allowed to sit),  with a mattress next to it. (...) I heard that my books were kidnapped from the Riojana bookstore and burned them in the barracks, along with Cortázar and Neruda's. What an honor.  I lost 7 kilos in 12 days: I did gymnastics sneaking.  When they told me that I could leave the province, I went to Buenos Aires, managed my passport, returned to La Rioja and in a week I raised my house. On May 24, 1976, we took the 'Cristóforo Colombo', and on June 8 began exile in Barcelona.

Without a doubt, Daniel Moyano's work  is stained from all the experiences lived. Throughout his history, his travels, his exile and his training  he acquired the tools that would help him develop an  unmistakable prose.   He is one of the most original authors  of the  Argentine narrative of the second half of the 20th century.  His production consists of  eight story books and seven novels   containing a dynamic reflection on the human condition, on the entity of the reality and the possibilities  of language to account for it.  In addition, each of his productions contains an  experimentation with the constituent elements of the narrative.  He is a  compulsive literary player : he is encouraged to play with time, space, character configuration and plot organization.Its simplicity has a unique lyricism that accounts for well-defined intentionalities. To read it is to travel through new worlds...