Home People Art and Literature Conquer the world by dancing

Maximilian Guerra is one of the great figures of our dance. On her birthday, goes our little tribute. 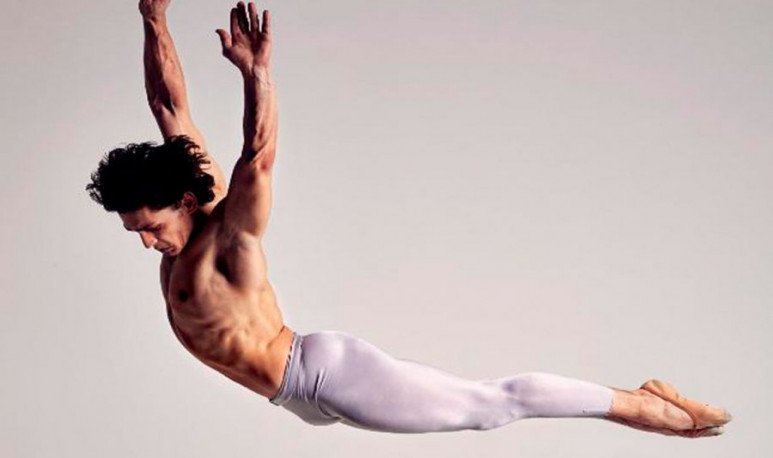 Maximilian Guerra  was born with a gift on his feet. When he was very young, he started playing  football : he thought his passion was going around. Until, at the age of 10, she accompanied her sister to one of her   dance classes    and everything was clear.  His feet were made to dance .

Born in the neighborhood of   Almagro  (City of Buenos Aires) startedor his dance studies with master Wasil Tupin. Then he continued at the Superior Art Institute of Teatro Colón. He shone at the  Ballet Argentino de La Plata  and the  Ballet del  Teatro Colón   . From there, he jumped outside, where he got great awards.

He worked in some of the best international companies : the Berlin Opera Ballet, the English National Ballet, the Milan Scala Ballet, Kirov and Stanislavsky. In 1992 he played  Spartacus by Yuri Grigorovich: he was the  first non-Soviet dancer  to do it. She danced with Maya Plissetskaya, Alessandra Ferri and Carla Fracci.

In 1999, Maximiliano Guerra founded, in Buenos Aires, the Ballet del Mercosur, a company that continues to lead today, a group that was born to accompany the  new emerging talents  in the Latin American dance world. With it, he has been touring stages since then, with a repertoire drawn by works of different choreographers.

From dancer to choreographer

From the year 2000, his passion turned to  choreography . That year he was invited to Stuttgart Ballet to create  Don Quixote, the dreamer of La Mancha . His choreographic work includes works such as  More argentino, La última luna  and  Sequences  .

With a life devoted to  dance , Maximilian Guerra is one of the great figures of Argentine art.

"We are a ballet loving town"

Eliana Krawczyk: Queen of the Seas

Raúl Cascini and another expulsion