Teodoro Nürnberg was a photographer from Comodoro Rivadavia who told many stories with his camera. 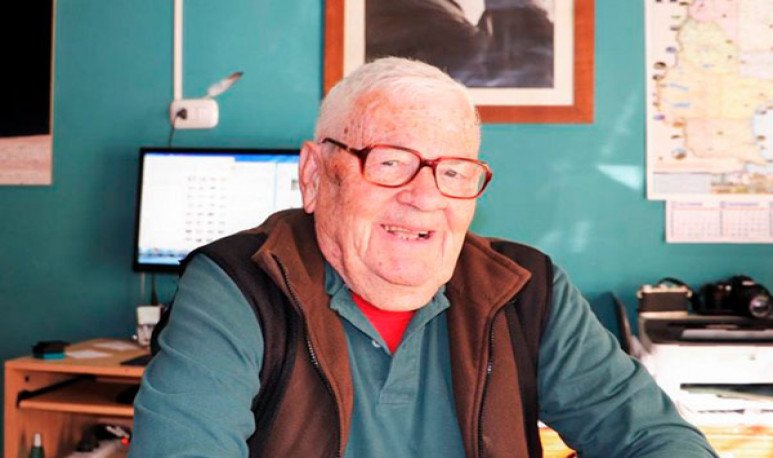 One of the professions that articulate history (and stories) and art is precisely  photography . Through them various feelings and experiences are transmitted: just a click away, from which one must understand and know how to capture the essence . Teodoro Nürnberg was a photographer of  Comodoro Rivadavia ,  Chubut , who narrated so many stories as he could.

Teo, as everyone knew him, passed away on January 31: the renowned photographer was born in Esquel in 1931 but a year he moved to the oil city, who saw and formed his entire great career. He was passionate about showing every corner of the sea, the   Patagonian steppe   and other places in Chubut.

It was part of history and his story, as he collected the best images of the city; other photographers have always seen him as a master: his charisma was articulated with the great value that impregnated photographs: the historical.

He spent his life recovering the past and telling those stories:  he produced a huge archive of more than 4,000 photographs  and more than 30 years of construction (since it began it in 1986), where Teo scanned, saved and cataloged; in it you can find photographs officers from the former Military Governorate of Comodoro Rivadavia, the public life of  Juan Domingo Perón 's mother, and a Carnival parade of 1950 showing one of the avenues decorated: it is literally the photographic memory of Nürnberg but also of the whole city. They are part of the Municipal Historical Archive, one of the oldest dates back to 1904.

This file was born in 1986 because people were approaching the studio to make a reproduction of his photos and he was keeping the negatives: they are all photos of    Commodore   and he never thought he'd put so many together.

In his last time, Teo considered photography a hobby, as he took it as a job when he did it for eleven years. The publication of images on his Facebook started again the dissemination of ancient history: gravel streets that are now routes, already non-existent businesses and parts of the village and beaches unrecognizable to this day, for all the new architecture. He was happy to share and follow the spread, since it is important that the village know its beginnings, how was one of the most important and populated cities of  Chubut  but also of the  Patagonia .

Teo still had the passion of sharing and teaching how to build a good photography: he gave courses, so he had to be updated with the new techniques and forms of digitization. Although analogue has its extra nostalgia, Teo said he did not miss her because “nowadays times were shortened, revealed and so on, it takes time. Classical chemical development is excellent. I have my chemists, movies and analog cameras and I keep revealing. The development part is still working, but not copy it. I just reveal the negative and then digitize it,” he said in one of his latest interviews with a local media.

Teo was and will continue to be part of  Comodoro Rivadavia 's story: through his own photographs, which he has been cataloging, detailing and also organized in an archive which today is Patrimonio; through its students, colleagues, other local and regional artists: many have expressed their condolences via social networks, many with photographs and techniques that he himself taught them or with lived moments. Much of   Comodoran   society has been reflected in the art and historicity of the photographs of the great Theodore Nürnberg.