Recently deceased, the Chaco writer with only two books has a prominent place within the national letters. Fierce literature for monsters. 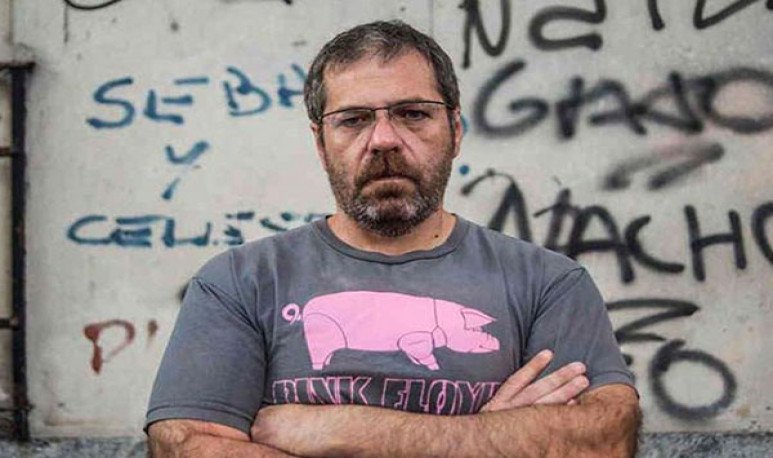 “If you are in harmony with the world you don't even do it crazy. You don't need it.  What you do with hatred — and I have a very big social resentment — is turning it into a bridge to your environment.   It's even more pity,” Busqued told Spanish writer Kiko Amat, and added as a controversial business card, “I would love to be able to say that the hatred of my literature puts a bomb on the consciousness of society, because that would put me in a role. proactive.  But with that hatred, you actually try to find a corner to get in, like a vermin ,” the author of two such strange bombs, “ Under this tremendous sun” and “Magnetized”, so different from  navel of vernacular literary circles , which surely several will feel their absence. It's not easy to get the monster inside us.

Carlos Busqued was born in Presidencia Roque Sáenz Peña, Chaco province, in 1970. In that town Carlos learned, “without much time for boludez”, what was the tremendous heat, surrounded by a depressing and bruttered climate, and where the senses were anesthetized by a world that does not give respite or joys. At the age of fifteen she moved to a humble neighborhood of Cordoba and graduated from the mechanical engineering career, which would be her source of life in  teaching both at the Docta and the Technological University of Buenos Aires. By 2006 he decided to settle in the neighborhood of San Cristóbal in a small, stripped studio, on whose stairs of the building was found last March 29 after a heart attack . So far a gray, lonely life, self-absorbed in stories of serial killers and fantastic facts of nature, and in tune with his beloved American writers Bukowski and Carver, because “I can be like a dick in my life, in general, like a guy who doesn't understand anything. And then it is important to leave signs that behind my stubborness, there is a complex system of thought,” he said in a note by Rodrigo Duarte on eduvim.com.ar. 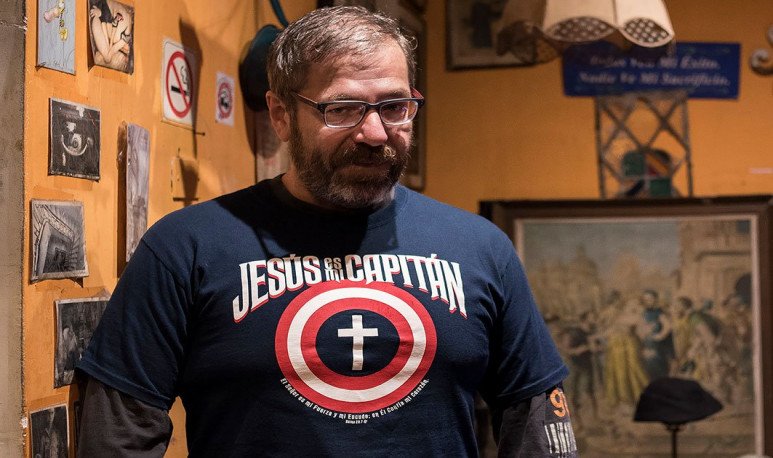 That complex system of thought would detonate with his first tales, which promise to publish his Cordobese friends of the Serpent Circle along with some short films, and the production of radio programs Autumn in Beijing, Exemplary Lives and Prisoner of Planet Hell, where his taste was explored strange and away from conventions. Simultaneously, his great size, which brought him closer to a writer related to his worlds, Alberto Laiseca, becomes a well-known figure in the underground environments of heavy rock. Encouraged by friends, Busqued decides to perform at the Herralde Prize of Editorial Anagrama, which although he does not win,  allows the edition of “Bajo este sol tremendo” in 2009, on the prestigious Spanish label. This first novel did not look like anything, before and after, of the  excessively self-reference writing of his contemporaries. And yet each chapter was full of scraps from Busqued's childhood and adolescence, smells, defeats and violence, everything is there combustion.  And the same Searqued himself, of course, “Cetarti could somehow vividly perceive the mood of animals: an instinctive sadness and a feeling of confusion at the strange tactile perceptions”  Certati, Duarte and Danielito travel deep into the night of the Argentine history, just here, in Lapachito.

“- Poor thing, all these years under a tremendous sun,” we reproduce from the novel of the same name, “He dug with appresion. The earth was soft but had no urge to rush the movement. Around the cemetery there was a descampado island and a hundred meters later the closed mountain. He recalled the documentary about the elephants of Mal Bazaar. He imagined one of those elephants coming out of the jungle. He imagined he was facing them. A complex and powerful body that made the earth vibrate at every step. But the elephant wouldn't attack him, he thought. He would approach them calmly and curiosity. He would stay next to them by touching them gently with his horn. And then he'd fall to the floor. Or it would fade into the air. Or anything else. But it wouldn't hurt them. “Almost all the  mahuts  -those that elephants ride - are alcoholic,” he recalled. How good to be an alcoholic, he thought, how good to be killed by an elephant. Anything else.” A scorching wind moved the foundations of Argentine culture, even had his film -failed - with Adrián Caetano in 2017, and transformed Busqued into a requested writer, for his regret as a  wolf steppe . Much of his thought is also spread in the second decade of the millennium through a personal blog, which serves as a test bed for small fictions and other herbas, and a twitter account, A world of pain, which was one of the scarce  online  beaches of i  political correction . And Bizarry.

“ Serial killers have always interested me”, in the aforementioned interview with Amat, “I had a radio program on the subject when I started the internet. People who knew me at that time and who, at the same time, were on the therapeutic team of Raul Melogno, introduced me.   He was one of the rare, had survived Unit 20, a penitentiary psychiatric facility, and was in a more attentive one. He had been 10 years without taking medication, working, stabilized, when asked if he wanted to write his experience, as a form of therapy. He said no, but if they brought him someone to talk to, he would.” That talk resulted in interviews that nurture Busqued's second book, “ Magnetized” (2018), which approaches the record of Truman Capote's classic, and share the unanswered questions about the origin of violence. In this non fiction Busqued recompose with his words the life of Melogno, who “magnetized”, not knowing to this day well why, a few months after the Falkland War, he murdered four taxi drivers in Mataderos and Citadella . A fragment of a disturbing close novel, which links with the previous one as oppressive climates, and a sharp language management.

They told me about someone who saw you levitate.

“ A person who knew you from Unit 20 and came back to prison. They brought him here and when he saw that you were, he asked to be away from you. He said you were bad, and that he had seen you levitate.

“ Oh, I know who he is, I've... no, well, but he's a very influential person that boy. Among other strong problems he has.

What happens is that about me, in here, there are things that are told word of mouth and they got bigger, over the years he went half putting together a snowball. Even today, when the requisition comes (who are not guards here but from the “normal” prison, say, they come every two or three months), when they find the sanctuary in my cell, they see the offerings, the candles, they say, “Old man, what are you going, what a rare wave this is” But these kids already are more modern, ask more from curiosity, not so much from fear.

On the left arm there is a tattoo with three vertically aligned symbols: above a 666, in the middle an inverted cross and below a whole dextrogric swastika. The symbol line is guarded by two rampant snakes on the right and left.

Why is the reverse swastika?

“ The normal swastika, that of the Nazis, represents a turn towards the sun, towards the light. So I tattooed this one that is the other way around, a turn into the dark.

Who gave you the tattoo?

-Me. I tattooed it on my own, looking at my arm in a mirror.

Why are you praying to the devil?

“ Does the devil not inspire bad deeds?

“ If I thought that, I would be a Christian. Evil is in one, not religion. The person with a dark side doesn't necessarily have to be an evil man in his life. The concept that I, in order to worship Satan, have to be a bastard is a Christian concept. It's like saying youth is going to crap because they listen to rock rocanrol. It goes to hell, but for a thousand other things, not the rock rock.

Busqued in 2021 was in the middle of a new novel, temporarily called “El cotolengo de acero”, “They are Nazis, in Cordoba, who hate the world,” he said, and assured that he would complete a trilogy, we add up, focused on the forms and faces of violence. His brothers are guarding this material today.

“ Busqued was the Argentine writer of the 21st century who most interested me, perhaps the only one who interested me,” critic Daniel Molina said to Daniel Gigena in the newspaper La Nación, a few hours after his death. His two books, like the two of Juan Rulfo, define an entire  literary work of weight  .  Both are so different and so similar in the essentials: they are necessary, they talk about what nobody talks about, and they look at it from the place that no one looks. That was possible because Carlos was in love with the strange, everything we expelled from good conscience. He managed to do something beautiful with the horrible.”

“To me in a sense literature saved me, in a very humble sense because I am not saved from anything, but it pulled me out of a certain place. I'm not even talking about writing, I'm talking about reading.  For me, literature was essential to stop suffering the time I was reading. If I provoked someone the trip that caused me X guys, I'm done,” he confessed in a report with Luciano Sáliche, on Infobae.com. His two books, intractable pieces like the writer himself, arisco to any canon, are made a herd in the darkness of living that dwells in each of us.