The architect and urban artist Rubén Ángel Díaz added a new work in homage to Atahualpa Yupanqui, which adorns the streets of Ituzaingó. 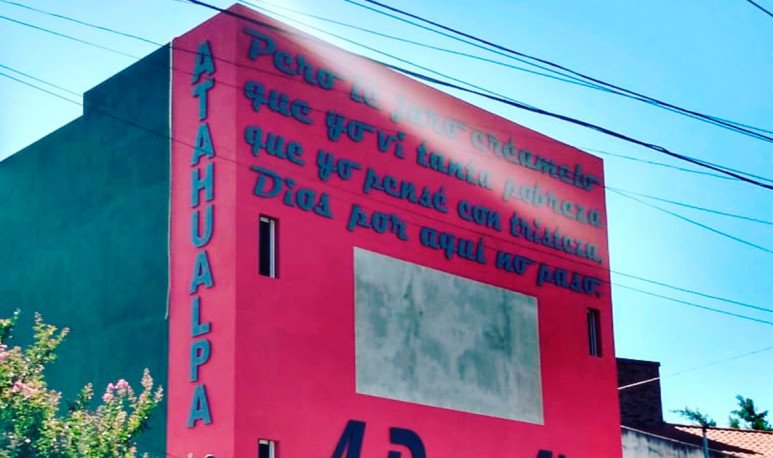 That art went from museums to the streets is something we know a long time ago. It has already ceased to be something to admire from afar and became a component that intervenes our daily lives. In the  Ituzaingó   party  (Buenos Aires province), there is a person who, for some time, has been  filling the streets of its neighborhoods with art  . His latest contribution is a tribute to the great  Atahualpa Yupanqui .

This is the architect and urban artist  Rubén Ángel Díaz , who is already known for constructing replicas and tributes of all kinds: “The Bar de Moe” (from The Simpsons), the Eiffel Tower, the Arc de Triomphe, the Tower of Pisa, the Republic of Carlitos Balá, the Minimum House and the tribute to Minguito, among many other works.

The  tribute to Atahualpa  is work number 22: “I  dream into turning Ituzaingó into a thematic urban art party of freedom,  diversity  and fantasy  , demystifying ridíass and prioritizing being before belonging. Breaking out expired and obsolete structures so that walking the streets Ituzaingó is a walk and surprises visitors at every moment,” wrote the artist on his Facebook page.

The work is located between Verdun and Paysandú streets, in the Villa Alberdi district in Ituzaingó north. On the wall, next to the image den cantor, you read a phrase from the topic “  The persecuted payer  ”:

But I swear, believe it,

that I saw so much poverty,

that I thought sadly:

A well-deserved tribute to which neighbors and visitors can enjoy in this particular town in the west of the Buenos Aires region that has so much to offer.