Home People Art and Literature Argentine literature 2020: the best and the worst

For the lady's wallet or the gentleman's backpack, and read on holiday or quarantine, literary recommendations in a lousy year of the book industry. 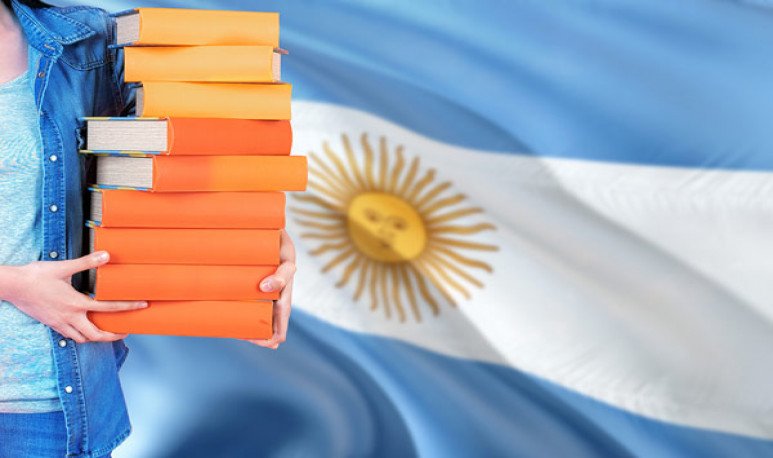 Author quote: This note basically deals with three recommendations for titles edited in 2020, but first a necessary prologue.  Economic and social crises affect all sectors of a society. Obvious. The pandemic devastated the deep foundations of the world of work, taking any growth forecast after nearly a decade of recession. Obvious. A 25% deterioration of the productive apparatus is calculated.  What seems not so obvious is that there is a negative silent impact and has a double aspect, economic and cultural. And it's the free fall of the publishing industry. Jobs are lost, citizens are lost.  That simple is a book less on the street.  A less edited author means a less head that opens.

A broader analysis of the industry would result in the decline in recent years from printing   139 million books in 2015 to 43 million in 2019.  And many new titles,  mostly Argentine authors , came to the tables due to the  denoted work of SMEs publishers, which represent 90% of the 400 registered  . Known that the fall in purchasing power explains one part of the downstream process, the other, the new ways of commercializing books — although only in 2020 they had some impact — but more related to the absence of a sustained and coherent public policy. At the  end of the chain, contrary to what is prejudged in big cities, of the 1,200 bookstores throughout the country, 70% are independent, and bring culture to the remote towns of the country . Of these mouths of knowledge and entertainment, it is estimated that 20% will not lift a blind in 2021.

This year we are living in danger was not the exception with the lack of state measures towards the punished sector. He started with artificial respirator with the help of the Assistance to Work and Production (ATP) program but inexplicably in November it was removed from publishers and bookstores. Many were able to survive online shopping, and competing with large publishers that unusually opened direct sales channels, although with almost 20% down in sales. Given national and municipal indifference, latest news, the Libreria de las Luces on avenida de Mayo, with sixty years of culture meters from Casa Rosada, closes its doors.  In Argentina in Sarmiento and Borges, Cortazar and Puig, the book ecosystem is in intensive care.

The strange case of Mr. Lugones

Since the eighties, César Aira's kilometer work has been a contracarrile to Argentine literature. And a new school.  Aira is the intellectual author of humor in Argentine literature.  Blind to a share of maleficent irony, to laughter that loosens belts, the Copi-Puig-Lamborghini-Aira line disarms the solemnity of our letters; and once again puts the importance of the plot at the center of writing. The literary invention of Macedonio Fernández, the crazy adventure, is a brand of Aira. But it's not an overflowing or delirious literature.  Since his first works, Moreira (1975) and Ema, la captiva (1981), he mixes the realist and the fantastic, the elevated and the banal, the poetic and the prosaic, the philosophical and the trivial, in a surreal key, in an unfortunate plan that entails a great essayistic project .

Lugones (Blatt & Rios) by César Aira  has many of these nodes condensed into a novelite, as he likes to call the huidizo writer born in Coronel Pringles, and shoots on one of his favorite themes: to put together a great comedy of entanglements about the Argentine literary system.

From the concrete fact of  Leopoldo Lugones 's suicide in 1938, Aira imagines a multiverse that puts his legs into reality.  For a recreation of the Tigre, the troubled writer, the children well, the trapped islers, the inept police and even an ineffable lie “Can you believe that just a few days ago, now, in my abject old age, in the most abject to top it off, I fell into account of what I've been told?Iacute; to the past? And the worst thing about realizing something is that the first thing one warns is that others have noticed before. Everyone who laughed at me, Borges, Girondo, Macedonio Fernandez, they were all right! And I thought it was out of envy... they're worth what they're worth, and I don't know what they're worth because precisely I can't know, essentially they were and are right: I'm not a writer. It doesn't matter that I'm the argentinian writer par excellence, the greatest, the master, the living classic... I'm not a writer.  Literature is so perverse, look a little, that you can be the greatest Argentine writer and not be a writer,” says a Lugones debatido, in this novel that, if that were not enough, also dances cheerful on civilization/barbarism axes. With a novel written in 1990, La Fábula Aira sails, again, the extraordinary thing about telling something for the first time.

The flat earth of being

The Llanos (Anagram) by Federico Falco  is a twist in the narrative of the Cordovan writer, although perhaps it is a deeper raking. Falco's first novel develops a writing that condenses the usual artisanal precision of his stories, the vivacity of his images, the explosion about to occur, with a novel economy of words. As if the plain will simplify the horizon of a plumazo, the snapshots of our protagonist reach almost telegraphic sentences inside a rained Buenos Aires orchard “The landscape as a mirror. In everything bad and in all the good” or “The field is impossible” are several of the sentences that do not finish off any ideas. It's all helplessness. And they prolong the sangria of a writer in mourning for the separation of his partner. Meanwhile, the seemingly motionless months happen with their small accidents, in a hidden passage from the  memories and feelings  of those who left the Interior for the City.  That garden is not a stalemate in the days of the narrator but a skein of who I am “ Telling a story changes who tell it. And at times fiction is the only way to think what is true,” says our solitary protagonist in his flattened land.

“In Cabrera things have their original name again. Language is again mine”, on page 129 writes to the author of the stories “222 ducklings” and “The hour of the monkeys”, “Flowers are blunted. Salames are not salames, they are sausages, or dry sausages. The pochoclo is pururu. To put clothes in the washerclothes is to put a strikeout of clothes. If I go to the butcher shop, I don't have to call the rib steak at the ribs anymore, don't pull roast to the ribs. In the bakery I can order a room of Creollos and everyone immediately understands me,” lists the Cordovan writer who revitalizes the references of his childhood that flood his stories. The originality of this novel, finalist for the prestigious Herralde Prize, lies in a simple, frank tone, which brings us curious about the origin of writing — and writers.

Before the catastrophe we described in the prologue,  Eterna Cadencia presented the new book of tales from Mendoza Cecilia Pavón, “All the paintings I threw”  A real emotional log of the poet, writer, translator and teacher, Cecilia one of the figures of the Buenos Aires culture of the two thousand. Whether at the foundation of Beauty and Happiness, an art gallery that was more than an art gallery in the early millennium, or with its influential poems such as “Candies de Anís” (2004), Pavón put in words several of the tensions, and projects, of a generation of the nineties which still models tastes and trends. Many of them are reflected in these sixteen stories ranging from wondering what a poem is to criticizing neoliberal models, or the relations between culture and environmental care. Or simply question the couple because they wash the dishes “without love”  A microscopic literature that makes aesthetic and political statements at the foot of the washing machine. The fight is on all fronts , Pavón seems to say, who can play the model of the great Sergio De Loof, or a writer who does not want to be a professional writer.

“At forty-one years old, it makes me happy to think that I can regain purity. I love the idea of eating beneficial, soft, illuminating foods. I love that idea even though I know it's just a concept, or maybe I love it precisely because it is first and foremost a concept. And concepts precede reality... What if instead of wanting to eat well, I intend to start writing well?... Any writing that does not go towards love will crash against a wall,”  he writes Pavón, at that confluence of biographical scraps and lyricism that transformed into a very personal style . These tales of Cecilia are urgent long poems, a little love, in front of what we call reality.