Home People Art and Literature Antonio Berni, the artist of all Argentines

In 1905, in the beautiful city of Rosario, one of the greatest painters in Argentine history was born: the already mythical Antonio Berni. 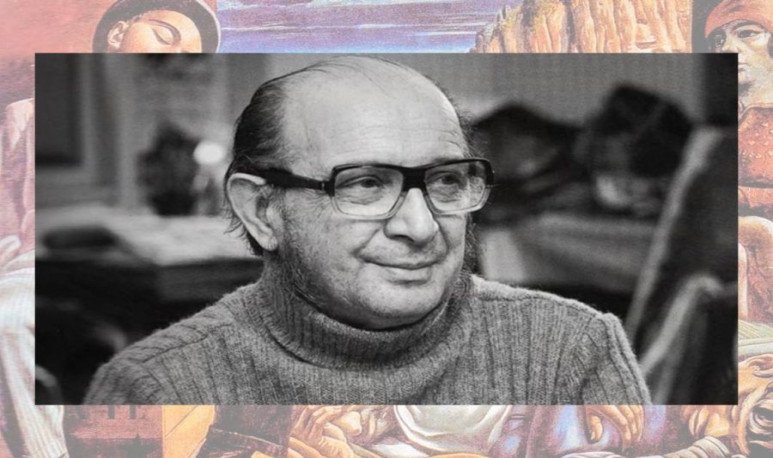 In 1905, in the beautiful city of  Rosario , one of the greatest painters in Argentine history was born: the already mythical Antonio Berni. Going through expressionism and at some point through surrealism, in his maturity he devoted himself fully to realism, demonstrating that in addition to an impressive talent for painting, he was an artist with human and, above all, social ideals.

At the age of ten he began as an apprentice in a polychrome stained glass workshop. I still didn't know that fate had a bright future prepared for him. His master of the workshop taught him the first rudiments of drawing, a discipline he later perfected in his hometown, attending formal courses. At fifteen he had already learned: his first exhibition (basically landscapes and some other portrait) managed to draw the attention of the specialized criticism who considered him a “child prodigy”.

At twenty he made the first leap: he won a scholarship to study in  Spain . He met Madrid, but also Toledo, Cordoba, Granada and Seville, cities that boast an enviable architecture, which also allowed him to approach the work of authors such as El Greco and Goya.

Months later, already in 1926, he met  Paris . In the 20s of the last century, Paris was a kind of Mecca of pictorial art (somehow still it is), where many artists lived. In its streets and bars, Berni met the avant-garde, which showed him what could be done with “new” techniques such as engraving or collage. In addition, he frequented the circle of Argentine artists living in the “ciudad luz”, composed among others by Spilimbergo, with whom he would join a friendship relationship that lasted a lifetime. But what moved him most was surrealism. Today, he is considered one of the first Latin Americans to work that style.

Berni returns to our country

In  1930  he returned definitively to Rosario. Together with Spilimbergo he received his first important commission: the Botana Mural. Maybe it was muralism that brought him closer to what we might call a “committed painting.” In addition, he carried out a very intense political activity: he created the Mutual de Estudiantes y Artistas Plastics and joined the communist party. In 1933 he founded the group  Nuevo Realism , aimed at converting into a work of art the small details of everyday life.

In 1936, installed in  Buenos Aires , he began teaching drawing at the Escuela Nacional de Bellas Artes. He was already a dedicated artist. He began to rain his orders: a mural for the Argentine pavilion of the  New York World Fair, others for the Hebraic Society and the Pacific Gallery. He also dabbled more and more into the portrait: he made a series of his wife and daughter Lili. These portraits are considered the transition to expressionism.

Already in the 1970s, being one of the largest artists in the country, he turned to stage and decorative works, as well as illustrations for Argentine and foreign media. More than ever, he turned to collage and popular myths. He died on October 13, 1981, and had long enjoyed the prestige and popular affection he knew how to earn after a life of work and talent.