Home People Art and Literature And the Guinness Record for...

This province is the brand new winner of the Guinness Record for the World's Longest Mural. We tell you everything in this note. 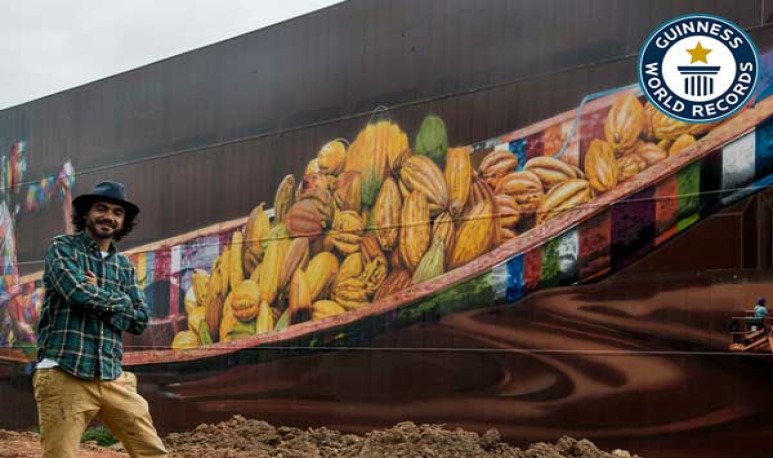 The province of  Misiones  has become the undisputed winner of the Guinness Record for the World's Longest Mural. And not only that! But he has earned an extra certification from the prestigious  Guinness World Records  for the longest pencil-painted mural on the planet. Two prizes in one. How are you doing?

This large mural has 4 linear kilometers of extension, that is, 40 blocks! and about  4 thousand square meters .  The work was done on the wall of the center of the  border , on the south coast of the city of Posadas . It is divided into two parts, a painted sector and the other made in pencil. Guess what? They both beat Guinness Record.

One of the most interesting attractions of the missionary mural, beyond its extension, is the  gigantic collective intervention of  artists  from all over the region . Artists from Misiones, Formosa, Jujuy, La Pampa, Buenos Aires, Cordoba, San Luis and Peru, Bolivia and  Paraguay worked for 15 days.

The project, in charge of the professor and plastic artist Valeria Garibotti, sought to capture the identity of this border land and fraternity between countries. The images shown are related to missionary culture. But also with  traditions  from all over the border region such as the mate, the fisherman, the taskman and the jungle.

While the scribes of the Guinness Record walked through the 4,000 square meter painting and the smallest pencil painting, those of the red earth were expecting. What would they decide? Tension in the provincial capital grew as world record specialists made their scores. With a drum roll, the verdict finally reached the ears of all the  missionaries . Winners!

The merit of the award is due to the monumental work, which  involved a series of complex techniques . First, paint the wall white to leave a solid background and thus be able to capture the design. Second, run the drawing only with graphite pencil and add shadows to generate perspectives and different color shades. Finally, as it is not a uniform wall, expert knowledge was required to calculate the exact measurement of the mural.

The dimensions of this ambitious  mural  surpassed those of the previous recorder in Poland , who held the record since 2018 with a work of art measuring 85,03 square meters.