Home People Art and Literature Ana María Fontán: the rebirth of a writer

Ana María Fontán has just published her first book, “An idea of risk”. We tell you what this story is about that you can't miss. 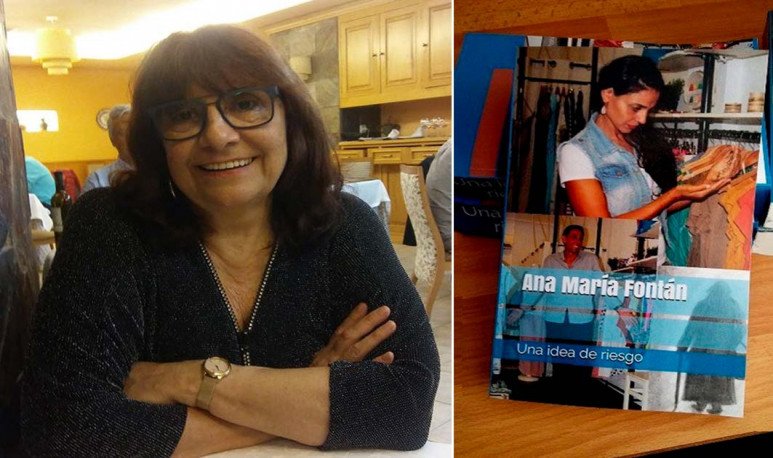 Borges  said: “Any fate, however long and complicated it may be, actually consists of a single moment: the moment when man knows forever who he is.” That moment — something similar to what the Japanese call  satori — comes for everyone at some point in life: some reach them before; others later.  Ana Maria Fontán writes from chiquita. Her path, however, led her through other directions. Today,  grandmother and retired , she resumed that creative impulse and shaped her:  she just edited her first book, An idea of risk.

Ana Maria is Argentinean, but has lived in Spain for 17 years. Writing is her first love, one that accompanied her throughout her life. Until now, however, he had never given it a preponderant place because he felt insecure. Or, maybe, because it just wasn't the time. But today it is:  today is the time of Ana María Fontán, writer.

“I always liked writing, since I was a child. I made booklets with folded leaves and gave them to my mother. He wrote and kept everything he was doing. Now that I'm a grandmother and I'm retired, I have more time and I've decided to move forward my writing facet,” he says. “ I always had a restless, creative mind that ended up turning on the paper .”

About   A Risk Idea

His first book is a story of overcoming:

Nuria was a girl determined to meet the goal she had set herself. He put the bar at the top. He fought hard to achieve it. He lashed out with all his strength and enthusiasm, but it was not easy and, after a dream, he put up a plan that was not common between absurd and original. It was an idea that came up little by little and gave an unexpected result. Nuria, with the unconditional support of her brother and two friends, coupled with her iron will, boldness and some unconsciousness, set aside everything that could divert her from her path, even love. That road was full of vericuetos and that's how he put his life in danger. In their adventure, which begins in Betanzos and ends in Madrid, they intermingled intrigue, suspense, romance and an encounter with the Italian mafia.

The author tells us about this: “So far all the opinions and reviews I have received have been good. It is a book that engages from the beginning and transmits a message of improvement, of struggle, of moving forward even if everything is against you.”

Sometimes you just need to take the first step: the following are always much simpler. This is why, with her first book published,  Ana María Fontán  is already preparing her  next works  . One of them is a collection of stories — some written long ago and some new ones — that will be part of his following book:  Tales para lacrimeaar and others to smile.

“I want to take all the opportunities presented to me to continue enjoying the pleasure of writing, telling stories and being able to reach people,” the author tells us.

We look forward to having the opportunity to continue enjoying your work.

How to Buy   A Risk Idea

The book is available in soft cover edition and e-book, on Amazon. To purchase it, you can contact Ana María Fontán through her  Facebook    or by e-mail: escritoraamfontan@gmail.com.