Home People Art and Literature Love on the highway

A somewhat crazy and surreal adventure 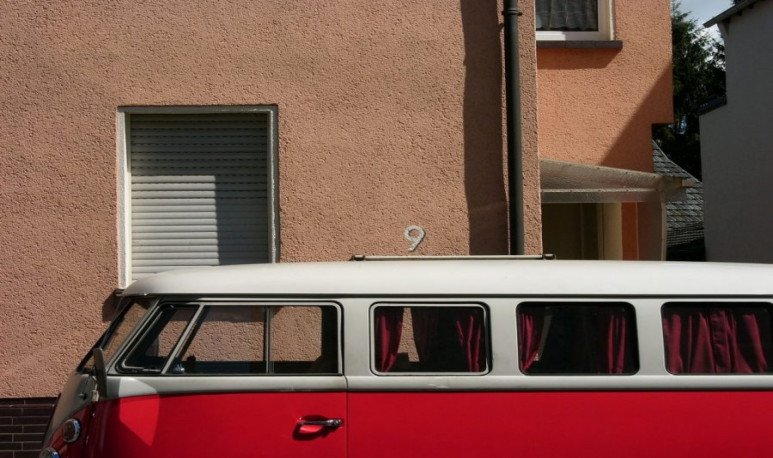 In 1981,  Julio Cortazar  wrote the story “AUTOPISTA DEL SUR”. This short story was undoubtedly very well received by readers and critics. It tells us about the people who have been stuck in a traffic jam on the motorway between Fontainebleau and Paris, a heavy  summer  Sunday afternoon. People who are there do not know the reason for the delay, and different theories and news abound, but nothing is confirmed. Each time, the situation becomes more limitless: heat increases, food is scarce, people begin to feel worse. Anyway, it doesn't open the way. The solidarity of many increases, and they work to  survive , while some are lost in despair. The story explores how human beings react to such pressure. Finally (watch out,  spoilers !) , it opens the way and everyone continues with their normal lives. They almost forget everything that happened there. It is typical of Cortázar to play among terror, fantasy, realism and that beautiful writing style that characterized him: this story is no exception.

Based on this narrative, he tells his wife, photographer Carol Dunlop, the idea of making an anthropological journey along that same highway, linking Paris with Marseille. However, he hides his real motivation to make such a  trip - a kind of farewell. It's just that the doctors have told him that Carol's discomforts, since some time ago, were due to leukemia in his final stage. She didn't know the diagnosis. Carol accepts the proposal very willingly because he knows, thanks to the fact that doctors have confessed to him, that the weakness that eats her husband is the last stage of a rare disease. In turn, he does not know his own diagnosis.

Motivated by that love is like, on May 24, 1982, they leave from Paris aboard a red Volkswagen kombi, which they have baptized Fafner, in honor of the dragon Wagner wrote about in  The Ring of the Nibelung  (a cycle of four epic operas or dramas based on Germanic mythology and Icelandic). The dynamics of the trip is established as follows: they should stop at two paradores per day, and always spend the night in the second of them. Because the motorway has 68 stops, the trip runs for 33 days. At each of the stops, travelers propose three main tasks: to make a topographic survey of fauna and flora; record statistics on the dimensions of the viandas; and test the temperature and quality of coffee. The entire trip was portrayed in one of the funniest books, which, as Cortazar said, was a somewhat crazy, comic, fantasy and even surreal adventure. It had as title: “LOS AUTONES DE LA COSMOPISTA”. In the stories, they two intervene with the pseudonyms of “Lobo” for him and “Osita” for her. In addition, several characters from the book “62/MODELO PARA ARMAR” make their participations, with desopilating dialogues and comments.

For example, the author comments:

“ We don't know what we are going to discover when we enter this time of camels, after so many trips by plane, subway, train.”

Cortazar, later, adds to seeing the fervent activity of an anthill,

“ Ants are like Nazis or rock and roll fans, they never come alone.”

Passing with the Fafner through a bridge over the Burgundy Canal he mentions his wife, “I do not pretend to

be the Werner Herzog of this expedition, here there are no arrows with curare and the Indians would come to be the French, who unintentionally stop our slow advance of northwestern and oacute; n to meridion'.

Carol Dunlop died 6 months after the end of the trip and Julio Cortazar accompanied her - if I may  hope  of the  post-mortem reunion -  just two years later, the 12 February 1984.