Home People Art and Literature Agó Páez: “The first thing my dad taught me was to paint the sun”

Agó Paez is the daughter of Carlos Paez Vilaró and inherited from him his mystique and his great love for art.

Like his father, his place in the world is Punta Ballena, where he installed his mandalas and  meditation workshop. Her friend, Maria Cabeza, did this interview to her, and her son, Horacio Reyes Paez, the photos.

The interview is at 9.30 in the morning instead, in Punta Ballena. I'm going in a taxi. I start my way by observing, thinking about Agó Paez -his name is Magdalena but they tell him Agó from girl- and his father, Carlos Paéz Vilaró. Impossible not to remember mine - who died three months ago - on this trip: our visits, since a child, to Casapueblo, my family housed in Posta del Cangrejo, the  croissants  of “La Fragata”... I let go, the grove catches me and hugs me. I get to the door, a wooden door. Agó Paez is coming. Dressed in white, tanned by the sun that her father loves and loved so much. He hugs me. Anchor in a warm place. His  dogs  -Chelo, Margarita, Chocolate and Loli-; their  cats  -Lucero, Estrella, Micha and Marina - and even her chicken Pepa greet me with joy, just like her caretaker, Alicia. She has two children: Maria-Maria (the name is so, double) Scarpa, daughter of her first marriage to a Brazilian, lives in  New York  and gave her three grandchildren; and Horacio Reyes Pá ez —son of his second husband-,  photographer  and author of the images that illustrate this note, he is also music and lives in Vienna.

The hostess invites me to move to her spiritual place where we sit on cosy brightly colored cushions and five minutes later, Alicia brings us a delicious  tea  of zedron, made at home.

- Why are you painting mandalas?

- When I was three years old, I started coloring with my father. The first thing he taught me was to paint the sun. Working with the circle I discovered my spiritual path, not knowing that I was making mandalas. I understood that it had to do with a similar form to many cultures such as Tibetans, Mayas, Aztecs and, after meditating, I felt that I had to work within that circular form. I decided to teach it and opened a school - for 17 years old - in Rosario, with a sculptor friend, Karina Beltrame, who was very interested in my work when she was in  Uruguay together we started working at the UIA (Interdisciplinary University of Argentina) on a Master in Art Therapy through mandalas.

The circle, the shape of the mandalas, has to do with the feminine.

With the mother, it's the planet, it's the mother's tummy, it's the cell, the egg. In art with Dad we were yin and yan; he worked quantity with the black line of Africa, roots, music, drum, candombe and me with rainbow colors: I don't use black for my paintings. I know I'm a channel, I'm aware of that. It's about discovering, one day after the other. As a friend of mine - very spiritual- says from  Cordoba  “It's not an  instant coffee   but it is going to be done by little” and we are guided to do so. My story started at age 3 when I painted suns with dad. He always said to me, “You have to follow the sun.” Then I asked myself, “What are you talking about?“He loved the sun and winter came and went wherever it was. In Casapueblo, where we have that wonderful sunset and that love of the sun, one day I dropped my card and I said, “Dad is telling me that I have to follow my inner sun.” That was and is my big way. In the here and now, I can tell you I'm happy.

- Are you very believing?

I was born and educated in the Catholic Church but I revealed myself at a moment and began to look in all the techniques: I did  yoga , Tai Chi,  meditation , everything you can imagine since curiosity led me to try until one day I heard a Mexican, Jaime Díaz, who came to Uruguay to talk about the word of Jesus and there he came backIacute;; I returned to Christ in my heart, to Christ in Freedom, to feel that divine essence, the Holy Spirit and, indeed, I am a Christian.

“You know Dad said, “Work is my greatest rest,” and I learned that from him too: permanently being in the garden, doing something, I'm creating all the time. But it also exists as a hastío and the subject of money. At the time of the mountain range we didn't have a handle and we needed because Dad had to move, he had to go get things, rent planes, and he had two years when some friends said to him, “You take this  money , spend it and tomorrow when you feel like it, if you want...” That's the real thing  friendship . It costs me the issue of money,” says Agó.

-Yes, fully. We're in the middle of the wave, but it's gonna be all for the better. This huge awakening gives great happiness but one goes on a hugely lonely path. If I look back I never imagined living a moment of such openness today when I started this construction. Everything I dreamed of! In 2003 I created a path called “The Camino del Inland” of Uruguay that runs on foot as the Camino de Santiago de Compostela. I made the  Camino de Santiago  several times and, on one of my trips, when I was returning on the plane, I wondered why I always go to  Spain  to walk if I have such a divine country. So I developed this path that is born here, in Punta de la Ballena, and runs from East to West all Uruguay. We travel it every year in autumn, 100 km to the virgin of Verdun that is here in Minas; many people come.

- Did they ever ask you something in an interview that bothered you? Carlitos, your brother, the one from the Andes tragedy?

-Yes. We lived the search that was a completely different story from what they lived. It's another book. What seems a little repetitive to me is that it's been 46 years ago and people keep talking.

- Why do you think it's still valid?

“It seems to me that they take it as a story of heroes, which was, but also in a superficial way because, actually, having lived that experience is something imposing and I also think it touched them because it touched them, which is karmatic, it was to them, not others. Just yesterday I met the sister of one who didn't come back; when that happens to you, a number of things are removed from you.In our case it was 72 days without knowing what was happening. Imagine my poor mother, my grandmother, my father.

- Does the superficial thing perhaps have to do with people living it like a movie? I tell you with all due respect: what bothered me and displeased me the most is, “Did they eat... “God! What a morbid!

It's morbid. I'm surprised someone can ask you that. But it never affected me. I remember Dad, the day they showed up; he grabbed me and my sister and said, “Girls, I have to tell them something. It was Christmas, and it was very strong and he said “Carlitos had to eat his friends” and we looked at each other and without judging, we were accepting him... Maybe he hit him a lot more, for being the father, for being bigger. My brother, after the accident, got into the drug and was in it for 10 years. He says it was his second mountain range. Now he lectures about what happened in the accident. He has a terrible success! He speaks beautifully well; his fall in the mountain range brought him this profession: being a lecturer.

- What is the first thing you do in the morning?

-I meditate. I wake up and do transcendental meditation many years ago, for me it was a wonderful tool.

- And before you go to sleep?

I have a reflection. I review my journey, I studied Rudolf Steiner and learned a lot about observing/me and seeing what happened in my day: what was good and what was not so good, to improve.

You were married for the second time...

I've been with my second husband for many years, he met me free. He chose me an artist, freelancer, I traveled a lot and work outside; he also had already married and had children from another marriage and we met and decided to be together at liberty. True love is spiritual. As you discover love in you, everything is manifested and impregnated: love for children, husband, family, friends, home, but you have to discover that love which is the greatest and which is spiritual, in my view.

He embraces me, again his immense and inexhaustible warmth. I ask you to share a silence, let her be my guide. Access. I close my eyes, smell like life, breathe, feel the sun on my heart, my faith is enlarged, my anxiety decreases. It brings to reality a voice “We're waking up little by little, in the here and now...”. I open my eyes and look at her. There has been a magical exchange: I went to interview her and to offer her my lyrics, my hand to write; I go full. She gave me her heart. We give ourselves another hug, different, fraternal, deep. My awakening has begun. Amen. 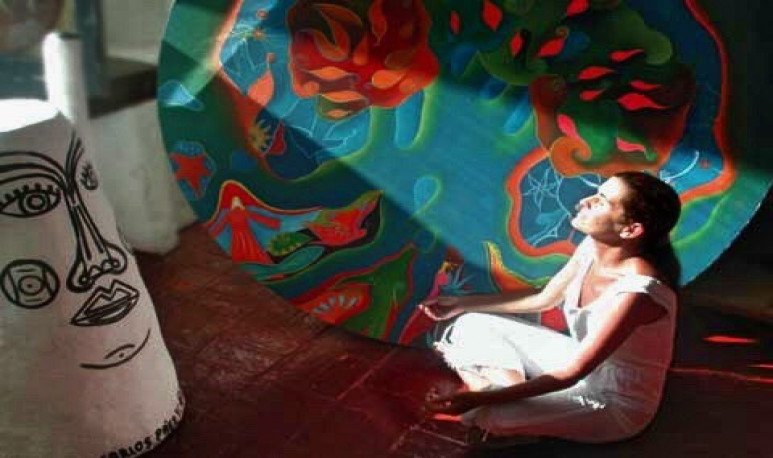 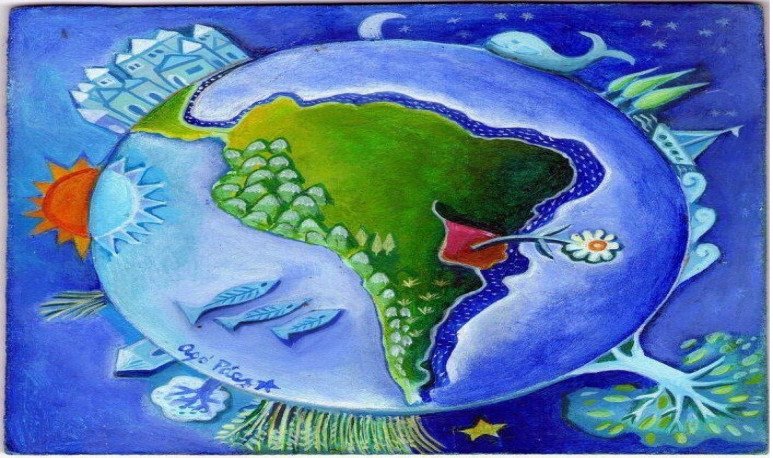 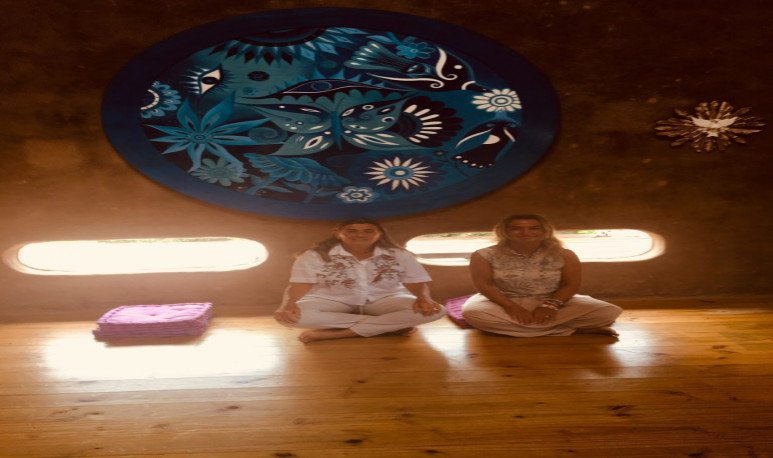 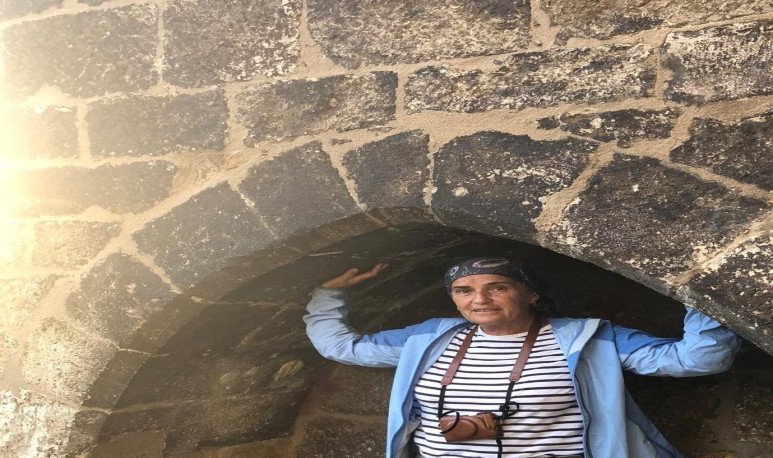 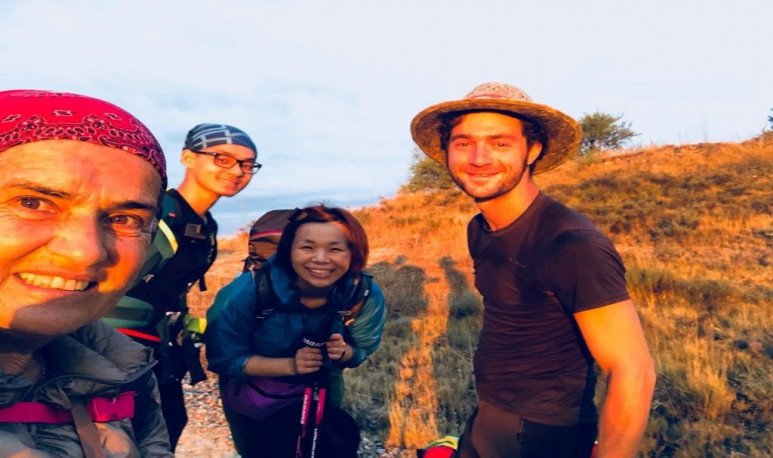 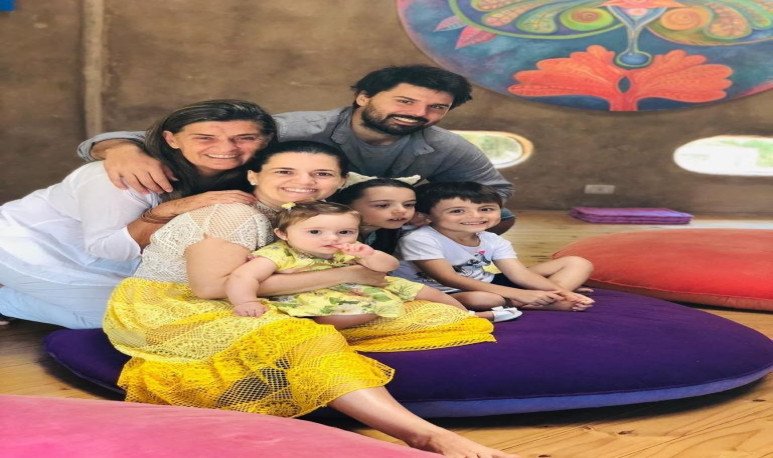 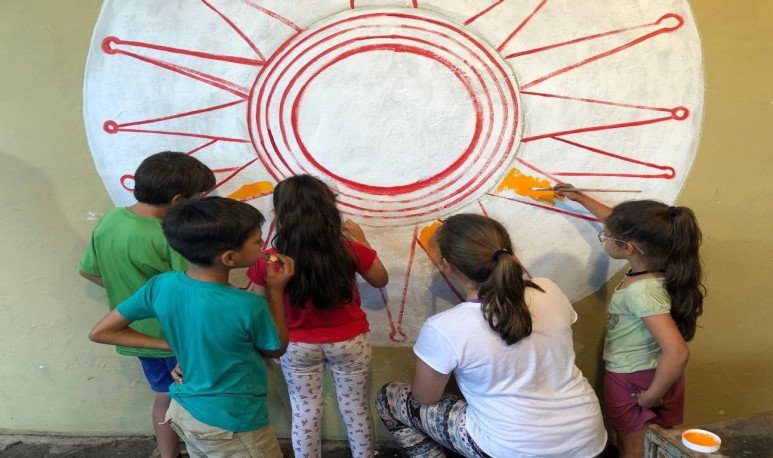