Home People Art and Literature Adriana Lestido: a photographer who captured Antarctica from another focus

With her camera, Adriana Lestido gave us images of Antarctica that make us rethink what we imagined about that place. 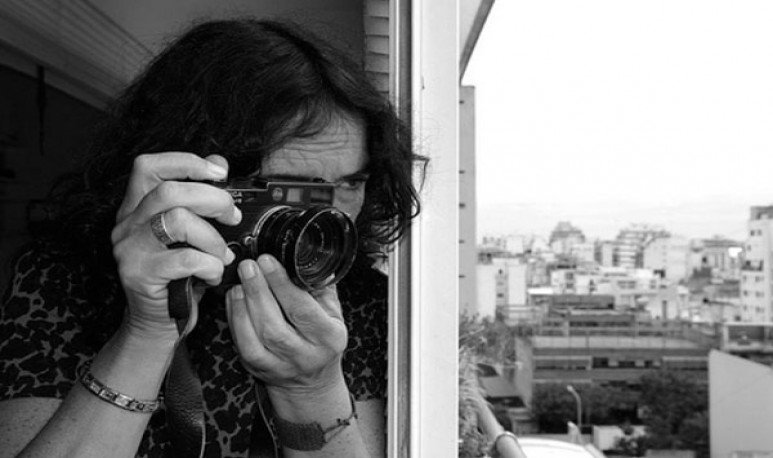 From  Antarctica , one perhaps has a certain image that everything is white and pure, ice and too cold, where only concrete and scientific actions are performed.  Adriana Lestido  will change that thought from the publication of  Black Antarctica. The newspapers ; two books, one of photographs, another with his texts, from his trip in February and March 2012. Almost ten years later, a work that documents the B side of the great white continent continues to be enjoyed and disseminated.

Adriana Lestido is an Argentinean photographer born in Buenos Aires  in 1955. His career in photojournalism is extensive and in several national newspapers:  La Voz, the Diaries and News Agency (DyN)  and  Pagina/12  , to name just a few, as well as the exhibition in galleries from different parts of the world, including America, Europe, Africa and Asia.

The  Antarctica  project was born practically from a need for internal and external search for new roads, although always documenting the deepest and crude, through the black and white of your  photographs ; a portrait  fotogr& aacute; fico   the landscape of the polar region very different from what one would imagine. The trip was thanks to the fact that it was submitted to a call for an artists' residence promoted by the then Antarctic Institute of Argentina.

“   Antarctica   is our desert, it is a place of death, with very little life. I wanted to go to a place like that, so I could resignify everything I had done in my career, to be able to tell a story of my stories,” recalls Lestido. Its original destination was Esperanza, a very well equipped Argentine base, with the best amenities that can be found there, however, after problems, they ended up at Deception base, and a little bit felt it there the photographer. But for a short time.

This Argentine base is situated on a volcanic area: there was hardly  snow , and the landscape was black, little white, a thought antagonistic to what one would imagine about this region. n well south of the planet.  Infinite black rocks, sea lions, textured stony landscapes, huge whale bones, steaming fumaroles, extensive walks when time allowed, sight of strange sunrises and dusks and contemplate the water, the strait where the Pacific and Atlantic Oceans meet  . That was the landscape: “If what I wanted was to be in communion with all the elements of the earth, that was, of course, the place,” Lestido commented on several occasions.

Work in  Black Antarctica is one of Adriana's strongest: it is a confession that interpels every person who sees the photos; emotional creativity through the perception of it, not what he sees. A flat expression, without going around, but with a great sensitivity indisputably present on every page and in every exhibition of it portraying the immensity through the austerity of the  Antarctic landscape  .

At first it was disappointing, clarified the artist at the same time adding that “it is a totally unpredictable place. There may be the blue sky, clear, and after a while everything will be overlooked and nothing can be seen, even ten meters away. That coupled with military logistics, which makes it even more unpredictable. Make it such an extremely unpredictable place is what made this a huge vital learning. Life is like that. That I wanted to go to white and meet the black guy was great! Change is permanent and the challenge, precisely, is the acceptance of that permanent change. The delivery.”

Lestido commented that this journey and this hard work was the beginning of something new, something different and new paths. Go to the end of the world, literal, for different directions than in recent years, in a kind of break

Adriana Lestido has great experience and career in the photographic world.   From the age of 24 he has been dedicated to showing through his images the rawness and sensitivity of everyday life. One of his best known “clicks” is “Mother and daughter of Plaza de Mayo” from 1982, who made it a week of entering the  La Voz newspaper : “It is the founding image of everything, that's what I developed for more than 20 years is born,” and adds that “that is beautiful: that there are more people who know the photo than they know me.”

The strength of the mother, of the daughter and the support of helplessness, is transmitted in every corner of that spectacular image. Another known work is “La Salsera”, performed when he worked for  Página/12 , showing an embrace that transcends a sentimentality to flor de piel.

Her work has also contributed since the academic year, as she has benefited from several scholarships : in 1991 she won the Hasselblad scholarship, in 1995 the Guggenheim scholarship -awarded for the first time in photography in Argentina, in 1997 the Mother Jones Prize and in 2009 the Grand Prix Acquisition of the National Hall of Photography, as well as publication and exhibition in various parts of the world, both in private and public spheres.

His career continues to add followers in addition to new directions but always with great artistic display and demonstration of the rawness of nature, how small we can be in the immensity of the world. Through workshops, new adventures in desert places, little photographed. Adriana Lestido has shown with subtlety what  Antarctica truly is: magic as an image, and its enlargement as life and human expression. 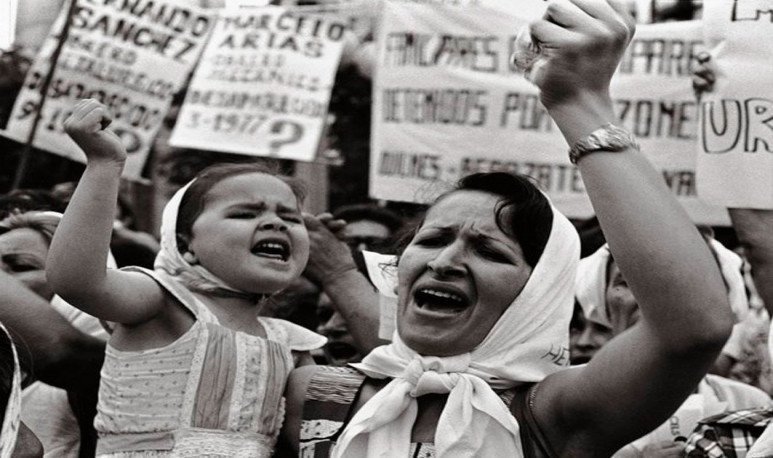