Home People Art and Literature A writer with tonada

We tell you the story of one of the most important writers in Córdoba, who stands out for her constant updating and her interventions on a social level. 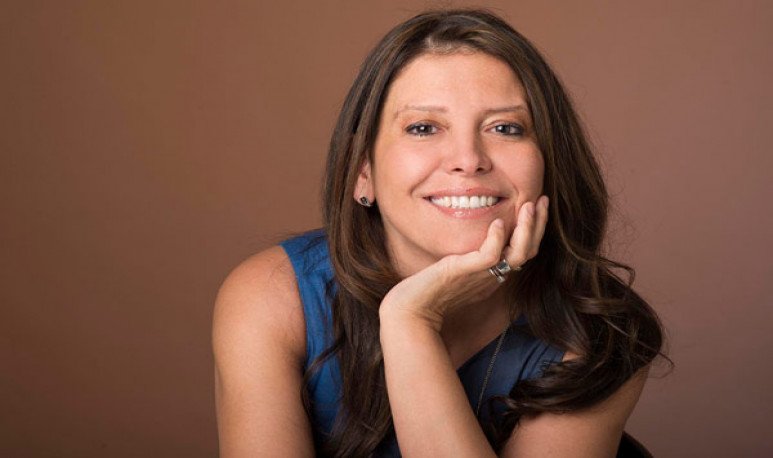 This is Viviana Rivero, a writer who was born in Córdoba, where she currently resides with her family.    She is the daughter of the writer Pedro Adrián Rivero  and Elena Fabris.  Her literary DNA  is composed, and she is  one of the great writers of the province and the  country. She is a lawyer; before dedicating herself to full literature she was a litigator,  legal advisor for companies, founder and coach of numerous self - leadership groups for  women's growth and development.  In addition, she was a producer and host of television programs. With a wide and varied professional career,  he overturned and accepted the challenges of blank pages, overcoming them with height.  To paint  through the words  worlds and unimaginable stories. Viviana is a columnist for numerous media such as Rumbos,Vanidades, and Parati magazines  .

His first novel “Secreto bien guardado”   was best seller  just months after editing. One of his greatest successes, among so many. This work was brought to the  audiovisual format  with great success.  The main characters  were played by Oriana Sabatini and Victorio D'Alessandro. The story focuses on the romance between a young Argentine woman, daughter of a Jewish businessman, with a German ascending career in the Nazi ranks who stopped at  the mythical Hotel Eden in the 1940s in Cordoba.

She was also the author of the prestigious  book  “10 Lugares Magicos”,  co-authored with historian Lucia Gálvez, which is used in  schools and institutions.  In 2018 he launched an unpublished experience:  writing a nouvelle to accompany that book live and live.  The “Libro vivo” project planned by Google with the collaboration of Grupo Planeta, took place at the end of September of that year, constituting a  unique innovation.   The magazine Gente called her for her already classic cover  the writer among “the figures of 2018”  , her best year.  His books are published  in  Argentina, Mexico, Colombia, Chile, Uruguay, Spain, Italy and other countries.

Another of her great works is her novel  “Mujer y maestra” , she was the winner of the  first historical novel prize in the contest organized by the Government of San Luis. In 2011 she was awarded by the  Legislature of the Province of Córdoba  as the outstanding artist of the year. In the same year she was nominated for the  Cordobés of the Year award of the newspaper La Voz del Interior for her literary activity , obtaining recognition as outstanding Cordobesa in 2011. In 2016, she was the winner of  the Reader Award   for her book  The Colors of Happiness in the framework of the  43rd International Book Fair in Buenos Aires.

Historical novels as a way to get to know the world

Cordobesa of pure strain, Viviana  creates parallel, fantastic and engraving realities in her novels.  Her job as a writer comes in the genes, and since  what is inherited is not steal, she triumphed in the world of literature. Between historical novels crossed by magical realism, he travels through the corners of  our Argentina  and narrates the realities of women.

She is a well-known writer and has more than 12 books published,  she once participated in the Planeta prize anonymously, with a pseudonym, as required by the contest rules:  “I wanted to do it. I wanted to prove that you can write simple serious topics. And a prize validates it.”  The book is called “  El alma de las flores”   and was third: it will be published in Spain .   “ Today he wears the belt of the prize  and that attracts more readers,”  says Rivero.

The narration of a love and immigration story at two distinct historical moments involved an investigative job the work of a journalist or historian:  “ They are not pink novels, they are life stories,”  he said.  Some of his novels  combine stories in two times.  “ There are always prejudices with the romantic novel,” the writer told the media. But a novel that has romance doesn't mean it's a pink novel. Today's writers, she said,  no longer tell perfect stories, but stories of second chances,  of children who arrive before marriage, of  the choice of who is not right

“ Today is narrated a  realistic love”

“ In my stories I like to put a lot of love,”  the writer confessed.  Love for earth,   “because sometimes, if we are far away, we are able to tear by feeling an aroma that reminds us of home”,    children   “because when we have one we do not become the same again” ,  love of vocations      “ because we can be until three in the morning working on something we don't know how much they're going to pay us,”  and  love for a man or a woman   “of those loves for which we are willing to travel to the other end of the planet.”  Because for  the writer:  “Love itself is the engine that moves the  world,” and it is worth narrating it.