Home People Art and Literature A clowner of argentinian melancholy

Leopoldo Lugones is considered the father of modern Argentine poetry and the precursor of fantastic literature and microstory. I knew more about him. 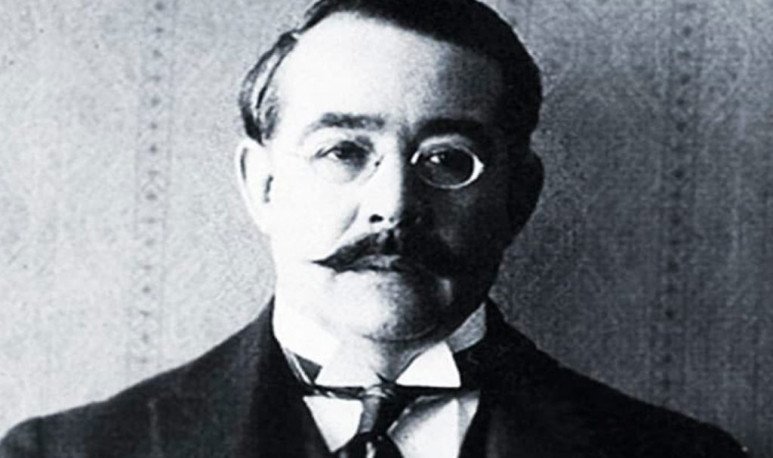 Leopoldo Lugones (Córdoba, 1874 - Buenos Aires, 1938) is the father of  modern Argentine poetry , as well as a pioneer of  fantastic literature   and  microstory . He was also an understanding in areas as dissimilar as  mathematics  or occultism. But he was mainly an  intellectual  committed to a political program, whether left-wing in his youth, or right-wing in recent years. Full-time polemist, literate in between, said “I have as always the condition of the  wind  and I don't care about the dust that I raise when I pass.”

Initiated early in  journalism  in his province, in 1897 installed in   Buenos Aires   obtained recognition with “Las Montañas de Oro”, pointed out at that time as “the most vibrant and original note of the  argentinian poetry   ”. Part of the bohemia of the end of the century of  Buenos Aires, with “La Montaña ” spreads socialist ideas while working in the public service, of which several are reports such as “The Jesuit Empire” (1904), until he became the director of the  National Library of Masters  in the next decade. In addition, he becomes an  Argentine itinerant cultural attaché,  taking part through his position in the League of Nations of  Albert Einstein  's visit in 1925, to whom he offers refuge in the country due to the European anti-Semitic persecution  , or giving lectures like the infamous “The hour of the sword” in Peru.

Growing up its public figure, literary production begins to leave the modernist  heritage  , whose maximum point is the “Lunario sentimental” (1909), towards stories, essays, dissemination  scientific , political programs and studies with strong Hellenist imprint. In the middle of the ten are the conferences gathered in “El Payador”, which gives homeric stature to   José Hernández   's verses and transforms the  " Martín Fierro  "in our  national poem.  The last few years are stained with the adherence to the military coup against Hipólito Yrigoyen, an ideology synthesized in “La Patria Grande” (1930), and a return to his first  poetry mediated by a clandestine love with a young admirer. Melancholy times ending in suicide at a pension in the Tigre Delta.

In her native Villa de María del Río Seco, the  National Song and Poetry Festival  is held every 2 and 3 February. The meeting brings together the neighboring peoples and poets of the world around the poet of the “Romancero” (1924), his most  Argentine  book perhaps.

“ Sarmiento  had thought of a tomb worthy of him for expression and greatness: a rough rock of the Andes, placed as is on his tomb. Treat yourself, indeed, of an Andean man, and his historical profile as a giant, that dolmen -ancient tomb- of primordial hero”.

Polemist article by  Lugones  from the monument of the  procerer  in the park Tres de Febrero by Auguste Rodin (1900).

They say about  Leopoldo Lugones

“ Two writers in the twentieth century achieved an undisputed hegemony of the Argentine literary field:  Jorge Luis Borges,  after the fifties;  Leopoldo Lugones , until the twenty... was the " national poet”  against whom the avant-gardes directed their criticism and parodies, because in order to  write  something new it was necessary to displace the man whose authority, almost without fissures, he had mastered literature and exercised its power of consecration.”