Home People Art and Literature A life dedicated to words

Agustín Vallejo is a young writer from Paraná (Entre Ríos) who always has some idea up his sleeve. The common denominator? The words. 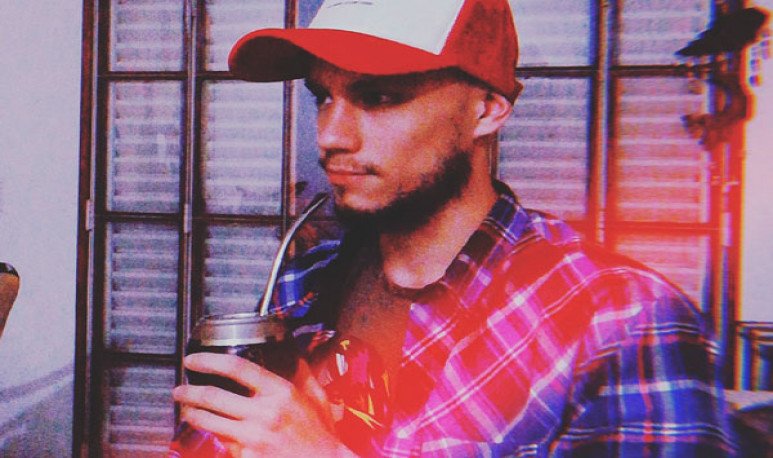 “If you want to be an  artist , start living like one” is one of the headlines that guide you along the way. A kind of north which clings when things become complex and obstacles pull down. “It represents a way of looking at life with which I feel at ease. My  texts  may be good or bad, everyone will be able to judge them, but there is  undoubtedly   work  on them,” he emphasizes firmly. It is that his projects stand out for  perseverance  and  passion  . Just take a walk through his  Instagram  and other social networks to corroborate the  dedication  in his  words  .

If we ask him about the origin of this  literary love , it goes back to his  childhood  and  growth . “I could say that I come from a house where there were always books and magazines. My old man had huge, heavy medicine, which contained horrible pictures. On the other hand, my old woman had other stories and also fiction, but even today they are not to my liking,” he says. And he continues: “Literature took place in our home, it had its space, its shelves. We were never a family that had too much left over, although there was money to buy  books . I think it was a kind of  subliminal message  that was left over time.”

So,  reading  became over the years an  important activity  for his life, even more than writing. What represented a clash of reality when he began to specialize in his role as a writer and dreaming of dedicating himself to narration. There, he discovered that he lacked practice and proposed a  rigorous   reading   routine  and methodology to counter the lack of it. In this way, he managed to acquire new  tools  and  resources  that enriched his texts.

A walk crossed by the letters

At the  age of twelve  he began to write  poems , which became a  hobby  . However, during high school he was not doing well in the language field. This was because they spent it doing syntactic analysis and that rigor ruined what he liked about creative freedom. Then, at the age of  eighteen  and faced with the possibility of choosing a career, he opted for the  law  . While he still does not understand the decision, it lasted a little less than two years and today represents a transient memory.

Later, he worked on  radio  and was even changed to  Social Communication . However, I felt something didn't fit and ended up in a tertiary of  Locution . Those three years meant  absolute enjoyment in him, since he made scripts and could also perform them in front of the microphone. Likewise,  everything changed  when a  teacher  advised her to become a member of the popular library and read everything she could. “I think he was the  first person  I trust in my words, that I was sure I could write,” he said, remembering her.

From that class, reading became almost compulsive.  They recommended   Rodolfo Walsh, Leila Guerriero, Truman Capote,   Svetlana Aleksievich  and a whole line of journalists writers. They were his  references , with his monumental investigations, travels around the world and portraits of people. Finally, he was received as a broadcaster, worked in some magazines and published notes in newspapers. He says that  narrative journalism  was always inside him, circling and playing. Today is already a  certainty .

Intervening the future with creativity

Currently, there are several jobs waiting to see the light. In this sense, he will be premiering a  fanzine  called  We. Stories behind bars , consisting of two deliveries with four stories. It's about a prisoner who knows his passion for lyrics in prison and decides to tell what happens to his peers. It will be your first  self-managing, independent and low-budget publication  . He also plans to offer it free of charge because he believes that “culture must circulate.”

In addition, he plans to launch a  newsletter , where he will interview writers and talk about film, photography and literature. The name will be  A thread to share , given that the idea came from a post from you on Twitter. Finally, a  podcast will take place, in which you will read stories, novels and poetry. The project aims  to link   speech  with  literature  , the two  factors   that shape  his life.