After participating in the call “Puntanas Mujeres”, Gabriela Pons triumphed with her work “Origin of healthy water”. 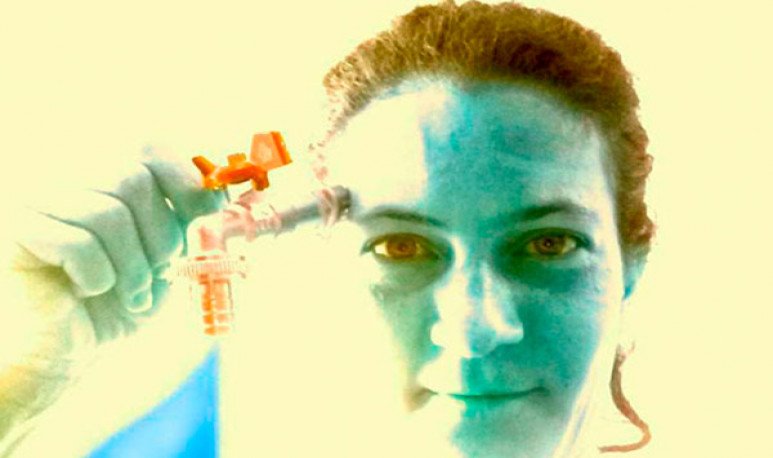 Gabriela Alejandra Pons was one of the winners of the “Mujeres Puntanas” call, being recognized as a full-fledged  artist  . The work with which he participated is named “Origen de Agua Sana¨. This will be exhibited to the public throughout the month of February at the Dora Ochoa museum in Masramon, where the selected works in the visual arts category are located.

The artist sanluiseña is a producer in audiovisual media and a degree in film and television. To make his  work , “Origen de Agua Sana¨, was inspired by how Argentina is a country full of natural landscapes surrounded by fresh water in different states, he told the local media. It was also based on Calle Angosta de Villa Mercedes, for being recognized as a cultural and traditional symbol. If we take that point and head south we will run into the Quinto River. The watercourse that runs through this river is called Popopis. According to the legend P opopis was the daughter of an important chieftain. The flow of fresh water is the very crying of the young woman. His work was done with the desire to resignify the figure of Popopis as a woman, as the main character of the legend, he explained to the local media.

The distinguished technique of the artist

For Gabriela, environmental issues are the cusp that complements the  quality  of all her creations. For her Popopis was the imaginary mecca of why she did the winning work. I take the legend, resignified it on important issues as synonymous with fresh water and the heritage of future generations. This creation was embodied on the basis of a personal photographic archive. It was created with the work carried out in 2015 on the waterfront of the Rio Quinto and another personal image of the year 2020. He selected the photograph of the Popopis found in the park and used it to create a collage where the sculpture is found in a natural environment. A fusion of legend and reality.

The first steps in art

Signs of his taste for art began with a small suitcase given by his grandmother. Inside it came elements for painting and drawing. Also, in his house the paper was not missing because his father worked in a factory. What he remembers most is how he liked to use vegetable paper, tracing sheet, nib, fibres and Chinese ink. In school, his favorite subject was plastic arts. He helped his companions by making them the face of the subjects and even, drawing them the shirts with a technique taught by his uncle.

His approach to photography was in the 90s, with all the magic of the scrolls, the difficult  task  of the photo reveals and the peculiar stickers very fashionable in that is little. With all these precedents throughout his life, in 2015 he began his own photographic project and photo documentaries. In 2017 he enrolled in a diploma in social photography, where he finally focused on works with the theme of freshwater.

The experiences, techniques learned and different creative processes led her to participate in local, provincial, national and international calls.

The vision of women in art

For this skilled artist, women have been invisible in art history to such an extent that they appeared as sisters or wife of, without giving them the corresponding credit. Gabriela indicates that it is necessary to give artists a voice, presence in cultural public policies. Pons emphasizes how the path has begun to open the path, to build trust and give them the possibility to tell their stories and experiences.

The “Mujeres Puntanas” call was open to any participant over the age of 18 who present their own works individually or in groups. The different disciplines were literature, dance, music and visual arts. Gabriela Alejandra Pons was one of the winners with her posthumous work ¨Origen de Agua Sana¨, in the Visual Arts category. The creation of this fabulous artist will be exhibited in February at the Dora Ochoa museum in Masramon. It will be open from Monday to Friday from 8 am to 8 pm. The building is located in Colón 508 in the capital of the province of San Luis.