The traditional Gaiman Book Fair was held in an atypical way. 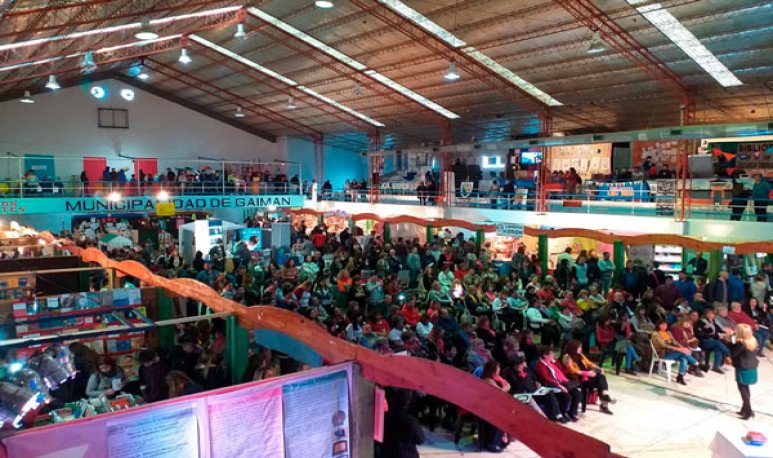 A totally atypical year is lived in the country because of the advancement of the coronavirus not only in Argentina. Traditional events in different parts of the country had to be suspended or postponed. However, there were those who were able to manage not to cut with tradition and — although differently — developed the events.

One such case was that of the Argentino-Chilean Provincial and Patagonian Book Fair of  Gaiman , in the province of  Chubut , which was carried out digitally, with transmission on the Jitsi platform and on social networks.

Every year, in the Municipal Gymnasium   of the first municipality of Chubut ,  editorials, writers, cultural organizations gather in a massive event that calls thousands of people which, in addition to touring the stands, participate in talks, lectures and workshops and have their closing with musical shows on the stage of the property.

This 2020 was the first digital edition of a celebration that has been promoting culture for 36 years, and that 16 years ago took Patagonian character due to the importance it took in the region both in our country and in Chile. Throughout its history there have been renowned artists such as  Quino,    the creator of Mafalda  , or Vicente Muleiro , to name just a few of the personalities who left their mark on the traditional event.

Year by year it is organized by the Ricardo Jones Berwyn Popular Library, located in the center of the charming village of the Lower Valley of the Chubut River, with the support of the local municipality and the provincial government, through the Ministry of Science, Technology, Productive Innovation and Culture.

The special and atypical Book Fair brought together national and internationally renowned writers, as well as local credits such as  Trelewense   Juan Manuel Ferná ndez Marauda, who presented El puente de las brujas , a police novel that is also the first major project of the writer and professor of literature.

The general public accessed workshops, talks, presentations of works and artistic performances, which were some of the activities that the public could enjoy in a virtual way. It was also possible to enjoy audios and videos with literary, artistic and pedagogical content, as well as the possibility to visit the proposals of the bookstores and publishers that participated in the Fair.

In addition to Fernández Marauda, La Feria del Libro this year featured the participations, among others, by  Claudia Piñeiro  (who presented her latest book,  Catedrals ),  Luciana Peker  (who spoke about her work  Sexteame) and  María Kodama  (who spoke in dialogue with Sandra Jones about the figure of  Jorge Luis Borges  and the important work carried out by the foundation under the name of the writer).

The music also took place in the virtual edition of the traditional event, with Gustavo Imusa, Chubutense singer-songwriter, performer of music with Patagonian rhythms.

A prominent and emotional moment was the launch of  August in Memory, 48 years after the Trelew Massacre by the Chubut Undersecretary for Human Rights, in commemoration of the events that took place on August 22, 1972 at the Admiral Tsar base.

The closing of the Digital Book Fair was held by Facebook and was with the Presentation of the Literary Group Encuentro and an emotional tribute to deceased Chubutense writers.

Despite being held on another date — usually held in May, and this edition was at the end of August — and being done virtual, the organizing committee and provincial authorities expressed their satisfaction with the development of the Book Fair.

Among the positive aspects, it was highlighted that it was possible to reach a larger audience and the use of digital platforms will be a resource that will continue to be used in the upcoming editions, given that they consider it a tool that “came to stay”.