From Ioshua to Jorge Luis Borges, we go through classical and contemporary authors. A diverse list that is enough to show how gender was manifested and continues to manifest itself in the country. 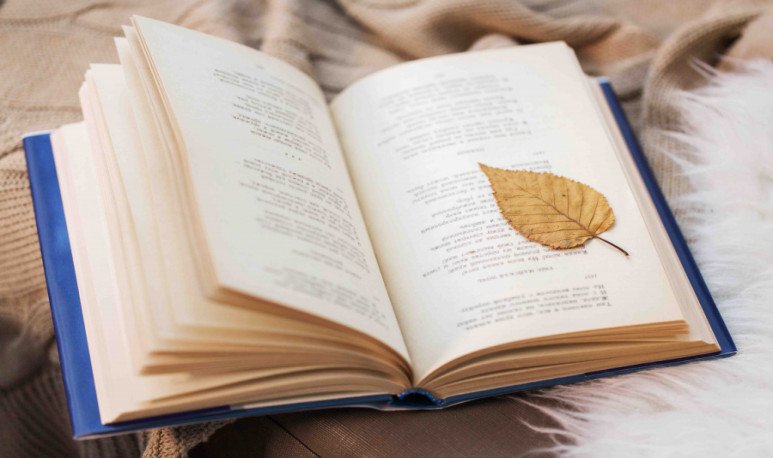 Of these streets that deepen the west,
there will be (I do not know which) that I have
already traveled for the last time, indifferent
and without guessing, subject

to whom prefers omnipotent rules
and a secret and rigid measure
to the shadows, dreams and forms
that wean and weave this life.

If there is a term for everything and there is a rate
and last time and never again and
I forget who will tell us who, in this house
without knowing it, we have dismissed?

After the gray glass the night ceases
and from the top of books that a truncate
shadow dilates through the vague table,
some will never read.

There is more than one worn gate in the South
with its masonry vases
and tunas, which in my wake is curved
as if it were a lithography.

Forever you closed some door
and there is a mirror waiting for you in vain;
the crossroads seem open to you
and watch it, quadrifrontte, Jano.

There is, among all your memories, one
that has been irreparably lost; they will
not see you go down to that source
neither the white sun nor the yellow moon.

Your voice will not return to what the Persian
said in his tongue of birds and roses,
when at sunset, before the scattered light,
you want to say unforgettable things.

And the incessant Rhone and the lake,
all that yesterday I bow about today?
He will be as lost as Carthage
that with fire and salt he wiped out the Latino.

I believe in dawn to hear a busy
rumor of crowds moving away; they
are what loved me and forgotten;
space, time and Borges already leave me.

Kill its light by an abandoned fire.
Climb his song a bird in love.
So many eager creatures in my silence
and this little rain that accompanies me.

On the seventh day I was going to tell you no.
The eighth I can't anymore.
I'm another one.
In my eagerness to show you that I can destroy everything,
I broke up with me,
and I disarmed.
I mean,
I'm my pieces
and
I also ran out of guns
but also

I stayed with you.

On the banks of the waters collected
in the regular light of the ground united
as if together always walked,
alone, it would seem that they loved each other,
in the salt of the foam with stars,
on the sand under the sun the footprints
of our bare feet
so distant, and mute.
Leaving a promise drawn
our meanwhile self-absorbed voice divides
into the air and crosses
the blue cruelty of nature
as we alone cross
the beach and talk to each other.

Evil is a man (IOSHUA)

I open the book on the most open page.
In the one I can say by heart with every tear.
In the one that says the same thing since the first time
we were so close that we had the smell of each other between our fingers.

For all the times I charged to pick up, I
'd pay to love me
and keep something

Like it's a superpower, he's got the feelings encapsulated.
When he opens them, they're just as he left them. We could say
that bureaucracy is that place where there is no longer a hint of love.
The long runner of the years, shining, vacuum packed.

Do you remember
that time we bathed
the chicks with shampoo?

we scrubbed their wings
and sank them in the bucket
to rinse the foam.

Do you remember?
we put them to dry in the sun
on the lajas
piaban short
smelled of seaweed

one by one
slowly
began to die

Do you remember?
we spent the day
crying to those children
who hadn't endured
so much love

Dad is asleep
in the trunk of an old car
yesterday opened it to sleep there drunk
and flew moths,
hit the windows
of the church, gave
me a warmer and a bottle
with a rag in your mouth
-keep warm that is night and it will rain, you are already big
said.

You look like a bag of potatoes or a bull,
did you build buildings?
The hard bark of the houses stone on stone?
I don't get to you.
You're high, the armor shines
like a cold star.
You were from the German army
your smile waving
from above a Panzer behind a destroyed city, serious
look at camera
in the hands of the lawyer's diploma,
photos full of fog in old boxes.
at night at home
you passed gauze with pure alcohol
to the black boots, the cigarette lit on your lips
- this gives shine - you said
the stir in the pocket of the bag.
asleep dad is an old car big
industry politics family
broke and welded the broken inside of him
a dog who never corrected his tenderness
good
curled in the trunk:
don't wet the rain
I'll look for a canopy to cover us
warm up, the cold gets to the bones
and stays there

The Sword, the Staff (Leonidas Lamborghini) I
what conquered by age: the sword.
what complains: the staff more corvo and less. what
the shadow stole. Eyes
they do not find.
the less. the sword
less.II
by whom it expires already: more hung and.
what you don't find
in what, the least strong sword, the whining about the staff.
what death crumbles: eyes.III
remembrance of death: the streams
of the yel. what the shadow. the striping. the
yello in which the eyes. the mountain. the sword. already:
from yelo.IV
what the shadow stole: the light.
the sword of light. The most of the staff.
the strong walls. age by whom: brave.V
the sun drank:
the streams, the already
crumbling cattle, the yello of the eyes. of the stock. the jello of the mountain.
of the shadow.V
more of thisanother part: gloriously
cordulas burning. Gloriously veins.
gloriously unleashed body. dust and
ash: gloriously burning.
I saw
that another: a God-All-Flame
who loves swimming
in love. A God-Love
that burning: with medulas. with veins. with humor:
respect lost to severe law. the flame
that nothing. a God-Ama swimming
in love in Agua Fría. One God All that is Body
in love. VII
but not of thisother part: severe law
that can:
close one's eyes.VIII
more of thisanother part on the riverside:
Call that nothing and Nothing
in Cold Water: It will make sense.
memory Nothing burning unleashed: it will make sense.
Body in flame that knows how to
swim Nothing in Agua Fría: it will make sense.
Dust-nothing: ash-nothing burning: it will make sense.
God-Loves nothing
and calls Nothing: it
will make sense.

I opened the door and you were bathing.
The fogged glasses, the noise of the water
behind the
curtains, the essentials installed
out of the reason.
You called me, you approached our face
and we kissed through the
clear plastic: it was an instant.
Couples and literary
magazines almost always last two issues.
However, little by little,
we were gaining ground for the river: endless
days in which chaos
took your form to wrap me better.