Home People Argentines around the world You're a poop

Lula Gómez is an Argentinian stop motion cheerleader who lives in Barcelona. I create a feminist web series that went viral. 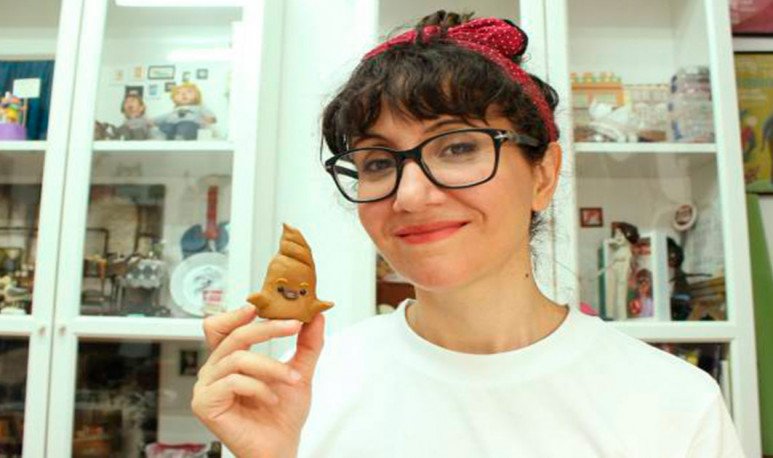 How do we live feminism?  I often encounter situations in which, even other women, question the  feminist movement . Like it's a stance against men. As if feminists wanted to dominate the world. It happens that the magic strategy of patriarchy is its invisibility. We take it for granted. We don't know anything else.  We don't question it.  That's why we find it so hard to change our eyes. We all have  sexist thoughts and attitudes , all the time. The challenge is to recognize them and take care. Once the veil falls off, boom!, a new universe is opening up. That's why  Lula Gomez says feminism ruins your life.

Lula Gómez is Argentina, mother and stop motion cheerleader . He was born in Monte Castro (Buenos Aires City), but has lived in Barcelona (Spain) since 2002. He is 44 years old and grew up — of course — within a patriarchal society. Until one day a friend explained to her what feminism was about and her veil fell. He began to question the attitudes of others and their own.  He began to see those micromachisms everywhere , those with whom women themselves collaborate. Until, one day, his feminism, his  creativity  and his humor brought together in  an animation series that revolutionized the networks:   You're a poop  .

The idea is as simple as it is disruptive.  A piece of brown plasticine , with eyes and mouth, which —by means of animation techniques — pronounces a phrase as naturalized as macho. The first little  pat said, “Nooo, I don't like violence, but nowhere, uh. Neither machismo nor feminism. For me, egalism.”  What happens to the character when his statement ends?  Die crushed by one foot . Simple, effective and totally unexpected.

The  first chapter  was in October 2017. With that personal project, Lula wanted to do  “feminist justice.”  But networks, sometimes, do magic, and  you're a poop    got viralized in a short time  . That first chapter became a series and, from Lula's personal account, he went on to have an  own , which today has almost 200,000 followers from all over the world.

These are chapters of less than 40 seconds that repeat the same structure: one or more “cacas” made of plasticine say some of those  phrases  that we are tired of hearing and, at the end of pronouncing it, a foot appears and treads it. On the crushed poop, the phrase “you are a poop” is overprinted, read by the voice-over of Gomez herself.

The web series became a book in March 2019:  You're a poop: a guide to understanding and dismantling machismo  .  In it, Lula Gómez has illustrations and humor what feminism is and how sexist discourses can be dismantled.  What is the secret of their success?  It's subtle, it says what you have to say, but not since the aggression. He's nice, despite the strength of his message.  It leaves you thinking . And that's a lot.

Getting out of the comfort zone and questioning what we always took for granted is a revolution. A revolution of which men and women are part of. No military, no need to go on a march. It is simply enough to be able to detect those situations in our daily lives that once seemed normal to us, but now they are untenable. At home, at work, on the street:  looking at the world from feminism gives us a new perspective . We discovered everything that was always there and we never saw. And we see it everywhere.

That's why Lula Gomez says feminism ruins your life. But it brings you a new one, in which women are not judged by how we dress or by how we live our  sexuality . In which the other women are not our enemies, but our sisters.  A life without conditioning, in which we can choose freely.

Change starts with each of us. Isn't that new world wonderful?