Home People Argentines around the world When your destiny is to add up, what matters least is destiny

Viqui adds up; does not compete... Adds and enriches itself from the differences. And it enriches the one next door. 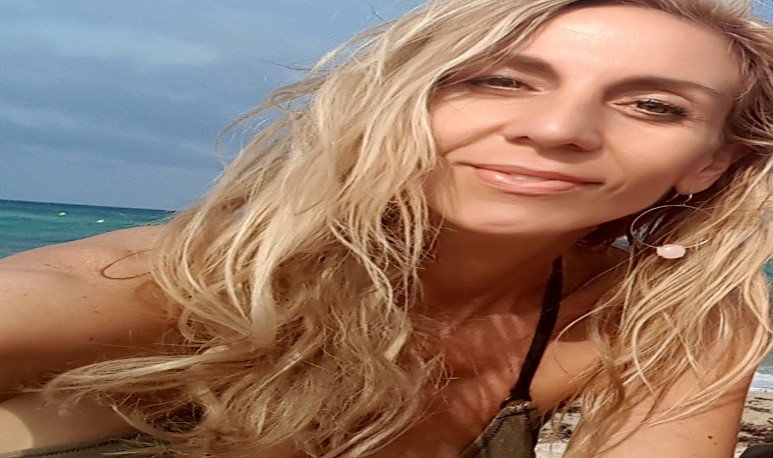 Virginia Gusmano is the most special being I know; I'm not surprised at all that she made a decision and didn't look back.

The crisis that defined things

The insecurity and abductions of 2001 decided her to go live in  Spain , like so many others. What the difference is that she decided that you might be a little miss, but that her thing is to enhance the good. What there is, about what's missing. Because many of those who share the fate of exile never stop lamenting. They live with the wound open, blaming the country, bad  luck  and whatever for their life away from home. But what is our house really? Is the land where we had to give the first breath of air and the first cry? The protagonist of our note shows that home is where one wants, where the heart feels at ease, and for that it does not matter the name of the continent, country or city. Focusing on what we have is still his motto. It is not a little, and less for a soul of deep sensitivity.

Affections are its capital

Viqui has a red circle around it. That cares and preserves, and preserves it. It is a continuous giving and receiving, offering the best of one that inevitably life, by cause and effect, returns it. So, it is logical that he has many Argentine friends there, unlike other migrants who are not about making crumbs with countrymen. It's logical that he made Spanish friends. Even at work. Viqui is one of those people who make friendship a cult, and friends, a family. Obvious: Viqui adds up; does not compete... Adds and enriches itself from the differences. And it enriches the one next door. He adds up so much, that even his Argentine  accent  falls well; the one he did not lose in 14 years. You will have heard, more than once, that Buenos Aires is immediately recognized by his way of speaking. And that in that tone something canchero focuses on the antipathy they enjoy when they don't walk through the streets of Buenos Aires.

Viqui is a free spirit. Here, there and beyond

He was already free here. Like that Catalan sea without which it seems no longer able to live; and to which it goes in search of energy and freedom... Will it be through the Mediterranean that you see our compatriots who accompany her in this adventure, freer from the opinion of others, light and open minded, educated and civilized? Or is she seen in them? There he added freedom to the extreme; because when she does something, she is serious, it is everything or nothing. It can run you with the greatest sweetness, but it's going to happen to you at last. Without hurting yourself, he's going to get what he wants, whether you join or not. And I see no other way to succeed in exile.

The key is to be surprised, flow and enjoy

This was pure adventure. Every new  experience  managed to make those almond eyes enlarged when she was betrayed interested or surprised. There you enjoy everything that the new old continent proposes, but with the relaxation of living without stakes, in a reliable, stable and predictable country.  He found the outside security that his internal security was demanding.   The new life did not change it, it is the same as ever, but she found fertile earth, from which you plant what you plant is going to grow, there is no other destiny than to move forward. Do not stop, not give rise to meaningless nostalgia  .  Viqui left to add up for her, perhaps not realizing what adds to others.