We talked to a young woman from Mendoza who lives four years ago in Europe. He has passed through different European countries and tells us his experience. 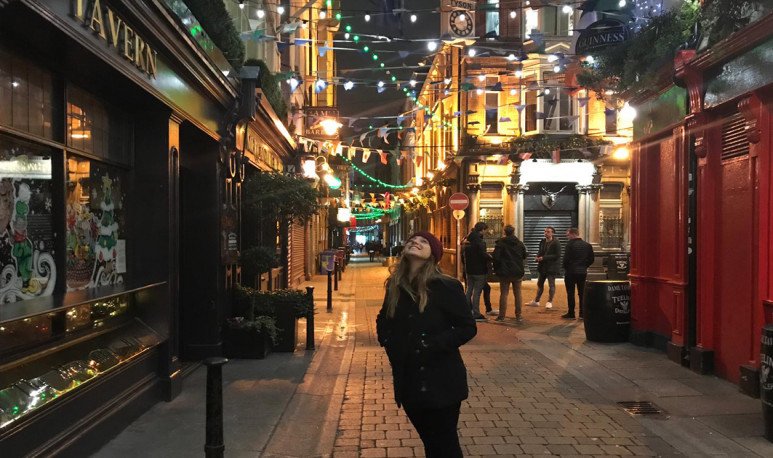 Gianina Di Fresco is  Mendoza and is 30 years old. He studied architecture  and, far from staying to work on his own in his native Mendoza, decided to emigrate to the European continent. No fixed targets or medium-term or long-term plans. “ Let it flow ,” he says in one of his answers.

“I've been in Europe for four years.  At first, the idea was to come 6 months to Barcelona, as a first experience.   Time passed me very quickly, it was all very new. That's why I decided to stay.” And he did, he stayed a long time, but always in nomadic format. “I am currently in  Madrid for a year.  I spent a year and a half in Barcelona, then I spent 4 months in Ireland, which was one of the best places. I was also 4 months in Malta and then I came to Madrid again.”

Among so many cities,  Gianina made a kind ranking about which she liked the most. “I think Barcelona seems beautiful to me.   The architecture is beautiful and the beach is very close. You can do everything by walking.  But, as landscapes, Ireland is the nicest thing I ever met . I went to a place called Connemara, west, and it's one of the most beautiful places I've ever seen. I also went to Wicklow, which is the typical postcard city of the film  Postdata I Love You , which has amazing landscapes and a  divine lake . I was also on an island, to which I went by plane, called Aran Islands.”

Anyway, there are always things that are missing. No one is extraterrestrial and feelings always hit the heart. “ What I miss most in Argentina is the improvisation of the juntadas, the ritual of the roasts, which is not only doing the roast, but it is getting together, buying something to drink while making the meat, sharing the moment with family or friends. Here meetings are more than bars, to meet and be punctual, something we do not do so much there.   You don't spend that much time in your house. Here you don't know the families of friends, because people live alone, sharing departments.”

As is often the case, people “ from the interior ” or from the villages have been a little more hospitable with our interviewee. “I was lucky enough to find a lot of very friendly people, who opened their doors to me.  In Ireland I was in a small village and I was integrated as part of the family.    It's easier to integrate into the smallest places, there people include you in their activities and you look more often than in big cities,  where people have more groups.”

One of the practices that Gianina enjoys the most is to peck something before going out to dinner:  “It is very typical to get together with tapas before lunch , or after work, after work. It's something very typical of Madrid, for example. It's good to make a trip between friends before going home to sleep.”

With this scenario, it is difficult to imagine Mendoza returning to her payments: “I think that if I go back to Argentina now, I would change my way of treating people who come from outside.  Several times I consider the possibility of returning to Argentina. Especially when I embark on a master's degree or a job. When I see it's a lot of hours to come home, or when I talk to my family. Although you're close to technology, you still lose some things. But I don't think about it right now.   It is also true that the situation is increasingly harsh, globally. But right now I'm letting everything flow, depending on the opportunities that are coming out.”

From afar things look a little clearer. For the architect, Argentina “is a country that stands out very much for the nature it has. Here the countries stand out for the ancient cities and their architecture. Here, Argentines see us as Europeans in  Latin America , because they have proximity to us, or share more customs. But Argentina has a lot of things to give.”