Home People Argentines around the world Want to buy a house in Italy for €1?

Cecilia Solari, an Argentinean artisan who dedicated herself to travel the world, decided to settle in Mussomeli, a village in Sicily that offers houses for €1. 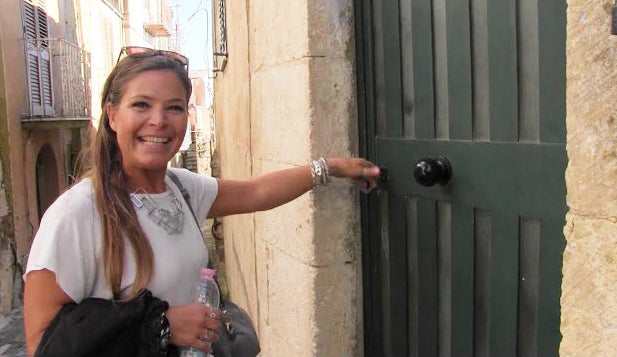 There is an Argentine who fulfilled the dream of the kid: after traveling for a while in Europe, she arrived in Mussomeli, a village in Sicily which offered houses for only €1 to anyone who wanted to settle there . That Argentinian woman's name is Cecilia Solari and this is her story.

Ago three years life gave a very hard blow to the craftswoman : her husband. Immersed in the enormous crisis that this situation brought about, she armed the backpack and went to travel the world as a way to clear and start a new life. Until he got to Mussomeli.

The village, of only 10 thousand inhabitants, has a serious problem: the population is , young people are leaving and only the older ones are left and, in as a result, they began to abandon many properties. The abandonment, of course, also brings the deterioration of the constructions (many of them are at risk of collapse). For this reason, the municipality expropriated them and offers them for 1€. But not everything is pink, whoever buys them also has some obligations. Maybe I can't reach with €1

In First of all, remodeling. Must start at most two months after purchase and finish before 3 months years of initiation (in many cases remodeling is almost total). Of it goes on to say that the costs of remodeling must be borne by the buyer. The village authorities claim that the new owners should think about €100 per square meter to remodel.

But... there are also formalities involved in this type of operation: fees, taxes, stamps, scribes. That is also paid by the buyer (and they go out, depending on the property, between €2500 and €4000).

But... Well, a gift horse doesn't look at his teeth. The house you bought Cecilia is 250 square meters, but while you will have to invest in the spare parts, is in a state more than acceptable and could already be inhabited.

If you, dear reader, have been awakened by the bug and also want to move to the Italian island, you can apply here. You never know. Perhaps, your dream house is just a click away.

Top 4 phrases made in Cordoba