Home People Argentines around the world Travel to the future?

An Argentine physicist investigated a theory according to which time travel would be possible. 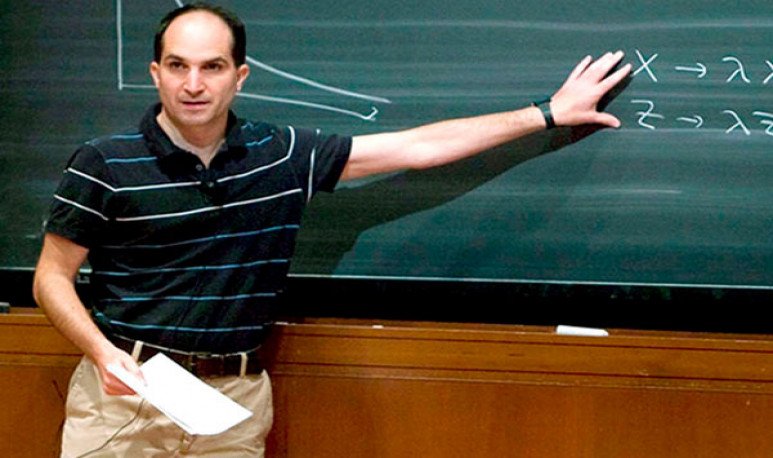 Sure, if we're living in a little apocalyptic world, think about  reality surpassing  fiction     It's not a difficult task, is it? Then all of a sudden we read around that someone said  it is possible to travel into the  future   and we feel Marty McFly. And then we didn't know that the one who said it was an  Argentinean  and we thought, “Of course, it couldn't be otherwise.”  But is it really possible to travel into the future?

Let's say things as they are. What  Juan Maldacena  actually said was:  “Travelling into the future is compatible with the laws of physics.”  That is, it is possible, as long as certain conditions are met. Can these conditions exist? Let's see.

Juan Maldacena is an Argentine physicist  of the Institute of Advanced Studies of the Princeton School of Natural Sciences. Together with his colleague Alexey Milekhin, from the Department of Physics at Princeton University, he did a work entitled  “Wormholes traverable by humans”.  There they analyze this possibility, which, until now, was only reserved for science fiction.

At some point, the challenge was to be able to cross the ocean. The human being did it. Then there was the sky: we built machines to fly and called them “airplanes.” Now, there was something bigger and more unexplored:  the Universe . The spaceships became real and all of a sudden all the children wanted to be astronauts. But with them we can't get very far. Voyager, the furthest one, is only 19 hours from sunlight. One nothing, in relation to the immeasurable breadth of the universe. How to get further?

While it is far from practice (so much that it may never be done specifically), we have the theoretical check, and that is quite a bit. And  it is proud to say that an Argentinean has been part of that investigation.

Wormholes are two black holes connected to each other . Until now, it was considered impossible to cross them. That is, it was believed that, if someone entered for one, he could not leave for the other. This impossibility would result from the fact that the stability of wormholes would depend on the existence of “exotic matter” (beyond the liquid, gaseous or solid states).

That preconception is what Maldacena and Milekhin are coming to take down. According to them,  someone could enter through one mouth, exit through another and return to the starting point.  To sustain this, they rely on the  theory of quantum physics  , according to which it is possible to make these trips. But they warn a “trap”: the time it takes to go through the wormhole should be longer than the time it takes to travel between the two mouths outside.

This was explained by the researchers in their work:

“ We went through the question and got involved in some 'science fiction'. We will introduce a 'dark sector' with desirable properties to build traverable macroscopic wormholes. This 'dark sector' only interacts with the Standard Model by gravity. Our main point is to emphasize the consistency of such wormholes with the laws of physics as we know it today, using only previous ideas for physics beyond the Standard Model. In particular, we will use a version of the Randall-Sundrum model. This model allows wormholes large enough that could be traversed humanly. Using them, one could travel in less than a second between distant points in our galaxy. A second for the observer passing through the wormhole would be tens of thousands of years for someone looking at this outside.”

For this to happen, certain conditions should be met:

“ If we send too much positive energy, we'll collapse the wormhole... to keep the wormhole open, we need Casimir's negative energy. If these wormholes were in an empty, zero temperature flat space, they could exist for a while and be passable.”

However,  Maldacena maintains that she does not believe that these conditions can exist in our  universe .

It is simply the mathematical solution of a particular theory. But surely our universe is not described by that theory. And even if it were, it would be a very difficult setup to produce, both naturally and artificially.

A breakthrough for science, of course. But a little disappointment for those who were already building their own DeLorean.

For now, traveling to the future, remains something reserved for movies and books. But how nice to dream for a little while.