We tell you who are the Cordoba players who win in leagues from different countries. They did not settle for the Cordobesa and went outside. 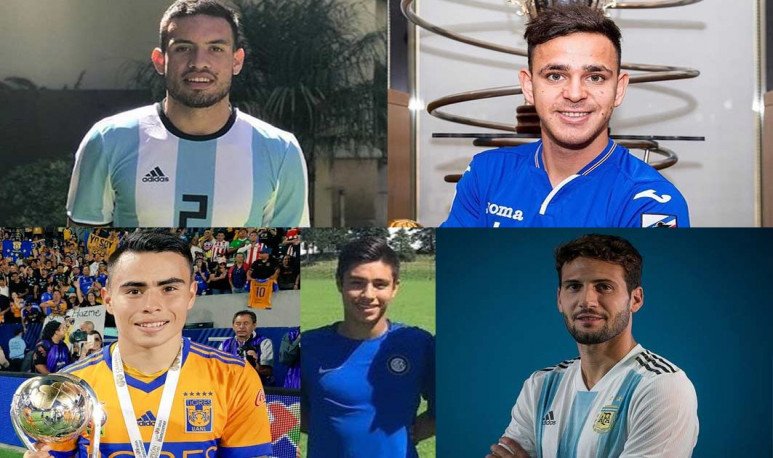 Succeeding in the world of  football  is not easy. But more and more are those who are betting to grow in this sport and be able to reach the major leagues. Many of the young people who are touring the world, and scording in different clubs, are Cordobese. Most came out of clubs like Belgrano, Talleres, Institute and more. Others were simply born in Cordoba, but did their professional life elsewhere. We tell you the top 5 of Cordoba footballers who walk abroad.

Or “The mute” Vazquez was born in Tanti. Today he has Italian nationality and plays in Sevilla Fútbol Club de la Liga Santander. Play as a mediator and break it! He had opportunities to play with the Italian National Team, but currently opted for the celeste y blanca. He began his career at the Barrio Parque de Córdoba club, and does not stop growing.

From the Cordovan league to non-stop European football, Vezzoni does not stop succeeding. At the age of sixteen, the kid came to Inter. From Italy he remembers the pastures of his hometown: Cosquín. His career is just beginning, but he started with everything. Franco fulfilled the kid's dream, and let's hope he keeps on fulfilling them. And keep showing us we can get there.

The Cordovan pirate left the province and begins his career in a Spanish club: the San Fernando CD. Belgrano fans are like crazy, and they follow their matches as if they were the celestial pirate. From club to club, Tomás plays as a striker, and does not lose any goal. Total, from Cordoba we sing them to you.

The current team is  Sampdoria  of the  Serie A  from  Italy  . Its origin, Cordovan. His great love: Institute. At only 20 years old he lives in dreams. He came to the European leagues and can live on his passion: football. The fan of La Gloria is the pride of all Cordobeses. And from here we send him all the strength to keep breaking it.

Lucas is having a chido on the Mexican courts. And the ones who spend it best are the ones who play with him. The kid breaks it in the UANL Tigers of Mexico's First Division. The Chinese plays as a hook. And he got to where he is, having debuted with Belgrano.

With a top five of Cordoba footballers, we were short. There are many who in addition to quartet and fernet, have it tied. Our best wishes for these triumphing kids from Cordoba and to the world.