Learn about the exciting story of Sara who, at 80, decided to start a new life and tour the world in her motorhome. 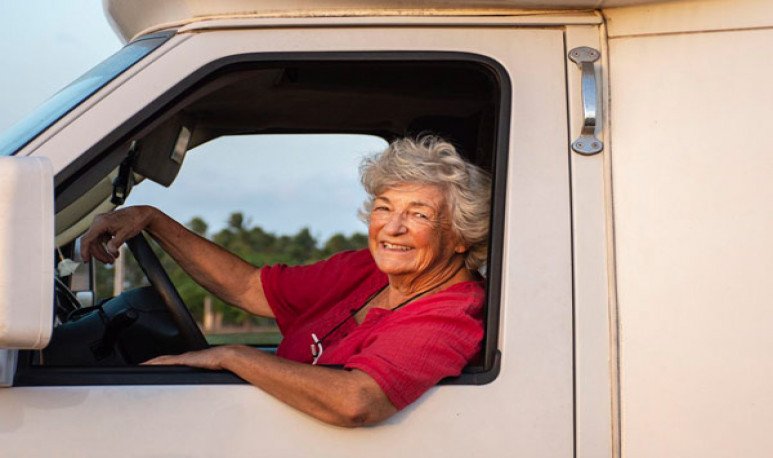 It's never too late to chase dreams when the  spirit is wild and lively.  You could say that, at the age of 80, adventure is not something that should be first on our list of priorities.However, this  Argentine great-grandmother comes to teach us the opposite.

After retiring  as an English teacher, Sara decided it was time to change her lifestyle. Determined to take the next step, she sold all her assets and invested in a Ford E350 truck . “Sara's thing” was the name he chose to call his new four-wheeled home with which he has almost  100,000 kilometers traveled. 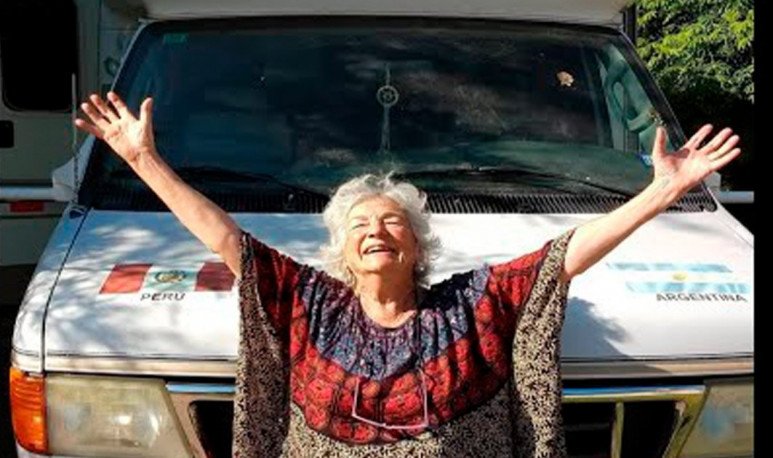 He bought his motorhome, stepped on the accelerator and started a nonstop trip that was only momentarily paused by the pandemic. These days, she is in her son's house in Yerba Buena, Tucumán province, where she hopes optimistic that the situation will improve to get back on her way.  Negativity is not a feeling that characterizes it.

Until the age of 44, Sara fulfilled what was considered to be done by every woman, at least for the customs of that time.  She married, had three children and served as a housewife . One day her children grew up and went to college, leaving Sara a feeling of loneliness, which she managed to fill by studying a university career. So Sara went from a housewife to an English teacher in just four years. With the title in hand, it did not cost him much time to get a job and developed a successful career.

After 45 years of marriage, she decided to split up and this was the key point for her to rethink what she would do with her life. Once he retired, he began to venture into different projects, starting a restaurant in his house, having a rolling bookshop and even a delivery of food.  But something was still missing...

Sara looked for a new north, wanted to leave her comfort zone, and even though she loves her family, she couldn't stand the monotony of the days or watch her friends sitting watching television.  Something else had to be in life , something else was waiting for her and she would not turn a deaf ear to this call. When he finally found out what he was looking for, he gathered his children, grandchildren and great-grandchildren, and told them the news.

Then the preparations began and everything began to come out naturally and a lucky share. Getting his new home was easier than he thought, even though he had to travel to Uruguay to look for him.Just put on your seat belt and  turn into a aimless compass . And, although the initial idea was to drive for three months, the time extended and it already  takes eight months to travel.

To date,  he toured Brazil, Bolivia, Peru, Uruguay, Venezuela and Argentina in almost all its length . Most of the time it is she who commands the steering wheel, although sometimes she is encouraged to lend her mobile house. Along the way he discovers friends, traveling companions, and  almost never plans a route.  Only weather, company or mood can determine where you will drive. Upon reaching the border with the Venezuelan country, he decided to return to Argentina where he remained until the Government allowed him to resume his journey.

At his age, the greatest treasure he keeps is his countless anecdotes,  which he will begin to capture in a book.  She doesn't look for a life with luxury just vitality to go where the wind takes her.