Home People Argentines around the world The search as a life engine. 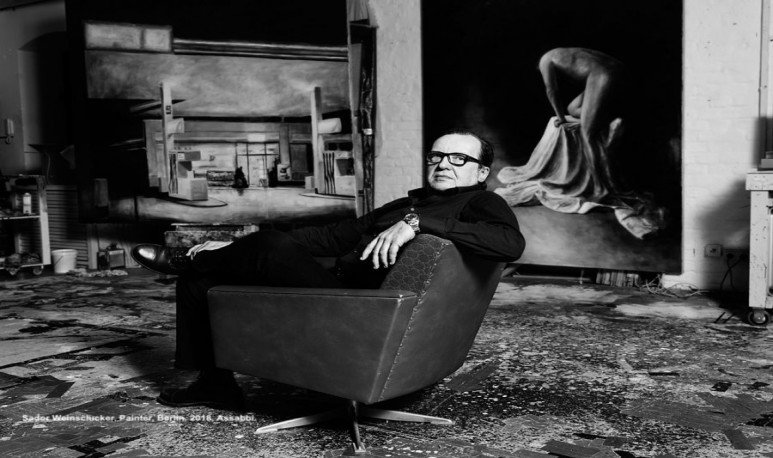 Sergio Assabbi is an Argentine  photographer  of the best in the world. He lives in Berlin. “Berlin is a city of artists, it is not a city to work. Everyone comes here just to think about an idea and make them a genius herself. All the art goes through here. Let's not talk about music. Tricky's been living here for a few years now. David Bowie has lived here for many years. Everybody passes through here.”

Like every great creative, his life is mobilized by constant  search  , in two inseparable aspects: personal and professional. “While I had already been in Madrid for two years, I went to Berlin in mid-99, when I saw that there was no longer going to be changes in everything around me. I made the decision dry and I knew that when I executed it I wasn't going to go back. I was looking for something completely different.”

When he told us what surprised him about the new country, perhaps Sergio talked about what he was looking for so far from here (in every sense): “The education and self-control they have for everything I liked very much at the start...   society  itself... lack of charlatans... political and economic stability. Tranquility and respect. Laws that are fulfilled to the smallest and that no one discusses.”

It is not surprising that a being working in creative chaos needs to balance his life with the external order...

The search comes from the  curiosity  and curiosity of doing a cult of observation. Sergio was noticed obvious things (“The city full of crows stirring garbage...”), as well as others that only see those who watch (“Short days, public transport heated, years without snow, summers of green, beautiful birds everywhere, sun 35 & deg; C without pause, some fox in the middle of the city at night walking”).

His life, biography of the  official site

Born in Buenos Aires, the city that offers all the necessary tools to thrive as an artist. He studied at the prestigious Academy of Art “Prilidiano Pueyrredon”. After finishing his studies, he was recruited into the Army, to fight in the 1982 Falkland War. When the war was coming to an end, he was taken prisoner and soon after he returned to Argentina.

He travels to Europe in 1984 and decides to stay in Madrid but then settles in Barcelona, which impacts him so much that Assabbi discovers his true passion for photography. Start working for editorials and fashion designers. And in 1990, he returned to Buenos Aires, where he started working for international advertising agencies such as Young & Rubicam, Gray and BBDO Arg, and then created campaigns for Levi's, Telekom and Nike (Wieden & Kennedy USA). In which many of his commissioned works win awards at various International Advertising Festivals.

After a successful collaboration with Wim Wenders, in a commercial TV/Graphic campaign for Renault Argentina through Agulla & Baccetti agency, he puts his gaze in Berlin, where he immerses himself in the countercultural art scene through its lens. And soon after, he lands other accounts with creative agencies such as Aimaq Rapp & Stolle, Heimat and Universal Music. Throughout Assabbi's deep and layered understanding of 'Art' that allows him to express a unique perspective style, his photos have the tendency to slightly scratch the surface of reality with touching historical references, which are not obvious to the naked eye. But when one looks hard enough, the layers begin to bloom, exhibiting the world of their characters.