A Santafesino is a TV star... in China! 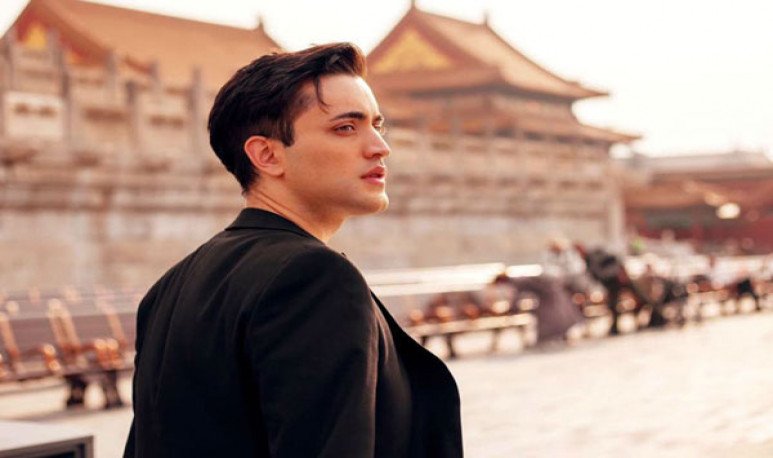 Brian González was born in the San Vicente town of San Vicente. Distant about 50 kilometers from Rafaela, it is  one of those villages where the boys are going to study elsewhere . It is rare, in such locations, to find people who stand out in some media activity nationwide. But San Vicente is an exception, being the birthplace nothing less than  Alejandro Fantino . So Brian paints to follow in the footsteps of the famous Ale. But  a little further than in Buenos Aires. Brian is shining on television ... from China.

Gonzalez came to the Asian giant at the age of 18 and for three years has  been working on television in that country, as a panelist on an entertainment program . This possibility of integrating the  Informal Talks  series along with eleven other foreigners representing their countries emerged after a casting. The audiovisual space has a panel with eleven foreigners representing their countries and four Chinese drivers. It has two sections: one on world culture and one for discussion.

Brian managed to become, by the force of talent, intelligence and charm,  star of one of the most watched TV shows by young Chinese people . He is known in China as Gong Biyang or Yang Yang, his nickname. And he has more than 200,000 followers on social networks. Brian is not a foreigner but sparklings through the streets of the Chinese capital.

As soon as they see the sanvicentino,  the girls ask him selfies, tell him that they watch his show and ask for  kisses .   Talkous, kind and smiling, he poses and answers them in mandarin fluid.

But how did a sanvicentian come to such a present in the vast eastern country?

Brian became interested in the Mandarin language as a teenager. Very rare in his village, and he traveled to study to another locality.

In 2006, he was invited to participate in the Chinese contest “Han Yu qiao” and, thanks to natural talent and prodigious memory, came out second.  He won a scholarship to travel  to China when he was a college student. He was still a minor. In a hurry to leave, the last year of high school combined it with the Common Basic Cycle of the UBA XXI program and was able to be a regular student. Brian just wanted to go to China. It was a dream. When it happened,  it was his first time on a plane and to leave the country . He only returned to Argentina for a visit.

After a year at  Beijing  International Studies University, he spoke very well. Four years later, he completed his career in Chinese Philology and then completed a master's degree in Foreign Trade.  He made translations, guided tours, taught English, but by no chance they recommended him for a television show .

With eight years of residence in Beijing Brian became the chosen interlocutor to, among other credits,  interview Lionel Messi and conduct a ceremony in which former President Mauricio Macri participated.   These two events put the Santafesino at the center of world attention, and filled his people with pride.

On his meeting with Messi, this Santafesino who studies Chinese would send for eleven years he revealed his surprise, in statements to a Santafesina radio station. He said he never imagined he was going to be able to meet him.

Still very young, Brian Gonzalez has a great  race  ahead. And this future is nothing less than in one of the main countries of the world. Everything, for a boy from the interior of Santa Fe. Pride of San Vicente.