Home People Argentines around the world The Santafesina who fell in love with a Welsh, part 2

Second part of the story of Elena and her Welsh boyfriend. What is it like to live in the first world and interesting things about the cultural shock. 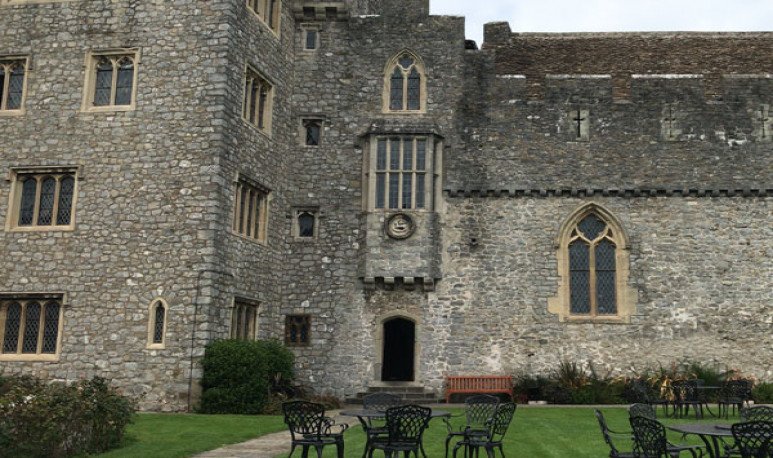 In August 2010, after spending a few months in Santa Fe, Elena Gandolla  left for Wales “and may God help me.  I've been living here for 10 years now and I've got used to that sea  air  (and sometimes hurricane wind) that you breathe every day. To its almost constant rain and to those sunny days that are greatly appreciated, given their shortage. Wales  has given nothing but opportunities to prove what I can do ,” is proud of Elena, who discovered career growth and, in addition to her life partner, many friends. Most are immigrants like her, “and some Welsh also opened her heart. Although, without a doubt,  they are not given to strangers with the devotion of the Argentine .”

Today this Santafesina works in an international school that works in  a Welsh castle   of the twelfth century  . Every day is like a fairy tale. “Of course, the honeymoon ends when you realize how cold a building can be so old and how unmodern the facilities are. But  I adapt easily, luckily  (I take a  hot water  bag to the office and go!)”.

She also became a member of a tennis club, where she participates weekly playing with local people or clubs in nearby towns. Something rare for those who are used to develop sports practices in the South American climate is that, in Wales , they do open-air tennis also in winter.  “ It was a real shock to see how they naturally take to play in the frozen rain or during a painful frost... I got used to it too! They looked at me in amazement when I announced that I would not play in winter and I had no other thing to try.  I'm not going to lie: it's very unpleasant, but not impossible .”

With the logic difference of roots, sometimes you feel integrated and others find it difficult to understand  aspects of culture . Undoubtedly, what helps her most cope with this reality is the solidity of her relationship with  her Welsh . “Sometimes it is difficult to reconcile some cultural differences. The tone of voice (according to him, I speak screaming), culinary choices . One day I made empanadas and asked me ketchup to accompany them. I almost died!  The first day we met he offered me a tea, and when I tasted it, I realized that he had put milk... I didn't like it. He could not understand the concept of tea without milk. It was easier for her to understand mate than my mania to drink black tea (I also got used to tea with milk and can no longer drink it without it).”

Today Elena claims that she already belongs to two cultures , and she loves it. “I never would have imagined it. I sing the two hymns with the same respect, and I adopted the Welsh flag as my own (it flames in our house sometimes homeland or sports). The two countries have given me too much and I love them deeply. I'm from here and I'm from there, and it's my choice.”

For the future, it does not rule out anything . It can be in Argentina, here or on a different continent. Elena has had the opportunity to travel a lot and has been very attracted to other cultures that are super different from Latin or British. “If I could, I would take a few sabbatical years in countries like Singapore, Japan, Tanzania or Denmark.  Knowing the culture and people of a country has always been my passion . But for now I'm staying here in Wales, which I call my  home  too. With its mountains, its sea, its green meadows and ancestral forests. Always accompanied by Lee and mate.”