Home People Argentines around the world Juliana Espósito: the rosarina that left an indelible mark in Uruguay

The architect Rosarina passed away recently, not without first leaving a legacy in the neighboring country. 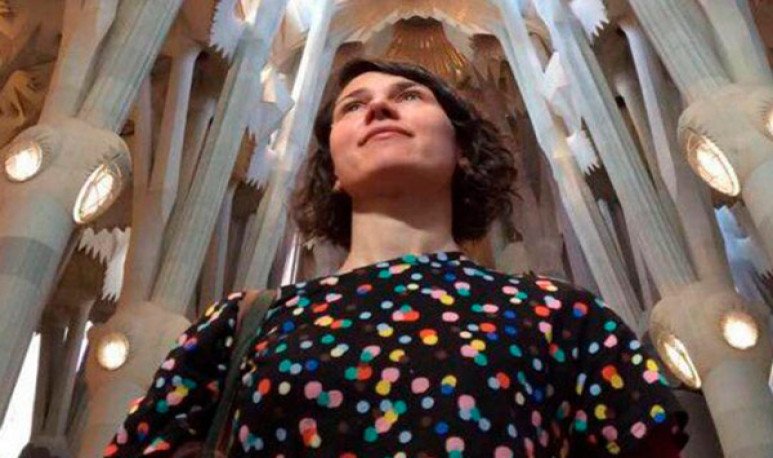 Juliana Espósito was an architect from Rosario. He graduated with honors from Rosario National University in 2006 and, in 2009, earned a master's degree from the University of Illinois in Chicago. That same year, she settled in the Uruguayan city of Canelones,  attracted by a love that caught her in 2007 , during a trip along the coast of the neighboring country.

Although he moved to Uruguay, he never lost contact with his city, his colleagues and his profession. Luciana  worked on both shores and traveled all the time . Together with other architects of the city, Rosario was part of the so-called Pandeo Group. In this going and coming from one side to the other of the Rio de la Plata, in 2011 the thing got more serious on the charrúa side. He joined the Scheps Workshop at the Faculty of Architecture, Design and Urbanism of the University of the Republic, in Montevideo. He earned a space, especially in the city where he lived, very close to Montevideo.

Inspired by the innovative Granja de los Niños in the city where she was born , she proposed to transform the zoo in the city of Canelones. The revolutionary idea was to turn it into a pedagogical and environmentally friendly space. In 2017 she also obtained the position of academic secretary of the Casa Vilamajó Museum in Montevideo. However, he resigned that position in 2019 because he had another big goal: he wanted to devote himself fully to the big project of his life, a theme park with children's games.

Today, this park is located in the city of Las Piedras, on the outskirts of the Uruguayan capital.  It was inaugurated at the end of last year.   The theme sector for children is named after Arquitecta Juliana Espósito.

Among the original things that the park has, there is a goose game designed to explore the history of the Battle of Las Piedras, the ideas of José Gervasio Artigas and his legacy. Tolderías Artiguistas is a project coordinated by the government of the Department of Canelones in conjunction with the United Nations Development Programme. As Esposito said hours before his death,  it was his maximum professional accomplishment.

Juliana had been fighting cancer for years. But, in Las Piedras, they claim that Esposito did not stop working for a single day in the creation of Uruguay's largest children's space. Even though he knew that his body was no longer responding to him, he devoted all his energies to building it.

Those who knew her don't doubt it. They say that  rosarina had a great strength, tempera, serenity, intelligence, creativity and a calm smile that always accompanied her . Luciana worked tirelessly until her death, at the age of 40. The professional did not stop dreaming and executing her project beyond the difficulties posed by her illness.

Before he left this world, Esposito had said he was tranquulia. The children's corner of Artigas Park was no longer dependent on it . It would be inaugurated on the date she was asked even if she couldn't be there.   It's just that, by November 2020, Juliana Esposito had a few days left to live and she knew it. Her long fight against cancer was coming to her last moments, albeit in parallel with another end: there were also only days before a theme park that she designed and was proud to open to its neighbors in a Uruguayan city. Esposito died on November 28 and his work in Las Piedras opened less than a month later.