Home People Argentines around the world The real superman

Know the story of León Drajer. He's a triathlon player, chef and mechanic. He lives in Spain, but was born in Mendoza. The real superman. 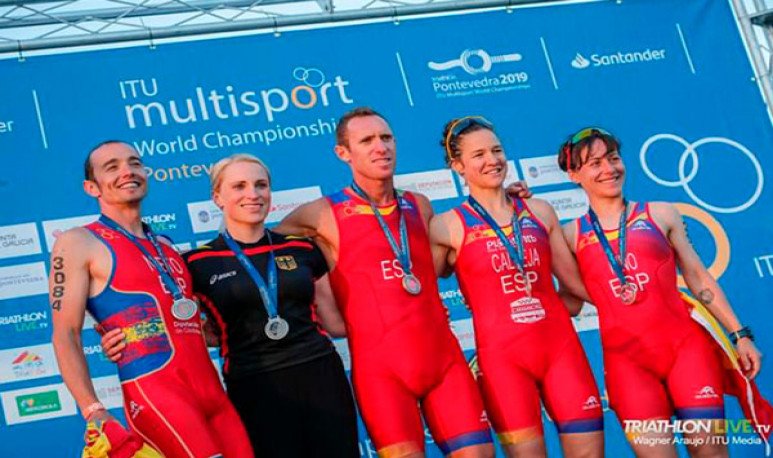 León Drajer is 38 years old and is a native of the department of San Martín, Mendoza. However, he has lived in Spain for 13 years. He currently resides in Lanzarote,  Canary Islands, Spain. Last year, he became  World Cross Triathlon Champion in Pontevedra, Spain. He stood out from his age group (35-39 years), in the elite category and ranked fifth in the general classification, which included all age groups.   But that's not all, because the man not only has time to train, but also gives time to be a chef and bicycle mechanic.

The ITU Multisport World Championships is a world-class competition , bringing together multiple sports disciplines that emerge from triathlon and duathlon. The Cross Triathlon event was based on a 1 kilometer of swimming, 30 kilometers of mountain bike segment and concluded with 7 kilometers of running.

But last year was not the first time Leon competed globally.  In 2016 he was animated in Germany and became the world runner-up in the same age group.   But this is just a couple of all the titles he holds. Other results he has had throughout his career are: Argentine duathlon runner-up, behind Gonzalo Tellechea; he's exto-place in the pan-american duathlon championship in  Mar del Plata , in 2010.

Mendocino is dedicated to this about 15 years ago, although he recognizes that he always liked cycling and running . Obviously, at first he started practicing these disciplines without knowing how to swim, that was the hardest thing. Once he started racing, he got hooked up with competitions, something he never abandoned.  The man lived 13 years ago in Spain, but before he lived in different cities in New Zealand, Brazil and the United States.

As presumably, their achievements are the result of hard training.  As for this, the routine requires León to get up at 6 in the morning. Three times a week he goes swimming at 7 in the morning, then he goes to work, completing an 8-hour day in repair, sale and rental of bicycles. In the afternoon he makes the second day of training which, most of all, is about running or cycling. And, on weekends, away from rest, like any other mortals would, train between 4 and 6 hours.

Drajer runs for the Bayliss Multisport team, so the trainings are done both as a team and individually.  In general, he does not have a coach as he was always self-taught and follows his own training plan. It ensures that it changes according to how you feel, and does not follow a set pace.

On the costs of being a high-performance athlete, León explains that training demands a lot of money. Materials are expensive. A bike, to be able to compete, uphill of a thousand euros. He is lucky that the municipality where he lives lets him use the facilities for free. You can train on a athletics track, you can use the gym and swimming pool. Except that, in general, everything comes out of its own pocket.

As for triathlon in Argentina, León has his vision from the outside. He says there is a very big future in our country, but he is confident that athletes stay a lot in Argentina and the level is not as high as in other countries.   It would be best to travel and compete outside to improve. At the age of 19, the man went to live in America and, once the world was out, everything looks very different.

According to the athlete,  in Spain it gives a lot of impact to this type of championships and they are broadcast in the media. It is given more importance, more than in Argentina.  Although football  is still the dominant sport, other sports are also respected.   This entails the emergence of sponsors, who see the possibility of advertising in mass broadcast events.