Cristian Garbero is a saint, living in Panama and working as a cook on a boat that has been in Trinidad and Tobago for two months because of an alleged cause of drug trafficking. 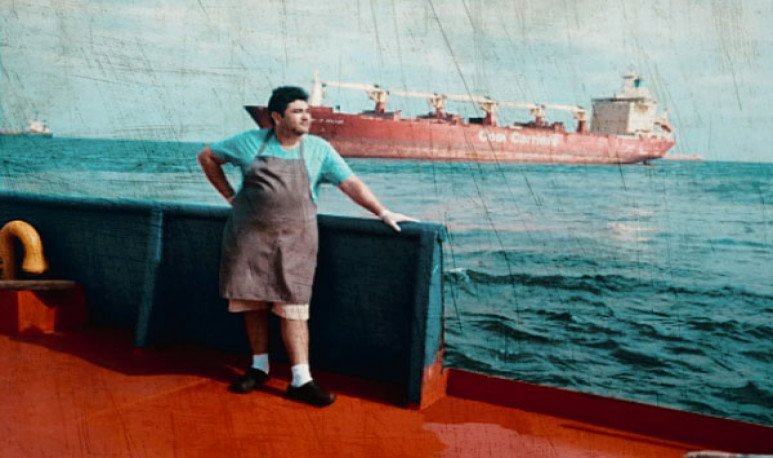 Cristian Garbero was born in  Rio Gallegos ,  Santa Cruz  . He is 39 years old, 19 years ago he emigrated to Panama, in the middle of 2001 crisis with his brother Jonathan, who ended up returning to the country.

In Panama, Cristian studied as  a cook  and began working on  oil tankers , which provide fuel to other vessels.  In March of this year, the  Santacrucean  began to be part of Star Balboa , a Panamanian flag ship with 17 crew members, most of them from that country, but also with people Venezuela, Colombia, Peru and Nicaragua.Garbero is the only Argentine there.

Since the end of August, Cristian and his companions are suffering a real nightmare, as Star Balboa entered the coasts of  Trinidad and Tobago  with the aim of stocking up supplies and continuing their journey.But everything changed when the coast guard on that Caribbean island intercepted the ship with members of the security forces, who broke into the framework of an alleged drug trafficking cause, claiming that the ship is designed to transport drugs.

Thus, about 50 troops from different forces boarded the boat, heavily armed and with anti-drug dogs, in order to find some illegal substance. Nothing was found, but, anyway, they were not allowed to sail  to continue their journey, they were incommunicado, since they took all the phones, except one, that of the captain of the Star Balboa and, to top it off, 14 of the 17 crew were infected with  COVID-19 , when all had remained healthy until the time of the operations.

The native of Rio Gallegos was one of those who suffered the disease, although, as he told his family, who from Santa Cruz is desperate for the situation, he already feels good. While his parents and brother share the ordeal from Patagonia, in Panama, their wives and two children also suffer for Garbero's integrity.

The few minutes in which Cristian can contact his family, he tries to bring peace of mind.  There are not many moments in which they can talk, because, being the phone of the captain of the ship, it is used by him to try to find a solution to this conflict that has already been going on for more than two months. In contrast, the family's concern over the course of the day increases considerably, and communications also carry more uncertainty than peace of mind.

Garbero, a strong-willed but good-natured man, tries to be optimistic and hopes that the negotiations will be successful, as search operatives gave negative results and only need to check the fuel tank. Meanwhile, he and his companions reported that the lack of sanitary measures led to the contagion of almost the entire crew, while accusing the troops of abuse of authority. “We are not criminals,” everyone cries out in the midst of the tense situation.

Distance makes knowledge of the legal situation almost nil.  Beyond the fact that nothing has been found to involve Star Balboa in drug or arms trafficking, Cristian's relatives call on diplomatic authorities to begin intervening, with the aim of exerting pressure on his Trinidad and Tobago peers and ending this conflict.

In Santa Cruz and Panama, Garbero's parents, brother, wife and children are flooded with anguish and uncertainty, while Cristian, above the ship, was infected with  coronavirus  for lack of sanitary measures and can not bring your loved ones the necessary peace of mind.