Fayer reinaugurated in the middle of the pandemic and, with its Israeli and Argentine cuisine, became the fashionable place in the Spanish capital. 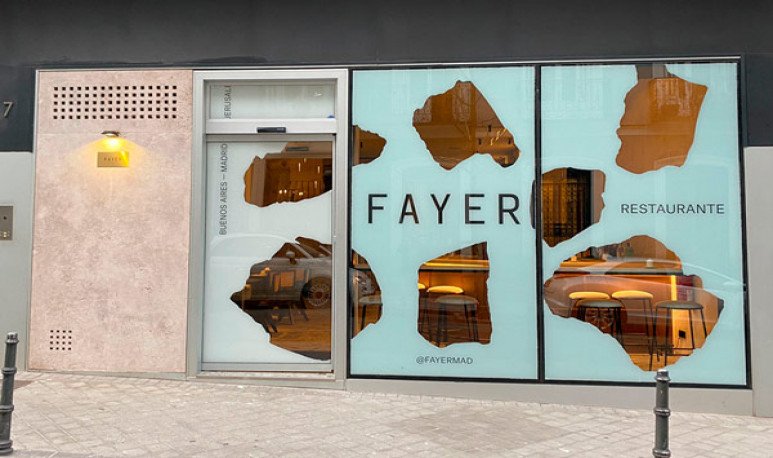 A good proposal is always a success, even when there is a  pandemic  in between. If you don't believe it, ask the owners of the  Fayer restaurant, who opened a place in   Madrid , Spain , and it was quite an event in what is — perhaps — one of the añ the most difficult in history.

As for everyone, the plans for this 2020 did not go as thought. In February, Alejandro Pitashny and Martin Loeb arrived in the Spanish capital with a project in mind:  opening an Israeli restaurant and Argentinean grill . As an antecedent they had their place in  Palermo , Buenos Aires, which has the same name. They opened the doors in early March, but the joy lasted little.  A week they had to close due  to the  quarantine  declared by the Spanish government.

The chef of place , Mariano Muñoz,  then decided to return to Buenos Aires. Quarantine decreed here too, its priorities changed: Fayer Palermo had to be transformed from restaurant to  delivery . And that's what he was. By May, things began to improve in Spain, so the chef returned to Madrid, to set up the  reopening of the place , which was finally on June 9.

Of course, the new opening came with some limitations: according to the health protocol, they were only allowed a capacity of 30%, in order to maintain the mandatory distance between the tables.  That didn't stop the place from becoming a real event.  The desire to leave that the population had accumulated, after months of  confinement , added to the disruptive of the proposal, made the restaurant filled every night.

This is how they are presented from their website:

FAYER means fire and fire is our inspiration.

A unique place with a kitchen to discover. Here are Israel and Argentina.

We arrived in Madrid from Buenos Aires and want to continue touring the world.

Fayer is located in the exclusive district of Chamberí, on Calle Orfila. In the surrounding area there are art galleries and offices, which ensures a lot of movement throughout the day. In addition to the innovative gastronomic proposal, the setting of the place was also designed to provide the customer with a unique experience.

Its owners explain that Israeli and Argentine cuisines are not presented as a merger, but as two alternatives in which the restaurant specializes.

Two historically very close cultures are found in a different, fresh, exotic and very Mediterranean menu to which the unmistakable cuts of Argentinean grilled meat are added. The iconic dish you should not miss is the Pastrón con bono, a spicy steer rib that takes more than 10 days to elaborate.

The impact they had on both media and customers was unbeatable.  Specialized criticism gets rid of praise and diners repeat the exit, sometimes, more than once a week. With this perspective, they are already planning to open Fayer branches in Barcelona, Berlin and Amsterdam. They even shuffled the possibility of expanding into Asia.

It happens that when things get done right, success is almost assured.

The school that challenged a match to the pandemic