Santiago Russo is a soul traveler who loves to record moments with his camera. As a handball photographer he already toured more than 30 countries. 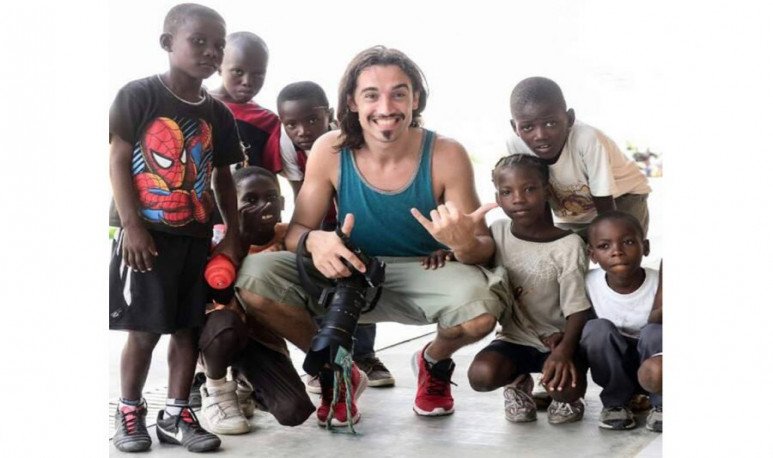 “98% of the world is good, that's why 2% handle it,” says Santiago Russo. Thus he synthesizes his experience touring the world. It manages itself in terms of logistics, transportation, accommodation and food to make each of your trips anywhere there is a handball tournament of the Argentine national team.

Verborrhagic and determined, he set up his own  venture  with professionalism and passion for  traveling  and exploring new cultures. The traveling spirit that characterizes him makes him a narrator of unique experiences around the world. Since 2012 at the Olympic Games in  London , but for years it is dedicated to disseminating handball.

“I started with the  photography  and dissemination of handball, a sport that I practiced in  Mar del Plata  . Since 2012 I decided to take my experience around the world. I presented projects at the Olympic Committee, in the Federation, but I had no answers. At the time I talked to my teammates convincing them of the value of having photographic memories of those places we were going to play,” he recalls.

During the Pan American Games in Lima, Russo continues to thicken the number of countries he met through his task: “Peru is the 32 country I have traveled with handball. I was in Egypt, Greenland in an adult men's tournament, in China at the 2014 Youth Olympics. These are the most exotic places I visited,” he lists in a quick tap knowing that the list is much longer.

“I define myself as a traveler. I am a photographer and a self-taught journalist. But what moves me is to know the world and transcend the sport I love,” he confesses. “Photography is a very valid instrument to make sports known. Achieving the best photos helps a lot to the success of this experience,” he remarks.

“I slept in first-class hotels or under a rostrum. I'm now in the house of one of the players of the Peruvian national team. There I was set up a tent with an inflatable mattress that is where I sleep with a giant San Bernard that comes to wake me up every morning,” he says fun.

A different world, of adventures and tours. He paints a singular character who carries his passion and his dream on the planet without forgetting his Marplatense roots. “I always try to see mine again. That makes me happy,” she recognizes.

Source: A Place in the World

Challenge Route 23: bicycling the Andes with the sea