Home People Argentines around the world La Makinola: tour the continent above a Falcon

Juan and Marina are two Argentines who decided to follow a crazy dream: today they travel America in Makinola, a Falcon model 81. We tell you the story. 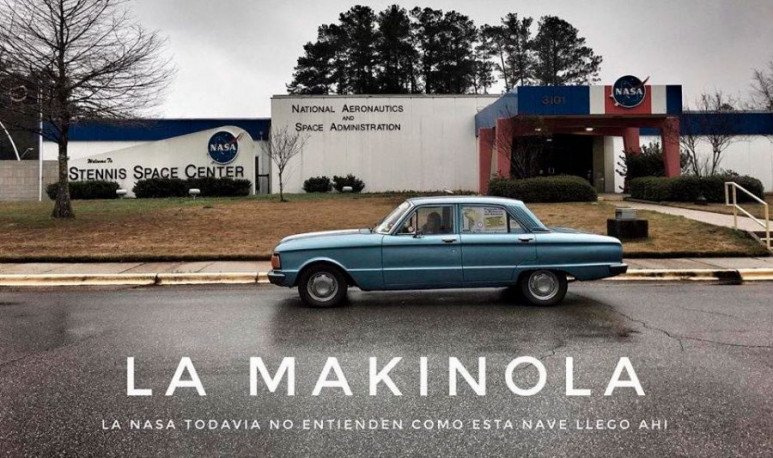 Sometimes, when you really want to do something, the lack of resources is  creatively compensated. If not, let's look at this couple's story.  Juan and Marina  are two Argentines who had a dream, and today they are fulfilling it: they are touring the continent above Makinola  , a 1981  Ford  Falcon  .

It all started when Juan bought the car and wanted to try it on a trip to the Termas for a car encounter. At first, the intention was to return, but something made him venture to follow. He started driving  north . Marina had stayed working in  Buenos Aires , but from afar she could also feel the adventurous impulse. Six months after Juan began his journey, she joined him in  Panama .  Makinola  has been traveling for almost two years. He left   Mar del Plata   (Buenos Aires) and arrived at  United States.

How do you finance this trip?

Once the car began to become famous, they began to generate  marketing  products to sell and solve the route by taking advantage of the contacts generated through Instagram.

What is the route to Makinola?

We are Juan y Marina, two Argentines who are traveling around the world with a Ford Falcon from the year 1981, called “La Makinola”.

Our dream is to travel the world and get to know the different cultures, customs, share with people nice moments and above all to show the world that dreams are to be fulfilled.

It all started in narzo 2017 when we went to see the town of Tigre where we would baptize later our dear MAKINOLA.

There he was waiting for us, not knowing the thousands of kilometers, the temperatures and the millions of places he would know. For John it was love at first sight and of course it was dreaming big and something wonderful.

Drop and travel: from Neuquén to Alaska