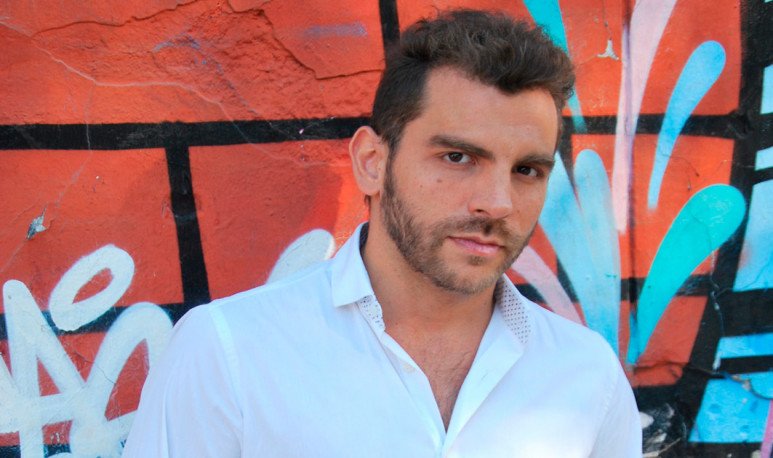 Alejo knew since he was a  kid he was acting . He was always very funny, witty, witty. His mischief is already noticeable from when he tells how he decided to start in the world of acting: “I would love to say that it was because I read some work by Lorca or Ibsen, but it was by  Amigovios  (that remembered boyto-youth strip of the 90's on Canal 13).  Inspiration sucks, but that's life .”

This actor began to play at the academy of the high school he went to in Santa Fe. There he confirmed that that was what he wanted for his life . In 2004, at the age of 20, he decided to move to Buenos Aires. This is what all actors and actresses or aspirants do when they are from the interior of the country. In this area, there is no doubt that  God serves in Buenos Aires . “There I started to work a lot in  humor , doing impro (a technique in which actors improvise stories at the moment with proposals that the audience gives) and also more theater.; s' classic '”.

This was his final stage of formation. He studied with Fabio Mosquito Sancineto, his “master of impro”. Also in the studio of Augusto Fernández and  taking workshops with Julio Chavez . Alejo says: “At a distance, I think it is one of the training that has served me the most.”

In 2010 Bertín Cardozo set up his own impro company with which, in 2012, they performed some functions in Santa Fe. He also came to work at the  Teatro Nacional Cervantes : “One of the prettiest theatrical experiences I ever lived”.

The decision to take the stick

The process of his departure to Mexico “was in late 2016, early 2017. I always liked traveling and getting to know other cultures. I was living and working as an actor in Lima, Peru, the first half of 2014, and  Mexico had always been one of my goals .”

In Buenos Aires, the Santafesino had a small producer of shows for social and business events. But in that year, certain  policies  began to hit the sector that made the growth of projects more and more difficult. “You were struggling with budgets,  there was less and less work... I decided it was the right time to try in Mexico.”

In the Aztec country, Alejo was able to do many things: improvisation, advertising, text theater: “A couple of theatrical tours through the state of Jalisco and Quintana Roo (what would be the Riviera Maya), so  I lived for two months in the Mexican Caribbean. Unbelievable .”

In recent times, he began to venture into social media humor on his Instagram account  @alejobertincardozo . “It started to move a lot, until the same social network began to hurt the creators and creators of content. It takes away followers. Still,  I keep doing it because it amuses me .”

As happened to so many people, Alejo had many projects by 2020 that had to be canceled. To adapt, “I did a couple of functions online. There are projects to conduct events.”

Alejo  always knew how to adapt to what the situation determined . Perhaps his training in  impro  prepared him for this versatility. Always as a Santafesino on the outside, we will soon get to know more projects of this  ingenious  artist.