Sofia Ramírez is a young woman from Paraná who is based in the city of Berlin, Germany. How do they cross the second wave in Europe? 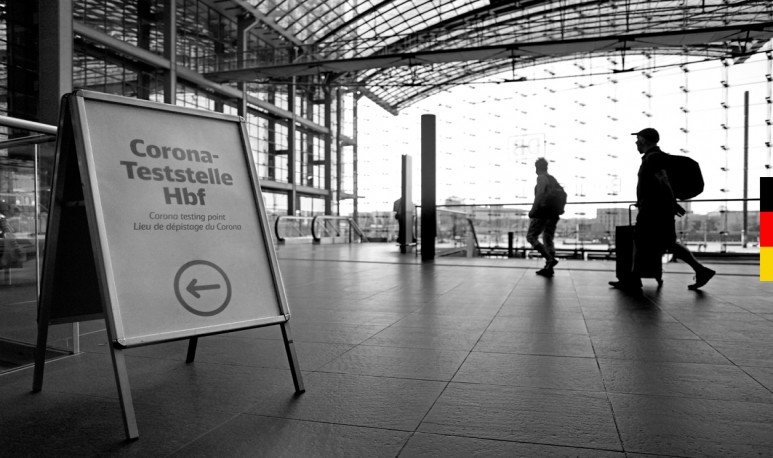 He's 32 years old and has  lived in  Berlin for two. He arrived without citizenship in the European country and once installed he was able to manage an artist  visa  for three years. Paranaense is dedicated to photography, painting and networking. But what he never imagined was that the most devastating pandemic in recent decades was going to be found in distant lands. And not only that, but today you are experiencing what it is like to live the new  coronavirus  resurgence on the other continent. Although it emphasizes that the city is very supportive, and that Angela Merkel, does not allow anyone to stay out of state aid.

In dialogue with El Once, Sofia reported  how the second wave of COVID-19 is being traveled in  Germany  . In this regard, he said that the population is experiencing a situation complicated by the progress of winter. It happens that the cold does not help with the disease, and the numbers that are recorded in Berlin reveal it. He also said that only supermarkets and pharmacies are open. That is, the only businesses enabled are those destined to meet basic needs. At the same time, bars and restaurants are completely closed, while clothing stores or hardware stores only allow online shopping.

The young woman said that in the city  they decreed a strict curfew from 23 to 6 . This is a measure that they had not previously lived and involves many street checks. He also referred to the functioning of education in this difficult context and stated that schools are partially closed. This is because teachers and teachers continue to go to work to assist the children of essential workers.

Sofia commented that in Berlin health is not public, and that it is expensive. Today, the focus is fully placed on adults over 80 years and infected people. As for the health system, he argued that it was fortunately not collapsed, which responds to the same priorities that were established. He explained that although there are many infections, the death rate is relatively low. However, he emphasized that a complicated situation is going through, and that it is expected to last until April.

On the other hand, he referred to the vaccination process being carried out in Germany. There, he narrated that authorities are using the Pfizer vaccine, which has 600,000 inoculated so far. According to entrerriana, the goal is to apply the dose to 30,000 citizens per day.

When asked about how he sees the situation in Argentina with regard to a second wave, Sofia took advantage of sending forces.  Under this line, he said that the best advice he could give to the local population is to take care of and respect the measures. In addition, he recommended to have a lot of patience and avoid getting into despair . Words that could serve as encouragement in times of frustration and fear in the face of an eventual resurgence on the Argentine soil. This is a horizon that, according to our authorities, we are in time to fight it if we try to maintain commitment and social responsibility.

The heroes of the pandemic