Home People Argentines around the world The doctor who had everything in Canada, but wanted to return 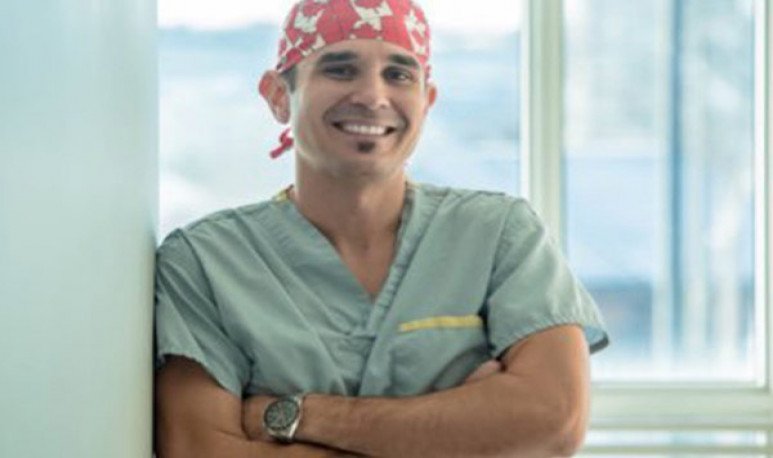 We tell you the story of  cardiologist  Pablo Lamelas because he has many factors worth imitating. Because of his family's socio-economic position, this  rosarino could have “made the iron” with a much quieter life.   However, he specialized abroad. And, being able to have developed a successful career in Canada, he opted to bring his knowledge and experience to his country.

Pablo is the son of the owner of Lamelas Propiedades, a very important Rosarina company.   However, he left aside the family business to, in a short time, become the right hand of Samil Yusuf, recognized as an eminence of modern epidemiology. With 30 years of age, Rosarino served at Hamilton General Hospital in Canada having performed more than 40 catheterizations.

Lamelas is a doctor graduated from the Instituto Universitario Italiano de Rosario (IUNIR). He then obtained the title of Interventional Cardiologist at the Instituto Cardiovascular de Buenos Aires (ICBA). It is the largest cardiologist center in Argentina. He is also Director of Research at the Latin American Society of Interventional Cardiology.

During his training in Buenos Aires, after a residence, Pablo was elected chief and included in the ICBA  honorary  team where he presented more than ten original scientific papers accepted by the Argentine Cardiol Society logical.

The early growth in his medical career gave Rosarino the logical chance to continue growing outside his country, and he was a research  fellow  at the Population Health Research Institute in Hamilton, Canada. There he participates and collaborates in studies coordinated by the aforementioned Dr. Yusuf. He is considered one of the parents of modern epidemiology.

Pablo had already managed to serve as a  university teacher in the northern country and had a career ahead there.  But he decided to bring his full potential back to Argentina.

An ace of hearts

Paul's passion for medicine came very early in his life. Her grandmother's husband was a leading doctor with his own hospital and even Mayor of his hometown. He understood that as a firstborn he could follow his legacy.  Already at the age of 22 he had his medical degree . A precocious.

When he arrived at the prestigious institute where he trained in Buenos Aires, he was in the top 3 cardiovascular surgeries in the country.

Then Paul  saw that his next step should be on the outside . Thus, the place you were in Canada has the oldest Department of Clinical Epidemiology in the world, where evidence-based medicine was invented.

The success of his experience in Canada may not only be measured by the knowledge he acquired and knows how to translate them today in Argentina, but there is something else, that is nothing less than being able to transmit his knowledge as a teacher. Teacher at a first world university, taught to future doctors of the first world. But today, he teaches them at a distance. And not only because of the COVID-19 context, but  because Pablo had already decided to return to Argentina.

The professional explains that he lived four unforgettable years. But he also says that, as an Argentinean, he enjoys a lot of living in his country, our customs and even food. The decision to return, then, was already before he left. It was always a transient thing to then come back and give the best care to his compatriot patients.

Paul says that  when you leave Rosario, he realizes what he has and what his city gives you.   It is that the great urban center that is Rosario, has a range of options to study a tertiary and/or university career, and even more so in medicine.

Why is today Doctor's Day?